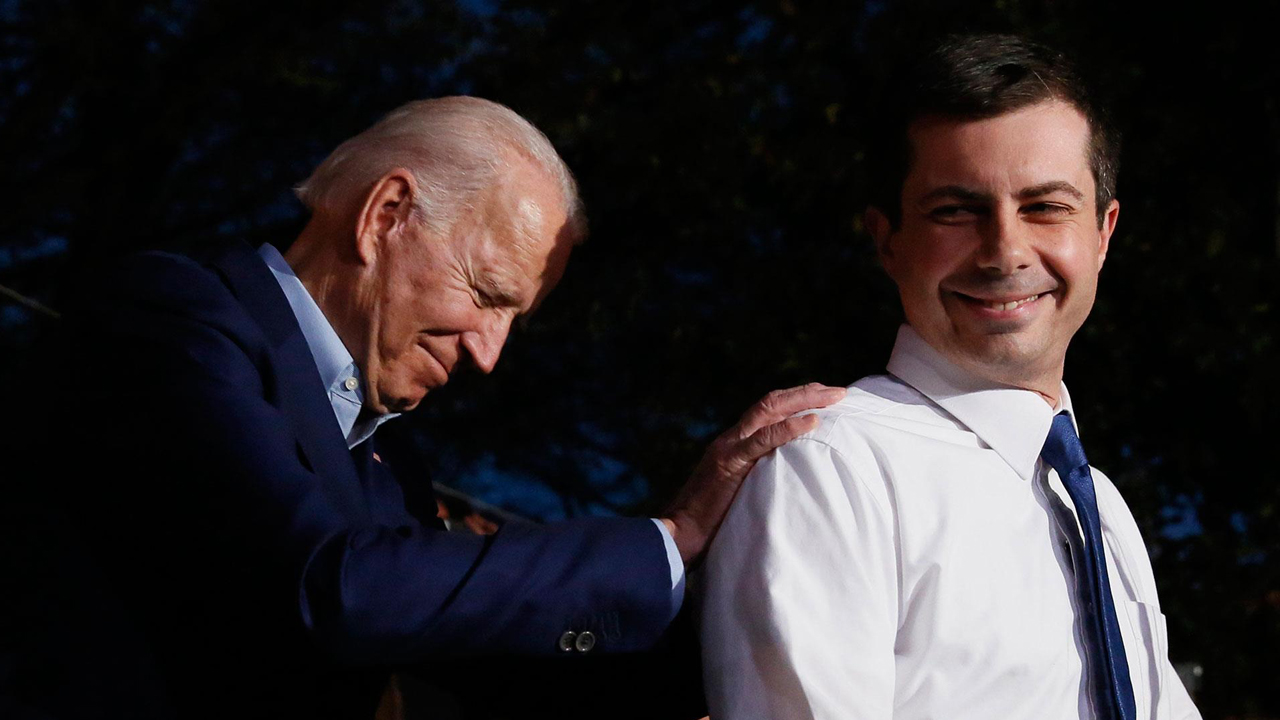 On December 15, the day after the Electoral College certified Joe Biden as the next President of the United States, Biden announced that he has nominated former Presidential candidate and South Bend, Ind. Mayor Pete Buttigieg as his Transportation Secretary.

“The choice—which represents the first time the President-elect has called on one of his former Democratic Presidential opponents to join his Administration—vaults a candidate Biden spoke glowingly of after the primary into a top job in his incoming Administration, and could earn Buttigieg what many Democrats believe is needed experience, should he run for President again,” CNN noted. “The role of Transportation Secretary is expected to play a central role in Biden’s push for a bipartisan infrastructure package. Buttigieg is seen as a rising star in the Democratic Party, but someone who lacked an obvious path to higher elected office, given the continued rightward shift of his home state of Indiana.”

Buttigieg, CNN said, “emerged as the leading candidate for the Transportation Secretary role in recent days. The former mayor was considered for a host of other posts, including U.S. Ambassador to the United Nations and Commerce Secretary. Other Democrats were also considered for the post, including former Chicago Mayor Rahm Emanuel, Los Angeles Mayor Eric Garcetti and Rhode Island Gov. Gina Raimondo.”

Prior to running for President, Buttigieg served as the 32nd Mayor of South Bend, Ind., for eight years, beginning in 2012. “With bold thinking and innovative leadership, Buttigieg revitalized a city that had been struggling for decades after the Studebaker auto company collapsed and was once called one of America’s ‘dying cities,’ the Office of the President-elect noted. “He brought South Bend back from the brink, creating thousands of jobs and spurring local investment during his tenure. His ‘Smart Streets’ initiative helped change the fortunes of downtown South Bend — revitalizing the city, redesigning the streets, and bringing in major economic investment.

“Buttigieg was a top contender for the 2020 Democratic nomination, the first major openly gay presidential candidate to win a state caucus or primary in American history, and one of the youngest candidates ever to do so. His candidacy brought a relentless focus on reimagining the future of our economy — calling every community to common purpose around creating good jobs and resilient infrastructure for all Americans.”

In addition to his service as mayor, Buttigieg was an intelligence officer in the United States Navy Reserve. He deployed to Afghanistan in 2014, eventually earning the rank of Lieutenant. A native of South Bend, Buttigieg graduated from Harvard University and was a Rhodes Scholar at Oxford University. He did not seek reelection as South Bend mayor in 2019, and became a consultant at McKinsey & Company in Chicago.

If confirmed, Buttigieg, who endorsed Biden for President one day after ending his own campaign and later joined the President-elect’s transition team, would be the first Senate-confirmed LGBTQ Cabinet Secretary.

“Mayor Pete Buttigieg is a patriot and a problem-solver who speaks to the best of who we are as a nation,” Biden said in announcing his choice. “I am nominating him for Secretary of Transportation because this position stands at the nexus of so many of the interlocking challenges and opportunities ahead of us. Jobs, infrastructure, equity, and climate all come together at the DOT, the site of some of our most ambitious plans to build back better. I trust Mayor Pete to lead this work with focus, decency, and a bold vision — he will bring people together to get big things done.”

Vice President-elect Kamala Harris added, “One of the most important parts of building America back better is ushering in a safe, modern, and sustainable transportation system that helps us grow our economy, tackle our climate crisis, and connect all Americans to jobs and opportunity. Mayor Pete Buttigieg is an outstanding choice to help spearhead this work. An innovative problem solver and trailblazing public servant, Mayor Pete is deeply committed to bringing people together and upgrading our transportation system in a way that serves Americans of all backgrounds and communities of every size — urban and rural — across our country.”

The American Public Transportation Association (APTA), American Short Line and Regional Railroad Association (ASLRRA), Association of American Railroads (AAR), Railway Supply Institute, OneRail Coalition and Sound Transit are among those that have announced their support of Buttigieg. Their statements follow.

“The American Public Transportation Association (APTA), on behalf of the public transportation industry, congratulates Mayor Pete Buttigieg on his nomination as the Secretary of Transportation.

“President-elect Biden has selected an outstanding nominee as Mayor Buttigieg brings a wealth of knowledge to DOT and will be a strong leader for the Department. As Mayor of South Bend, Indiana, he worked closely with the South Bend Public Transportation Corporation during his two terms and understands the power of public transportation in meeting the social and economic needs of communities. His tenure as Mayor saw an emphasis on a complete streets approach and green transportation initiatives and, as a 2020 Presidential candidate, Buttigieg outlined an infrastructure plan centered on a ‘Vison Zero’ policy and the need to address the immense public transit state-of-good-repair backlog facing the nation.

“The public transit industry has faced tremendous challenges in 2020 but has continued to serve millions of essential workers and their communities despite devastating financial hardships. In the coming year, we will need to tackle a multitude of issues, and we look forward to partnering with Congress, the Biden Administration, and Secretary Buttigieg to provide emergency funding to keep our systems running and to move forward with a long-term surface transportation reauthorization.”

“ASLRRA welcomes the announcement of Mayor Pete Buttigieg as President-elect Biden’s intended nominee for Secretary of Transportation. His background as mayor, his military service and his experience as a presidential candidate have well-prepared him to understand the importance of freight transportation services and infrastructure. His reputation as a practical problem-solver with a vision for the future is a great match for our industry, and we look forward to working with him and his team at the USDOT. Short lines are well positioned to address many of President-elect Biden and Buttigieg’s priorities—to grow the economy and to connect thousands of agricultural, energy and manufacturing employers in rural and small town America to domestic and global markets in a safe, efficient, and environmentally friendly way.”

“AAR welcomes President-elect Biden’s selection and congratulates Mr. Buttigieg on his nomination. Former-Mayor Buttigieg’s forward-looking approach supported by data-driven decision making will serve him well as the next Secretary of Transportation. On behalf of AAR and the nation’s rail industry, we look forward to working with Mr. Buttigieg to modernize the nation’s surface transportation.”

“RSI congratulates Mayor Pete Buttigieg on his nomination to be the next U.S. Secretary of Transportation. As a former mayor, Pete Buttigieg knows firsthand how rail infrastructure investments can strengthen our communities and deliver thousands of well-paying jobs to American workers, and we look forward to working with him in his new role at the Department of Transportation.”

“The OneRail Coalition welcomes the nomination of former Mayor Pete Buttigieg to be Secretary of Transportation. He brings a unique perspective on transportation’s vital role in the U.S. economy and the importance of infrastructure as well as a willingness to move in new directions to address the critical issues facing the transportation sector during these unprecedented times and into the future.

“We look forward to working with Secretary-designate Buttigieg and the Biden-Harris Administration to advance policies that underscore the benefits of a strong freight and passenger rail system in addressing the climate challenge, providing well-paying jobs, and ensuring safe, efficient transportation of goods and people.”

“I’m ecstatic that President-elect Biden is expected to nominate a shrewd and proven municipal leader to head the Transportation Department. Mayors know what it means to be on the hook to deliver. And they know that mobility is elemental to the quality of life of our citizens, especially those who depend on local government to provide that mobility. As a presidential candidate Mayor Buttigieg spotlighted the importance of transit to fueling America’s success. His support for keeping America moving alongside the great breadth he demonstrated as a candidate will serve the nation well as he tackles many disparate challenges at the Transportation Department.”