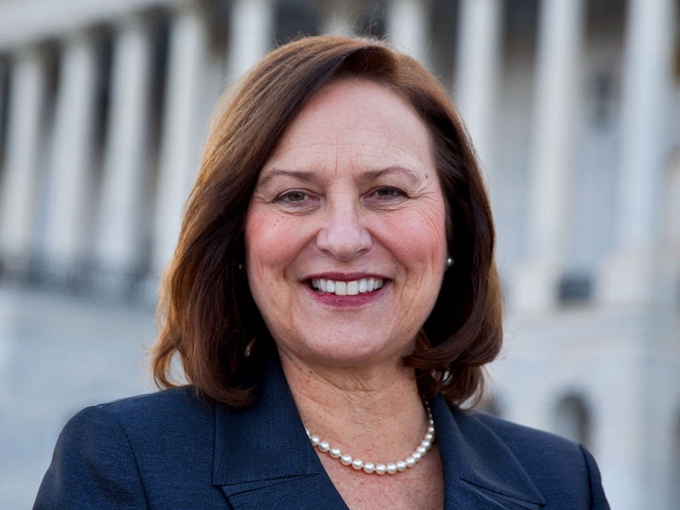 Legislation to improve rail safety through amplified use of the free-market forces of competition and innovation has been introduced in the Senate by Surface Transportation Subcommittee Chairman Deb Fischer (R-Neb.).

The Railroad Advancement of Innovation and Leadership with Safety (RAILS) Act, S. 1451, would allow for performance-based safety standards in place of traditional command-and-control prescriptive regulation, and mandate that future Federal Railroad Administration (FRA) rulemakings be based on data-driven sound science validated through transparent peer review.

More specifically, performance-based safety standards mean rather than the FRA prescribing particular actions, such as mileage-based brake tests and specific operations and maintenance procedures, the agency would specify a safety outcome—such as a maximum accident-type rate or component failure rate—and allow each railroad to devise its own cost-effective means of achieving that target.

Academics Jerry Ellig and Patrick McLaughlin, who have examined performance-based standards used in other high-risk industries, conclude that requiring the meeting of an objective rather than specifying how to arrive at a solution “allows businesses to adapt more easily to technological advancement and long-term industry trends [and] encourages innovation and unique problem-solving that regulators may be less alert to than the industry experts working in the field.”

That there was no press release accompanying the RAILS bill, and that it has yet to gain a co-sponsor, suggests it is a work-in-progress to be modified in hearings by the Senate Commerce Committee, which encompasses the Fischer-chaired Surface Transportation Subcommittee. Performance-based safety standards were discussed briefly earlier this year in hearings by a House Rail Subcommittee, but no draft legislation has emerged.

Senate hearings on the RAILS bill are thought doubtful before fall. As it is increasingly likely that confirmation hearings on a new FRA administrator, yet to be nominated, will not occur before then, the nominee can expect extensive questioning as to understanding and support for performance-based safety standards.

At the core of performance-based safety standards is accurate data, with the legislation emphasizing stakeholder participation early in the process to ensure “up-to-date and relevant data, appropriately validated [computer] models and formulas, and independent peer review” to produce “statistically significant findings.” Railroads have been perplexed in recent years by hastily issued Emergency Orders lacking, they say, “theme or theory.”

Illustrative of the benefits of competing approaches to rail safety is the advancement of electronics miniaturization achieved by rival manufacturers tinkering with different engineering designs.

Few would argue that regulators, no matter their professional credentials, match rail management’s knowledge of operations and proficiencies. Mandated compliance with brake tests every 1,000 miles, for example, can divert attention from other strategies that may be more cost-effective and lead to safer results. A performance-based safety standard could allow trains to travel to destination without intermediate brake inspections if, for example, data validate that brake-related failures are below 2%.

However, the bill acknowledges that performance-based safety standards are not appropriate in all instances. For example, many FRA prescriptive regulations follow congressionally imposed statutory requirements.

The Association of American Railroads was quick to offer its support for the RAILS bill, telling Railway Age that the industry supports “a departure from today’s prescriptive, command-and-control approach to rulemaking to one encouraging innovation with a focus on outcomes.”

Rail labor historically has opposed performance standards as an undesired disturbance of job assignments. A senior rail labor official, asking not to be identified and saying he was not speaking on behalf of his union, told Railway Age that a reliance on data-driven outcomes “encourages under-reporting to achieve numbers indicating safety objectives are met.”

Some two decades ago, former FRA Administrator Jolene Molitoris, a Democrat, promoted performance-based safety standards, as did Deborah Hersman, a Democrat when chairman of the National Transportation Safety Board. At the time, rail labor officers offered positive feedback through a Molitoris-created Rail Safety Advisory Committee (RSAC). A committee of the National Academy of Science’s Transportation Research Board also was supportive of performance-based safety standards.

The effort subsequently fizzled, with both management and labor alleging available data often was imprecise and unreliable. Hence, the RAIL bill’s requirement that sound science and transparent peer review validate all data.

A more immediate reason for Fischer’s rail-industry supported RAILS bill appears to be frustration with actions by former Federal Railroad Administrator Joseph Szabo, a Democrat who previously was a career rail labor official.

His attempt to mandate, through prescriptive regulation, two-person train crews absent evidence of safety benefits—the Notice of Proposed Rulemaking relied, instead, on multiple declarations of “we believe”—so concerned the Obama Administration’s reviewing Department of Transportation and White House Office of Management and Budget that it was tabled, and Szabo shortly thereafter resigned.

Also troubling to railroads and the scientific community was another Szabo-sought prescription—mandating electronically controlled pneumatic (ECP) brakes, described by Sen. Fischer earlier this year as “a multi-billion-dollar mandate without clear safety benefits. In fact, several railroads had tested and then abandoned these systems—a fact effectively disregard by the FRA … followed by an ideological ‘government knows best’ public relations campaign.” The Government Accountability Office criticized the FRA’s underlying research as having “lacked transparency,” Fischer said.

At a February subcommittee hearing, Fischer telegraphed that a legislative requirement for performance-based safety standards was being prepared. “Congress must act to improve the use of data, risk-based analysis, transparency, collaboration and objective-based rules at the FRA,” she said.

Support for performance standards should not pit Republicans against Democrats in Congress. President Obama directed the use of performance-based regulation in Executive Orders 13563 and 12866, which instructed federal agencies, “to the extent feasible, specify performance objectives rather than specify the behavior or manner of compliance that regulated entities must adopt.”