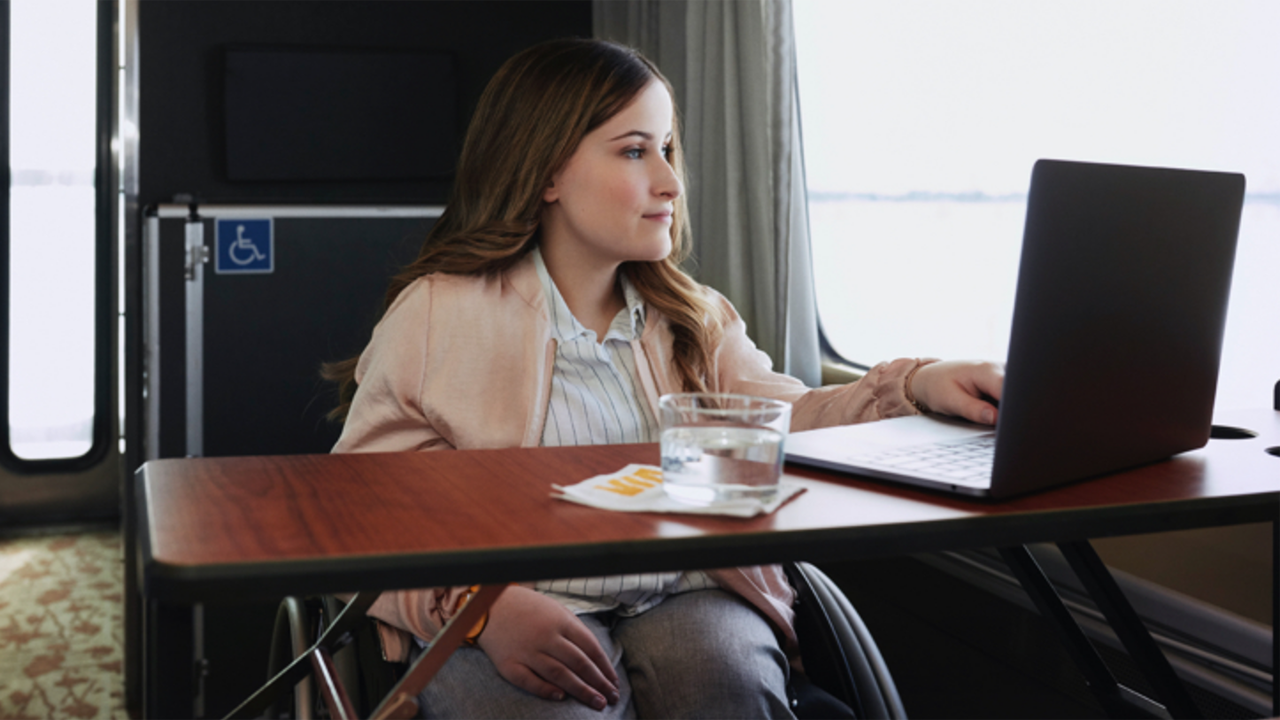 VIA Rail has released a 2022-25 Accessibility Plan that will help provide riders “a barrier-free travel experience from reservation to destination.”

San Diego MTS on March 17 reported preliminary ridership estimates for the week of March 7-10, which show that:

• Ridership was up to 197,000 trips per weekday, which is approximately 70% of the pre-COVID baseline and the highest ridership has been since the start of the pandemic.

• Trolley ridership has grown to more than 80% of the pre-pandemic level.

“MTS was budgeting for an 11% increase in ridership over last fiscal year,” MTS CEO Sharon Cooney said. “Our new estimates show ridership will jump 45% over the previous year. We still have room to grow to get back to pre-pandemic levels, but these are great indicators. This sustained growth coupled with recent ridership spikes prove that people are motivated to save money, and still know that transit is a safe and affordable way to get around.”

To help boost ridership and educate riders about the costs of driving vs. taking transit, MTS has launched digital advertisements as well as a dedicated webpage with a commute calculator. The calculator factors in information such as commuting miles, estimated miles per gallon, parking costs, number of days commuting, and price per gallon of fuel.

MTS operates more than 100 bus routes and three Trolley lines in 10 cities and unincorporated areas of San Diego. Frequencies and spans have been restored to near-pre-COVID-19 levels.

VIA Rail Canada has submitted to the Canadian government its 2022-25 accessibility plan (download below), which builds on the railroad’s universal accessibility policy. With 6.2 million people across Canada identifying as having a disability—a number that is projected to increase as the population ages—the plan “charts the course for a more accessible and inclusive experience for employees at work and for passengers along their journey,” according to VIA Rail.

Highlights of the accessibility plan include:

• Ongoing accessibility awareness training for all VIA Rail employees.

• Improved equity in recruitment. VIA Rail said it will achieve this “by removing bias in the hiring process and making our accessible hiring policy more visible to job seekers.”

• An accessible procurement process. The aim, VIA Rail said, is “to incorporate accessibility early on in decision-making before projects are launched.”

The railroad has also established a Universal Accessibility Advisory Committee, which it said comprises “various groups who defend the rights of people with disabilities” and will help plan future accessibility projects.

“VIA Rail is committed to tailoring our services to … changing demographics,” President and CEO Cynthia Garneau said. “We understand the importance of listening to our passengers as we work toward offering barrier-free transport, which is why we consulted a wide range of advocacy groups as we developed this plan to make sure we were capturing the needs and expectations of the diverse Canadian population.”

“VIA Rail teams have been working to improve accessibility for years ahead of this plan,” said Ben Marc Diendéré, Chief Public Affairs and Communications Officer. “Whether it’s the new fleet of trains that will deliver an unparalleled, barrier-free and fully accessible travel experience; on-board announcements; or accessibility improvements to the Ottawa station, we have taken important actions already and will continue to ensure that we work to create an environment in which all people can travel autonomously and confidently.”