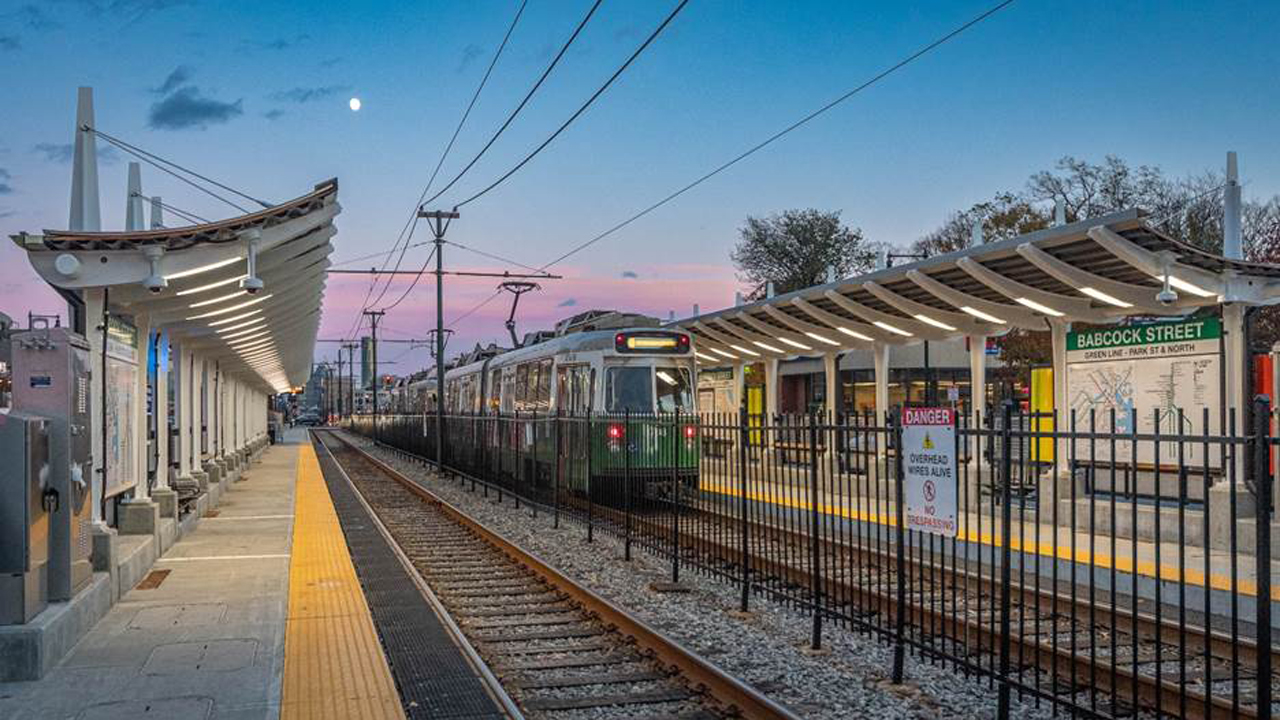 On Nov. 16, MBTA marked the completion of the $29 million B Branch Station Consolidation project.

The Metropolitan Atlanta Rapid Transit Authority (MARTA) will kick off its system-wide Rail Station Rehabilitation Program on Nov. 22. In addition, the Massachusetts Bay Transportation Authority (MBTA) on Nov. 16 marked the completion of the B Branch Station Consolidation project, and the Board of Directors for Chicago’s Metra has approved renovations to an Electric Line station and the purchase of 650 new ticket vending machines.

MARTA is holding a groundbreaking ceremony on Nov. 22 for the $10 million renovation of Indian Creek rail station, marking the start of the agency’s $300 million Rail Station Rehabilitation Program.

Indian Creek rail station is the easternmost terminus of the Blue Line and averages nearly 10,000 riders per week. Station improvements will include a new lighted walkway from the parking lot to the station; replacement of all signage and damaged concrete; new public restrooms; tile cladding on the concourse level; and new landscaping. Axis Infrastructure is project designer and Carroll Daniel Construction Company and C.D. Moody Construction Company will carry out the work, which is being funding through the penny sales tax in DeKalb County, Ga.

Construction started in March 2021 and was accelerated for seven weeks, allowing MBTA to complete the project months ahead of schedule, the agency reported.

“Built in less than a year, the B Branch Consolidation project improves safety and accessibility as well as shortening the ride in this busy area,” MBTA General Manager Steve Poftak said. “The completion of this project, alongside track and intersection upgrades, not only improves the efficiency of Commonwealth Ave., but also enriches the experience of riders from Boston College to downtown.”

“I want to personally thank our riders and the communities we serve along the B Branch for their patience as we made these critical accessibility improvements bringing two new accessible stations to the Green Line,” MBTA Chief of Capital Transformation Angel Peña said. “As we continue to make significant investments to our infrastructure, we are not only thinking about improvements to meet the needs of today, but also those of the future. This kind of holistic planning yields a more efficient use of funding and minimizes the amount of disruption to service for all riders.”

The Metra Board of Directors has approved a $13 million contract for the rehabilitation of the 147th Street/Sibley Boulevard Station on the Metra Electric Line.

The project, which is expected to take 15 months, is the first major upgrade to the facility since 1989. It includes replacing the existing concrete platform with a composite version; replacing the existing headhouse and passenger shelters; adding a canopy that covers most of the platform area; and adding an elevator for accessibility. The project also includes street-level improvements, such as a new entrance with covered staircase; upgraded pathways to the main parking lot on the east side of the tracks; and new lighting on the platform and along the sidewalk under the tracks.

Elgin, Ill.-based IHC Construction Companies LLC will perform the work, which is being funded through the state’s Rebuild Illinois bond program.

The Metra Board also approved a two-phase contract with VenTek International, of Petaluma, Calif., for a total of 650 ticket vending machines. The cost, including acquisition and five years of support and maintenance, is not to exceed $70 million, the agency reported.

In the first phase, 225 new machines will replace 45 existing machines at downtown stations and the busiest Metra Electric Line stations as well as the existing point-of-sale credit card readers at 58 manned stations. Another 75 new machines will be installed to pilot a proof-of-payment system. The second phase is an option and would add 350 more machines so that all 242 Metra stations would have at least one ticket vending machine.

The ADA-accessible machines will accept cash or credit, and will sell any Metra ticket, printing them at the time of purchase to save on costs, and will be available 24 hours per day.

Metra said it expects to begin installing the first-phase machines in mid-2022 and to finish a year later.

“These machines will allow Metra to meet a longstanding goal of eliminating cash sales of tickets onboard trains, and all the accounting hassles and safety issues that go with onboard cash sales,” Metra Executive Director/CEO Jim Derwinski said. “But they also will do much, much more, such as make tickets easier and more convenient to purchase, reduce person-to-person contact, speed up fare validation, reduce missed sales, reduce fare evasion, reduce printing costs, and allow for more flexible and promotional ticketing.”