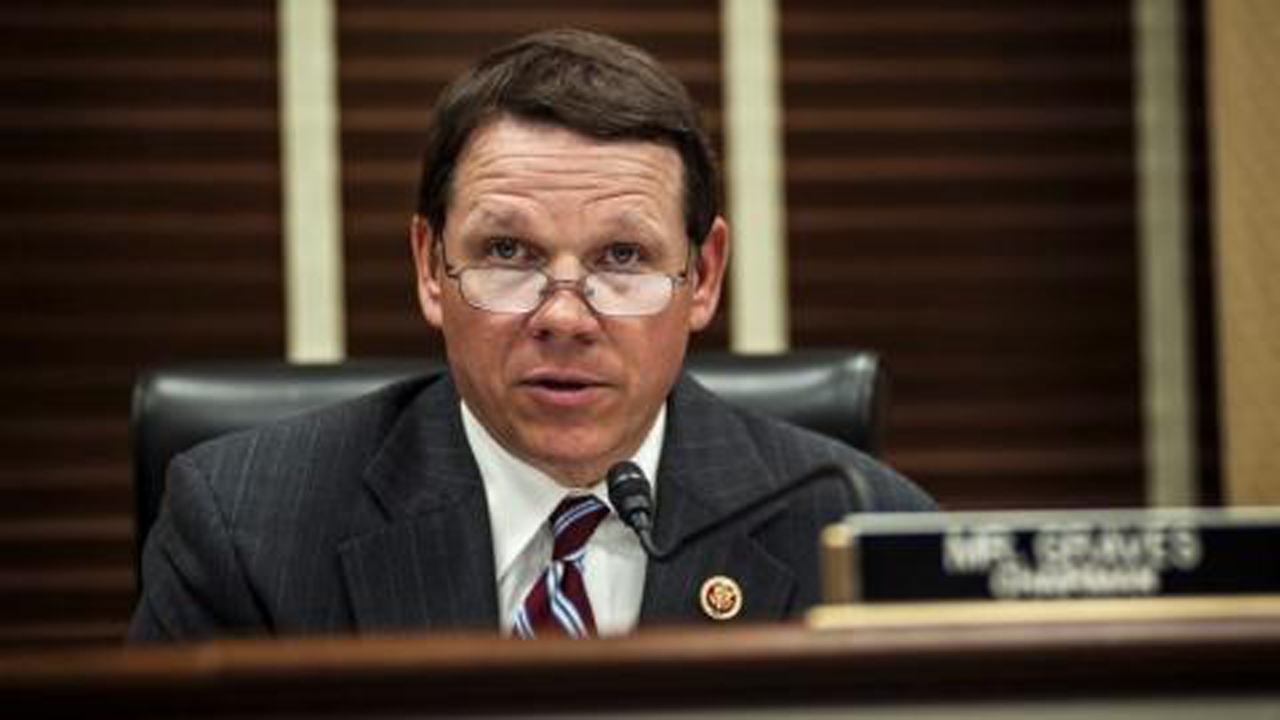 Congressional Republicans have presented their own infrastructure proposal in response to the $1.9 trillion bill supported by Congressional Democrats and the Biden-Harris Administration. Their bill, sponsored by Sam Graves (R-Mo.), Ranking Member of the House Transportation & Infrastructure (T&I) Committee, and Rodney Davis (R-Ill.), Ranking Member of the Highways and Transit Subcommittee, has almost no rail content.

The Surface Transportation Advanced through Reform, Technology, & Efficient Review (STARTER) Act 2.0 “provides more than $400 billion over five years—the largest percentage increase for these programs in the past quarter-century—for the federal highway, transit, and motor carrier and highway safety programs,” Graves and Davis said in a press release. The bill calls for a streamlined process for environmental review under the National Environmental Policy Act (NEPA), a long-held goal of Republicans, who have consistently objected to lengthy reviews that they claim delay highway projects and other measures they support. “Streamlining the federal permitting and environmental review process absolutely must be a part of an infrastructure package,” Davis said.

“Republicans want to work together on bipartisan infrastructure solutions, but in order to reach that goal, key principles must be addressed in this process,” Graves said. “The STARTER Act 2.0 puts forward our Republican principles; provides historic levels of funding for our roads, bridges, and other surface transportation infrastructure; and ensures that we invest those funds wisely and efficiently.”

There was no mention of the word “rail” in the statement, which implies that “roads and bridges” are established “Republican principles,” but rail infrastructure is not.

While Democrats would probably not object to the last three bullet points, the bill clearly asserts the primacy of highways over other modes, and the preference for rural areas—places with high concentrations of Republican voters—over urban areas, where many Democrats live.

Part of the Republican legislative package is Title III, relating to “public transportation” and titled the Federal Public Transportation Act of 2021. It contains 13 sections (numbered 3001 to 3013) and occupies Pages 101 to 122 of the 268-page bill.

The entire bill can be downloaded here:

A ten-page summary, with provisions about “public transportation” at 4-6, can be downloaded here:

In short, the bill would favor the private sector and rural areas over urban, and specifically include grants for bus facilities, without any such specific provision concerning rail. The summary does not mention rail at all.

While much of the text of Title III proposes tweaking the language in the provisions that now govern grants for transit purposes under Title 49 of the United States Code, it would leave the basic structure intact for grants:

Funding under §5311 can include operating assistance, but the other provisions allow capital grants only.

Some of the changes proposed in the Republican bill:

There are other provisions designed to benefit rural areas at the expense of urbanized areas:

Title VI of the overall bill concerns such grants, and only one category concerns “advanced public transportation systems,” whatever that means. The others concern technology such as autonomous motor vehicles.

Section 7004, part of a title that concerns “resiliency,” mentions transit only once, modifying 49 U.S.C. §5324: “Establishes that funding provided under the FTA’s Emergency Relief Program for mitigation activities supports projects that are cost-beneficial and will reduce actual risk.” That determination would be left to the Secretary of Transportation, and the provision gives no guidance for making such a determination.

Much of this bill’s language is outside the purview of rail transit. That is due in part to the lack of rail under the jurisdiction of the Rural and Small Starts Program under §5311, which the bill would modify as described here. More generally, there is very little mention of “trains” or “rail” in relation to passenger service. The only provision that specifically relates to rail is §8001, which would keep freight cars manufactured by Chinese SOEs (state-owned entities) like CRRC out of this country, purportedly due to concerns about sensitive technology.

While there was little mention of rail generally, including freight, the Association of American Railroads (AAR) issued a statement supporting the bill: “President and CEO Ian Jefferies applauded the House Transportation and Infrastructure Committee Republicans release of their surface transportation reauthorization legislation … Consensus around the need for significant, forward-looking infrastructure investments continues to gain speed. The newly introduced STARTER Act 2.0 is a thoughtful effort to responsibly address our current funding challenges, improve project delivery and make meaningful progress on a VMT (vehicle-miles-traveled) fee, which could provide more sustainable funding for the Highway Trust Fund. Railroads encourage members of Congress and the Administration to keep working toward a bipartisan solution that will help our economy compete today and in the future … Railroads have long supported restoring the Highway Trust Fund to a user-pays system and moving longer-term to a system that accounts for all users’ impact on the infrastructure they use such as a VMT fee. The STARTER Act 2.0 encourages additional states to launch VMT pilot programs and builds on the success of existing programs. The legislation would also enhance data collection and analysis to aid discussions about implementing a national VMT program in the future.”

VMT is apparently enough of a hot-button issue for the AAR to support what is a highway-oriented bill that contains very little for rail. While many transit and environmental advocates have called for a VMT-related allocation of costs to highway users as an alternative to a levy on carbon-based motor vehicle fuels, that does not explain the AAR’s concern. The AAR statement fails to address the importance, especially to non-motorists and low-mileage motorists, of the use of general tax revenue to pay for maintaining the highway system.

At this writing, neither the American Public Transportation Association (APTA) nor Amtrak issued a statement concerning the Republican legislative proposal.