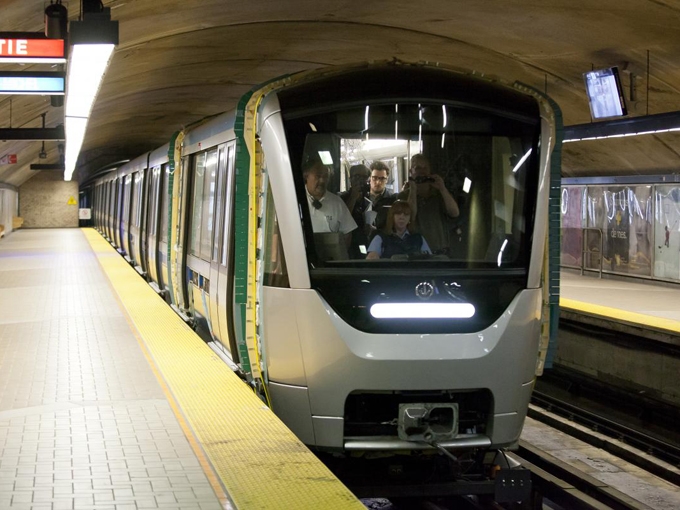 Société de transport de Montréal (STM) on Oct. 23, 2015 announced a three-year capital expenditures program valued at more than C$2.8 billion (US$2.1 billion). The plan outlines spending from 2016-2018 on those investments needed to upgrade or replace equipment and infrastructure approaching the end of their service life in the next few years.

STM said it “is investing to maintain its assets so that it can increase the reliability, punctuality and accessibility of transit services while improving customer information.” That represents “a huge challenge” because, during past decades, the company has accumulated a C$4.3 billion (US$3.3 billion) deficit. As a result, of the total capex program, 73% will be invested in equipment and what STM is calling “installations” over the next three years.

The 2016-2018 program outlines 43 projects, with 17 of them taking up 97% of overall investments totaling more than C$2.7 billion (US$2 billion). Several of these will contribute directly to “improving the transit experience for customers,” STM said. The agency is spending more than C$1.1 billion (US$835 million) to purchase 468 new Bombardier/Alstom MPM-10 (Montréal Pneumatic Material 2010) AZUR rubber-tired metro cars (52 nine-car trainsets), increasing passenger capacity by 8% once the system’s original, 1966-vintage MR-63 cars are totally replaced. It will also move forward with station renovations, earmarking more than C$277 million (US$210 million) for that program. Investments of nearly C$415 million (US$314 million) will be made specifically to phases III and IV of the Réno-Systèmes program.

The AZUR trainsets, like the Toronto Transit Commission’s new Bombardier “Toronto Rocket” steel-wheeled metro trainsets, feature full-width walkways between the cars that can be occupied by passengers, resulting in higher capacity. They are equipped with air suspension, larger windows and doors and wheelchair spaces, although most STM subway stations are not yet wheelchair-accessible. They also feature more natural lighting, high definition televisions, a new PA system and surveillance cameras.

Though the AZUR program has been impacted by STM’s financial difficulties, the procurement itself has been beset with delays and legal hassles. Originally ordered in 2011, the AZURs were expected to enter revenue service in February 2014 and replace the aging MR-63 fleet by 2018. A test trainset wasn’t delivered until April 2014, and earlier this year, STM said that the MR-63s would remain in service for at least several more years, as AZUR production was halted for at least six months due to delays with completion of ATC (automatic train control) software, infrastructure compatibility problems and financing issues. As of April 2015, only four fully functional AZUR trainsets were delivered to STM, while about three-dozen more individual cars were assembled before production halted.

The AZUR procurement dates to May 2006, when the Government of Quebec announced negotiations with Bombardier on a C$1.2 billion contract to replace the 363-unit MR-63 fleet. Alstom protested the provincial government’s and STM’s decision to award the contract to Bombardier without a bidding process. (Negotiations were to have focused on the project’s cost controls, contract terms, equipment specifications and warranty. If negotiations had failed, the Quebec government and the STM would have then initiated a bidding process.)

In January 2008, Quebec Superior Court Judge Joel Silcoff rendered a decision regarding Alstom’s filing of legal action against the Quebec Ministry of Transportation, which had sought to bypass the bidding process, citing that Bombardier was the only domestic candidate capable of fulfilling the contract. Silcoff ruled in favour of Alstom, enabling the company to bid on the contract. In February 6, 2008, the Government of Quebec decided to start the bidding process. In October 2010, the Quebec government officially awarded the contract to a Bombardier-Alstom consortium. In May 2013, the STM finished preparing tunnels for the reception of the first test train; this work included grinding some concrete on 200 meters of tunnels, as laser measurements indicated that some scraping might have occurred, due to the new trainsets’ softer air suspension system. Tests of the prototype revealed several incompatibilities with STM’s infrastructure. In January 2015 Bombardier suspended production for six months 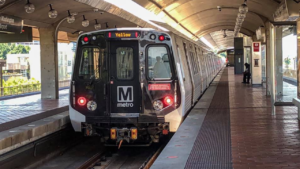 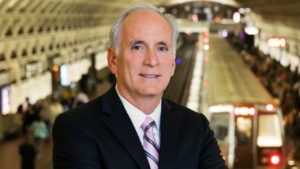