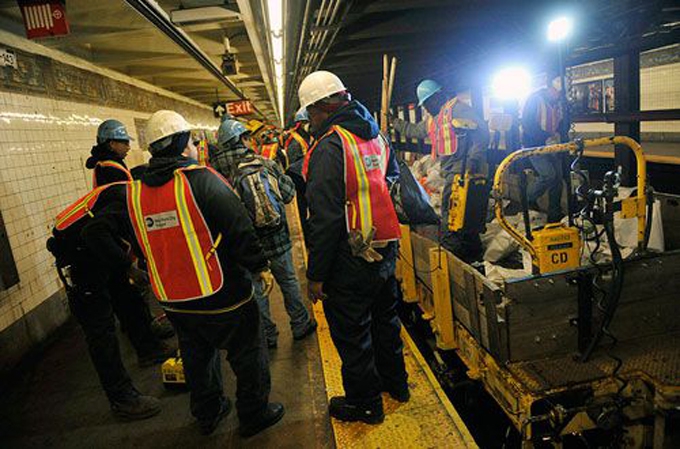 The Metropolitan Transportation Authority (MTA) board on Monday voted on measures to improve service for millions of New Yorkers who use subways.

Initiatives include the next phase of the 2nd Avenue Subway and enhancing train stations in Queens as part of a large-scale plan to overhaul more than 30 stations in the system in the 2015-19 Capital Program and a contract to shorten the 2019 Canarsie Tunnel closure by three months starting in April 2019.

The MTA board voted to award a contract for outreach services for the next phase of the 2nd Avenue Subway project, which advances north to 125th Street and will feature new stations at 106th and 116th Streets. The $7.3-million contract, awarded through a competitive procurement process to East Harlem Community Collaborators JV (a joint venture formed by Spectrum Personal Communications and Sam Schwartz Engineering DPC), will lead to the opening of a staffed Community Information Center (CIC) for the project at 69 E. 125th Street this spring. The CIC was previously located on Second Avenue between 84th and 85th Streets.

On New Year’s Day 2017, New York Gov. Andrew M. Cuomo celebrated the successful on-time launch of Phase 1 of the Second Avenue Subway by opening three new stations on Second Avenue at 96th, 86th and 72nd Streets, and an expanded 63rd Street and Lexington Avenue station. Phase 2 preliminary design and engineering work, as well as environmental studies, have already commenced. Once completed, a project schedule and budget will be established.

The board also voted to award a $150-million contract for the second set of stations in Gov. Cuomo’s ongoing Enhanced Station Initiative (ESI) to create new and dramatically improved subway stations throughout New York. The stations, which are all elevated, are located on the Astoria Line (N & W) in Queens, including the Broadway, 30th Avenue, 36th Avenue, and 39th Avenue stations. They will be renovated using a single-contractor, design-build method to cut construction time and save money.

The board voted to award an expedited contract to accelerate the rehabilitation of the Canarsie Tunnel, which carries L train riders under the East River, by three months. Judlau Contracting and TC Electric were selected in a joint venture for the $492-million project. Judlau successfully completed similar work on the Montague Tunnel in 2013 following Superstorm Sandy ahead of schedule. Penalties for any delays call for fines of $410,000 a day.

To keep up with MTA contracts and other industry projects, visit IRJ Pro.