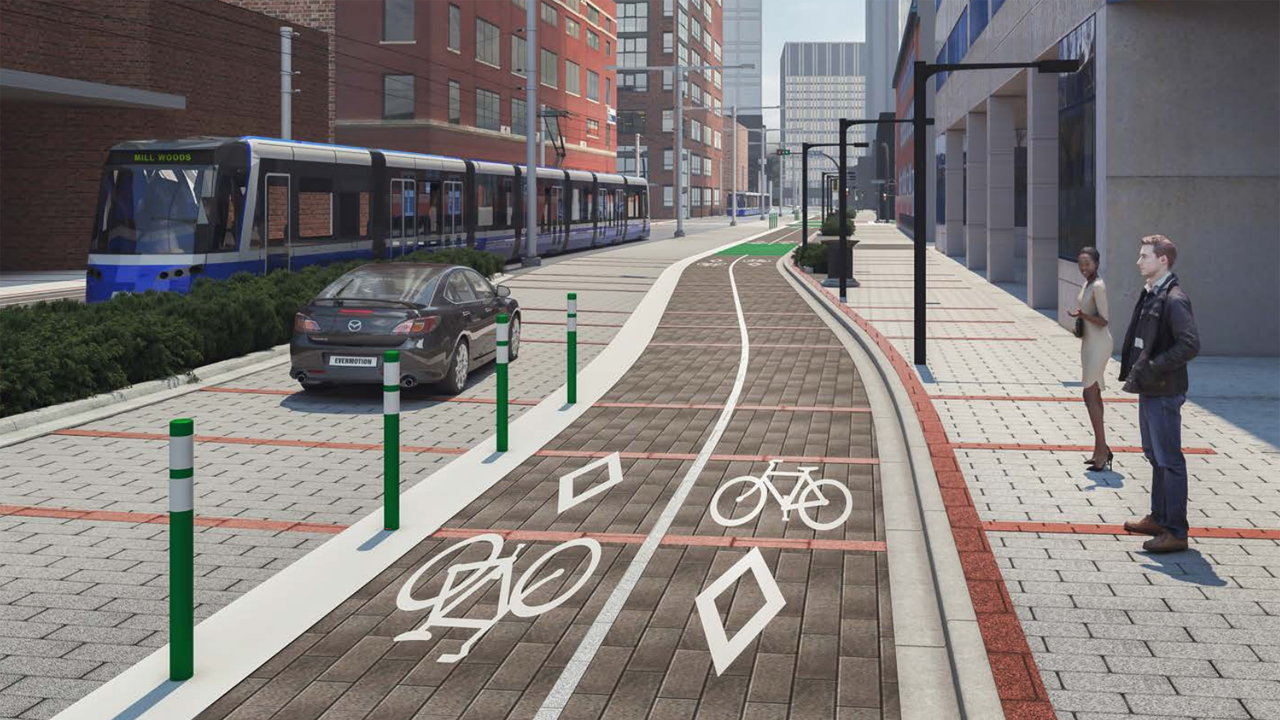 Construction began earlier this year on the C$2.6 billion Valley Line West project in Edmonton (Alberta) from downtown to Lewis Farms. It is expected to wrap up in 5-6 years.

The contract is expected to be finalized by Dec. 2, with LRV delivery beginning in 2025, the city reported on Nov. 10.

Eight teams provided technical submissions that met the city’s requirements, and three were shortlisted and invited to submit proposals in March 2021: Hyundai Rotem, CAF Group and Siemens Mobility Ltd. The city said it opted to separate the LRV procurement from the overall design-build-partially finance contract “after engaging with industry partners and reviewing the optimal risk allocation for the project.”

Marigold Infrastructure Partners, which was selected in December 2020 as Valley Line West contractor, began construction earlier this year on the C$2.6 billion extension project from downtown (102 Street) to Lewis Farms in west Edmonton (see map, left), and is expected to wrap up work in 5-6 years. The project has funding commitments from the province of Alberta and the government of Canada.

The west line will offer 14 street-level stops and two elevated stations (at the Misericordia Hospital and West Edmonton Mall) as well as two bridges; include a transfer point with the existing LRT system (Capital and Metro lines) at Churchill Square; and feature a 35-minute end-to-end travel time, with trains running every five minutes during peak hours. It is the second phase of the Valley Line, a 16.8-mile (27-kilometer) project that will connect Mill Woods in southeast Edmonton and Lewis Farms once complete.

The first phase, the C$1.8 billion, 11-stop Valley Line Southeast, is currently under construction and being delivered as a public-private partnership. TransEd Partners, the consortium of Bechtel, Bombardier, EllisDon and Fengate Capital Management, was awarded the 35-year P3 contract in February 2016 to design, build, operate, maintain and finance Valley Line Southeast. Twenty-six Bombardier Flexity Freedom LRVs will serve the line. According to the city of Edmonton, work on this line started first due to the need for the Valley Line to have its own maintenance facility, which will be located in the Wagner area.

The new Hyundai Rotem LRVs “will integrate with Valley Line Southeast to ensure a seamless ride between Mill Woods and Lewis Farms,” the city reported.