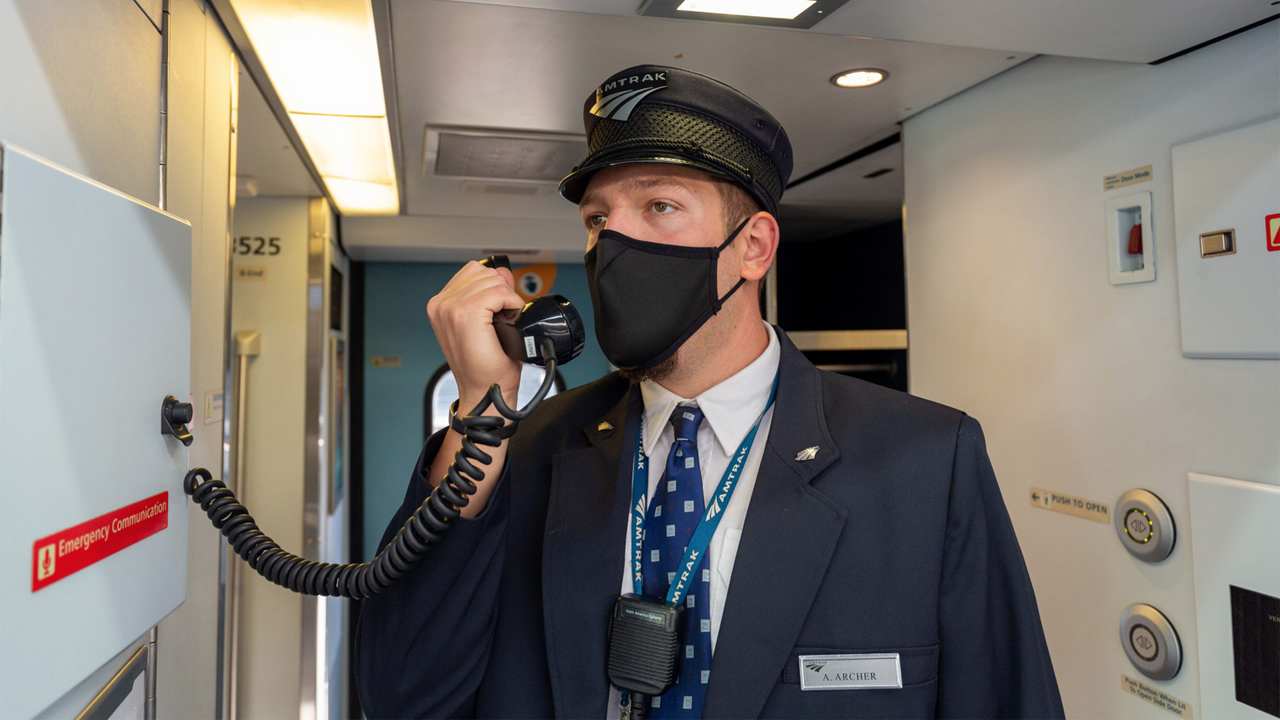 Railroads, including Amtrak, are hiring, but applicants are scarce. The Washington Post reports Amtrak is short 1,500 workers, and may be forced to eliminate some service, trim some daily long-distance trains to three times weekly, and delay inauguration of new routes. Already, Amtrak is operating at 80% of its pre-pandemic schedule.

Although Amtrak has a help-wanted sign hanging nationwide, one doesn’t fall off a turnip wagon to work on an Amtrak passenger train, a maintenance-of-way gang or in a repair shop. Earning a federal locomotive engineer license requires training for up to 24 months; and at least six months of training before certification as a conductor. Both positions require a mastery of safety protocols, operating rules and route familiarization.

Compounding the labor shortage are Amtrak employees selfishly thumbing their noses at medical science and refusing—for a host of reasons including misinformation spread via social media—to be vaccinated against COVID-19. Aside from putting their own and their families’ lives in danger, they threaten the health and lives of fellow employees and Amtrak passengers. Amtrak CEO William J. Flynn says some 6% of Amtrak’s current 17,000 employees so far have failed to be vaccinated and will be terminated Jan. 4.

As for potential new hires, many resist accepting jobs requiring nights away from home, flexible work schedules and weekend assignments—even when compensation tops $100,000 annually and includes incomparable healthcare benefits. Other potential new hires sadly are unable to pass drug-screening tests. “If we were fully staffed, we would be able to offer more schedule, where right now we’re unable to do that,” Qiana Spain, Amtrak’s Executive Vice President of Human Resources, told the Washington Post.

Neither scrubbing a vaccination requirement nor reducing training time are solutions. The unvaccinated pose too great a health threat to those with whom they come in contact. Cutting short stringent training requirements, even were it lawful under provisions of federal engineer and conductor licensing requirements, similarly puts in danger others’ lives.

But there is a near immediate solution.

With favorable congressional legislation and rail labor union cooperation, Amtrak—and freight railroads—could coax out of retirement recent retirees still in good health who might leap at an opportunity to return to work temporarily while efforts continue to find and train new hires.

Retirees could be returned to service rather rapidly with refresher training as is provided recalled furloughed rail workers. These seasoned veterans and their families long ago learned to balance the downsides of railroad work with the positives, with many being second, third and fourth generation railroaders. Moreover, they would be an asset in helping train the new hires.

Indeed, there are retirees who likely are bored or miss the workplace comradery. Others may have miscalculated financial needs in retirement, or would use the additional earnings for a luxury not previously considered. Still others have taken non-railroad employment at a fraction of their previous railroad compensation because current law prevents a return to railroad employment.

Coaxing retirees back to work might not be so difficult were Congress to pass legislation temporarily allowing continuation of monthly Railroad Retirement benefits plus a separate paycheck reflecting current railroad wage scales.

Congress has to act—and it could act quickly, as the fix is relatively simple and straightforward—because the law currently provides that “a railroad annuity is not payable for any month in which you work for a railroad, regardless of age or amount of earnings.”

A second snag relatively easy to undo is seniority. A rehiring bonus could be paid by Amtrak in exchange for the returning retiree going to the bottom of the seniority roster. Alternatively, temporary seniority roster adjustments could be made. In fact, the temporary rehires would not necessarily be bumping current Amtrak employees, but, in many cases, filling empty slots.

Unions would have incentive to facilitate a mutually acceptable answer to the seniority question as each union has been struggling financially from years of declining rail industry employment levels and would crave the near immediate workforce augmentation. Even under rail labor’s “union shop” agreements, there is a lag—sometimes of many months—in union dues payment by new hires; but returning retirees would immediately resume dues payment, while new hires eventually filling those slots would keep the dues money flowing.

This combination remedy of legislation and union cooperation could be extended to freight railroads similarly experiencing labor shortages.