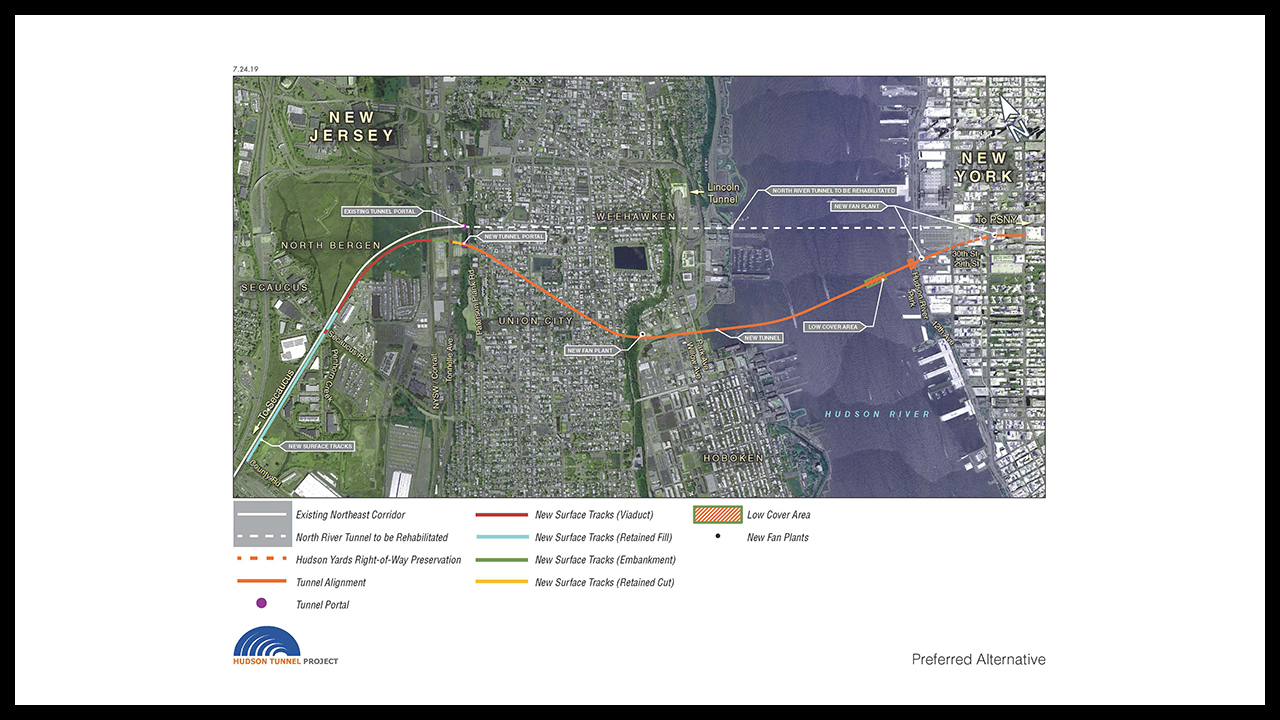 Amtrak, in partnership with NJ Transit and in coordination with the New York Metropolitan Transportation Authority, has entered into a $73 million, two-year contract with a team led by global engineering, consulting and design firm Arup to begin designing options for Gateway Program extensions and additions to the existing tracks, platforms and concourses in Penn Station New York. These facilities will be the first new ones since the original Pennsylvania Railroad New York Improvements Program in the early 20th century.

“The work is part of the overarching plan under the Gateway Program to roughly double capacity into Penn Station from the west (New Jersey, including two new tunnels under the Hudson River to supplement the existing, original twin tunnels), relieving a major bottleneck on the Northeast Corridor by allowing more trains to serve the nation’s busiest rail facility and improving reliability for customers,” Amtrak said. “This substantive railroad-focused work is a seminal piece of a larger undertaking to improve the existing station and expand the facility for the future, plans for which are being developed by Amtrak and its partners in New York and New Jersey.”

Amtrak said  that the preliminary design effort “begins immediately and will produce railroad concepts to be analyzed as part of the federal environmental review for Penn Station expansion. The design will focus on development of new tracks and platforms, escalators and other vertical circulation elements, pedestrian concourses, and connections to existing and future facilities. The design team will coordinate closely with Amtrak’s partners and the various planners and designers of other projects taking place throughout the Penn Station complex to integrate schedules and streamline delivery of work for all parties.”

The railroad concepts developed in the design effort will be evaluated as part of a comprehensive Environmental Impact Statement pursuant to the National Environmental Policy Act (NEPA), including requirements for public comment and engagement. The environmental review is expected to be led by the MTA with support from Amtrak and NJT and could begin as soon as this year.

The design team led by Arup and including Grimshaw, Kohn Pedersen Fox Associates, Hatch LTK and Lendlease “has experience developing and implementing iconic projects around the world including HS2 Euston Station in London; Fulton Center, Hudson Yards and Second Avenue Subway in New York; Southern Cross and Metro Martin Place in Australia; Kings Cross Station in London; the Union Square Development at Kowloon Station in Hong Kong,” Amtrak noted. “The team draws on years of experience with projects that deliver value through improved mobility, enriched quality of life and an enhanced public realm.”

“New York Penn Station is tremendously important to Amtrak, and as owners of the facility we are committed to ensuring its future for a new generation of intercity rail travelers and daily commuters,” said Stephen Gardner, Amtrak CEO. “We are eager to begin this important work with our partners that will help unlock service increases under the Gateway Program. Together we can develop a modern, holistic vision for an expanded station that integrates with an improved Penn Station and the community and improves the whole station experience.”

“The expansion of Penn Station New York is critical to ensuring the preeminence of the New York region as the center of global commerce,” said NJT President and CEO Kevin S. Corbett. “Ridership has tripled from 200,000 in 1968 to 600,000 today. The existing station, even when fully renovated, will still be woefully inadequate to meet current demand much less the anticipated growth for the coming decades. This design work is the foundation upon which this vital expansion project will be built, and sets the stage to realizing the full benefits the Gateway Program will deliver to this region.”

“We’re proud to partner with Amtrak on one of the most ambitious, technically challenging, and necessary proposals in New York’s history,” said Arup Principal and Project Manager Gillian Blake. “Penn Station’s expansion, in concert with the larger Gateway Program and [New York] Governor [Kathy] Hochul’s recently announced reconstruction plan, is a once-in-a-generation opportunity to upgrade the station’s capacity and provide a world-class passenger experience. Our goal is to create a place that is easily navigable and accessible, and supports future growth in capacity, while maintaining and enhancing safe and efficient rail operations. Penn Station will be a civic asset for the wider community and the hundreds of thousands of daily riders.”