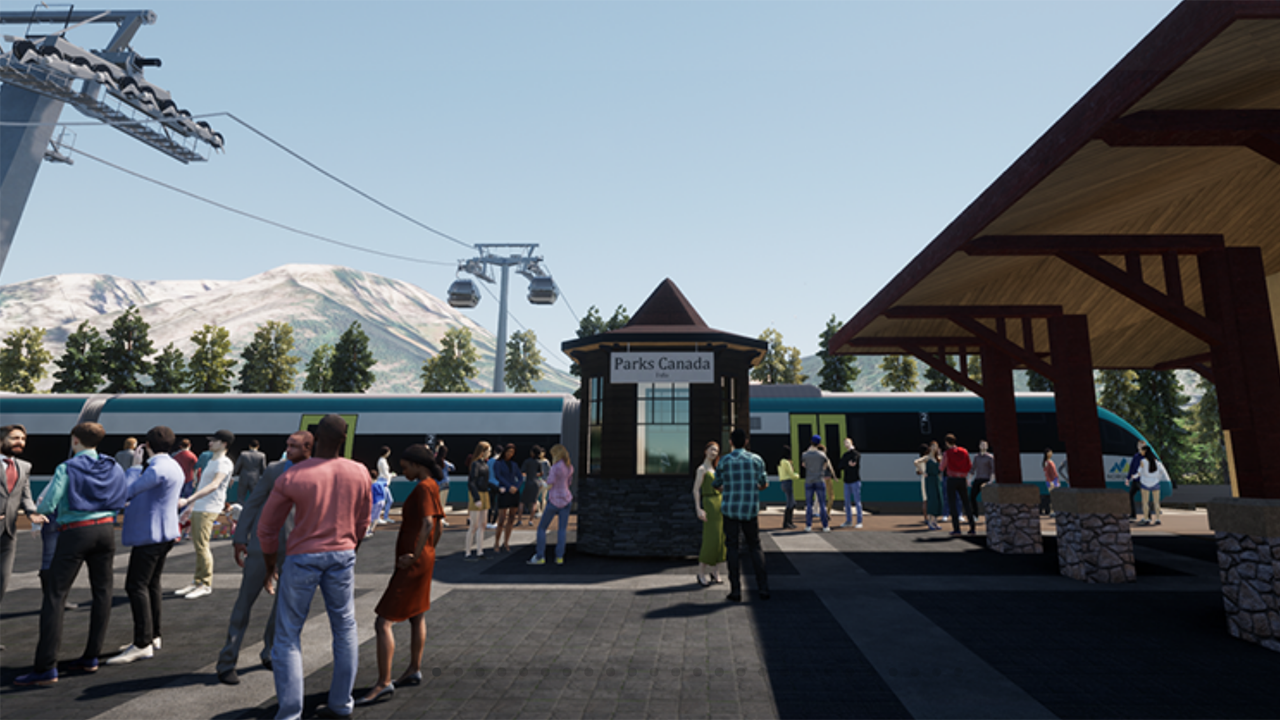 While Vlad the Invader has partially redeemed the reputation of Alberta’s dirty oil, the railway promoters are dangling the prospect of clean, green, hydrogen propulsion as an added lure for government funding. The railway “has the potential to be hydrogen powered,” according to the promoter consortium, which includes a unit of the rail-friendly public pension fund, Caisse de dépôt et placement du Québec.

Off-the-shelf hydrogen trainsets, already in the catalogs of European railcar builders, would be ideal for the short, 150-kilometer (93-mile) link between YYC’s currently rail-less terminal, Calgary city center, and Canadian Pacific’s (CP) picturesque Banff Station. Calgary is already the focal point for CP’s development of hydrogen locomotion and trackside fuel generation. Both the Alberta and Canadian governments are aggressively encouraging hydrogen generation, whether “grey” from natural gas, or “green” from wind and solar.

The most compelling argument for train service from Calgary’s flatland airport to the peaks of the continental divide is the hope it would mitigate the traffic deadlock of Banff townsite in summer, while winter skiers could avoid the often snowblown TransCanada Highway. Indeed, the railway’s primary promoters operate one of the park’s ski resorts, as well as holding a long-term lease to Banff Station and surrounding rail lands.

The line would parallel CP’s Laggan Subdivision on its wide right-of-way. The promoters secured a memorandum of understanding (MOU) from CP last year, and such easy track laying could mean trains running by 2025. (In July 2021, a detailed MOU was released from Invest Alberta Corp., Alberta’s Ministry of Transportation and Canada Infrastructure Bank.)

Support from municipalities and indigenous communities is strong, but environmental organizations are wary of increased potential for wildlife fatalities, and perhaps even more human congestion. 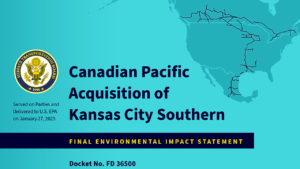