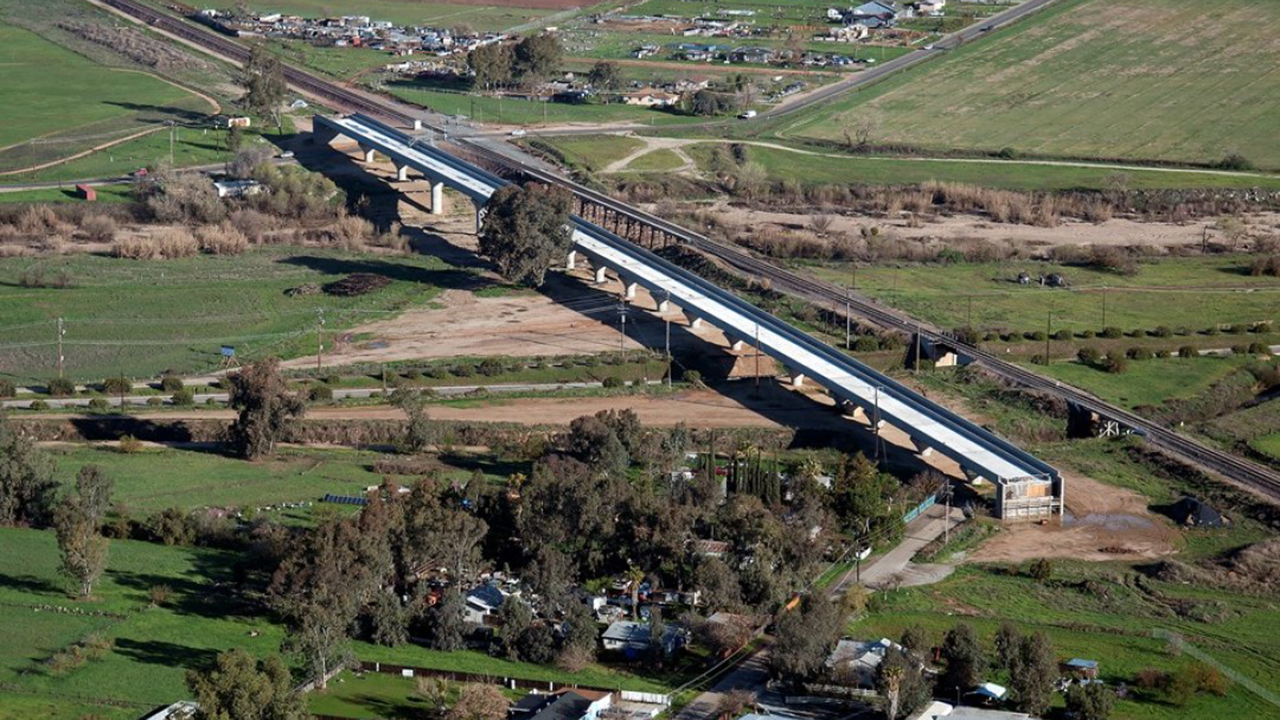 Dealing with an environmentally sensitive area, California’s high-speed rail project is polluting its budget, according to a Los Angeles Times report.

The LA Times hit the California High-Speed Rail Authority (CHSRA) with another black eye in a Feb. 22 report that claims the agency went with the lowest bidder on a 65-mile section in Kings County and is now paying the ultimate price. The area is full of environmental obstacles, including an ancient lakebed and a fertile agricultural belt south of Fresno.

Back in 2014, Spain-based contractor Dragados USA promised it could do the work for $300 million less than the next lowest bidder, but design changes have led to more than $800 million in cost overruns and construction delays, LA Times Special Correspondent Ralph Vartabedian wrote.

CHSRA consultants originally proposed an elevated rail line leading up to a train station south of Hanford. Dragados said it could save money by constructing the route at ground level, but that involved moving a four-lane highway into a trench and rerouting track owned by Union Pacific. The highway project proved to be much more complex than what was originally thought, and Union Pacific never agreed to the track change.

The at-grade work required the purchase of a 27-acre area at a cost of $3.5 million from a local farmer. Dragados is now constructing a 2-mile-long, 60-foot-high concrete platform, and the acquired land is now serving as the site of a concrete mixing plant. The CHSRA had to purchase 29 more acres from the farmer to store precast sections.

Another design change mishap involves replacing a 2-mile-long viaduct that would span over a number of waterways of the Kings River with 13 box culverts. Dragados also offered up savings by lowering and shortening other bridges. However, The California Department of Fish and Wildlife would not approve the plans, and instead gave the green light to a 1,883-foot-long viaduct with 57 culverts. Then in May 2020, the department added more culverts and animal protections for the creeks.

The CHSRA claims it is not accepting the costs for the design changes, but the agency has been paying for the change orders, which have numbered in the hundreds.

Another problem has occurred at a site geologists call the Corcoran Subsidence Bowl. A report that was still in progress during the bidding process revealed that some areas of the rail route would sink 20 feet between 2016 and 2036. The drop would increase the flood risk. CHSRA told bidders to ignore the report. Embankments are now being elevated over a 21-mile span, adding $40 million to the project cost.

Dragados still has not started work on half of the bridges and viaducts, and has finished less than half of planned work. In addition, CHSRA has not acquired all the land that is needed.

The original estimates of the Los Angeles-to-San Francisco high-speed line was $33 billion back in 2008. Today the cost stands at $100 billion, and there appears to be no end in sight.

Earlier this month, the CHSRA requested the release of more than $4 billion in state bond funds to help pay for the project.