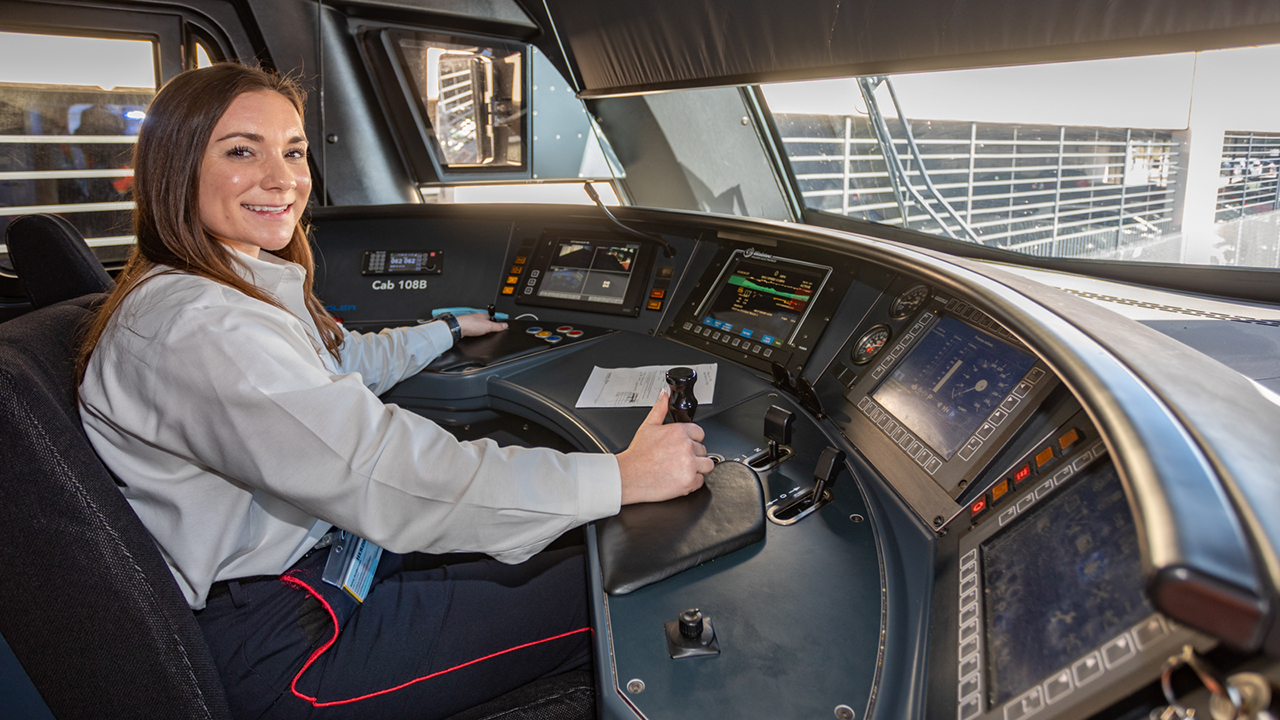 Anderson “had been wanting to work in the railroad industry for a number of years, and her opportunity came along in July 2019, when she was hired as a conductor for TEXRail,” the agency said. As part of her training to transition to engineer, she completed 40 hours of classroom and 180 hours of field training. She became a fully licensed and certified engineer in November.

“While working at TEXRail, I realized there were no female engineers, and I made it my goal to become the first,” Anderson said. “As I gained more experience as a conductor, my list of reasons for wanting this position became longer. Every train has two crew members: the conductor and the engineer. The two work as a checks-and-balances system. As an engineer, you are typically the more seasoned of the crew members. You take on a role of leadership, teaching, and you are required to use your best judgment and skill to safely get passengers to their destinations. I was ready for the responsibility that comes with position, and I am thankful to be given this opportunity.”

“The vast majority of railroad engineers are men, and we are so proud of Amy for taking the initiative to pursue her dream of becoming our first woman engineer,” said Jon-Erik “AJ” Arjanen, Vice President and Chief Operating Officer-Rail at Trinity Metro. “She’s a trendsetter for our industry. Amy’s promotion to engineer perfectly aligns with our vision of an inclusive workplace.”

“Amy has shown what can be achieved with determination and a strong work ethic,” said Doug Bourne, General Manager with TEXRail contract operator Herzog Transit Services, Inc., “She serves as an example to others, and I believe her new role could generate more interest among women wanting to become railroad engineers.”