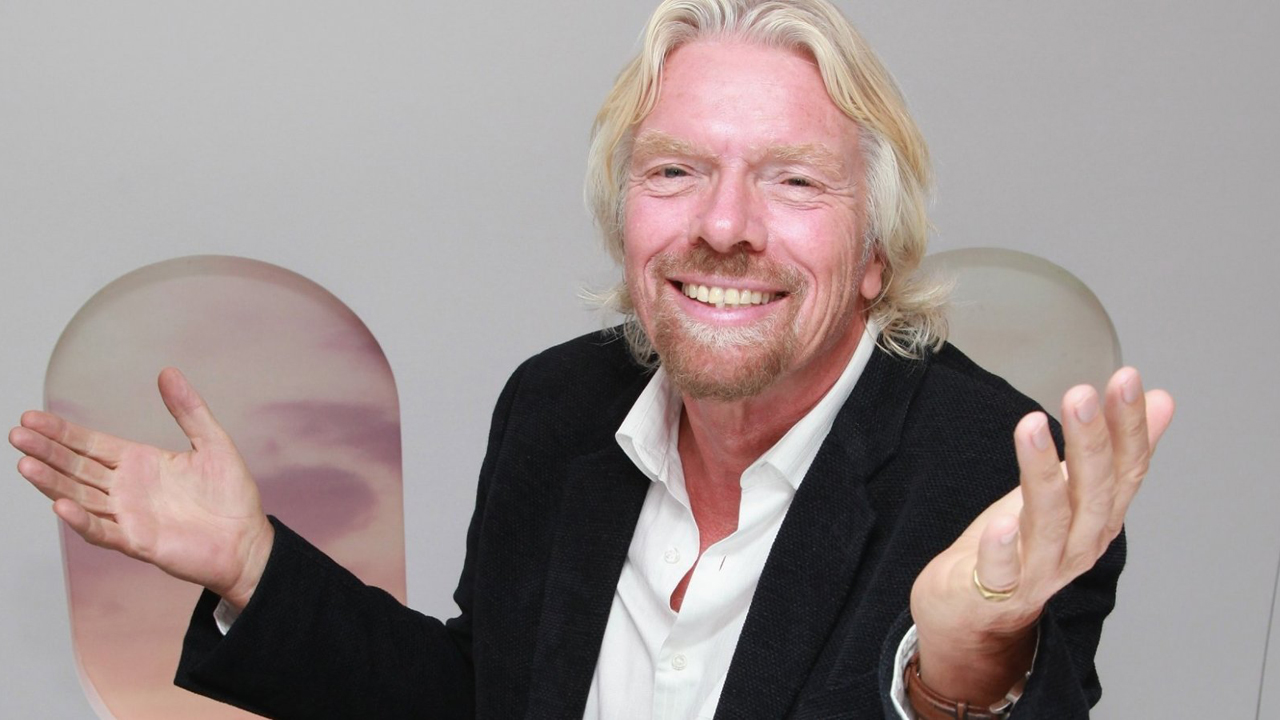 The honeymoon between Brightline, the private-sector luxury passenger train in Florida, and the Virgin brand is over. It lasted for fewer than two years. When we reported about the change in branding from Brightline to Virgin Trains USA late in 2018, it appeared that the edgy and innovative Brightline brand was headed for oblivion. It now seems that the COVID-19 virus is responsible for the reversal of events that led to a parting of the ways. Whatever the reason, the Brightline brand will now live again.

Brightline had previously considered itself “on track to become Virgin Trains USA” but its website, www.gobrightline.com, no longer says that. Brightline’s July 2020 Revenue and Ridership Report, filed on Friday, Aug. 7 in connection with two series of bonds issued as Florida Development Finance Corporation Surface Transportation Facility Revenue Bonds, made it official.

Sam Howard reported the breakup in the Palm Beach Post on Saturday, Aug. 8, in a story bearing the headline “Virgin Trains no more: Brightline severs ties with Richard Branson Empire” (and found here). Howard reported: “Brightline’s parent company informed Virgin of the termination July 29, but the report said Virgin disputes the validity of the notice. A Brightline spokeswoman did not respond Saturday to requests for comment.” and “The cancellation represents an abrupt and apparently acrimonious end to the ties between Brightline and Virgin Group, the global business empire led by eccentric British billionaire Richard Branson.”

Brightline’s dissatisfaction with Virgin apparently stems from a change in circumstances brought by the COVID-19 virus. The airline industry is in deep trouble today, because there is so little business travel and because so few tourists are taking long trips. Among Virgin’s holdings are two airlines, Virgin Australia and Virgin Atlantic Airlines, Ltd., which have filed for bankruptcy protection. The former proceeding began this past April. The latter proceeding, which appears to have triggered Brightline’s decision, began in July and is ongoing.

On Tuesday, Aug. 4, Rachel Sharp reported on the bankruptcy in the London-based Daily Mail (the story can be found here). It began: “Virgin Atlantic – which is 49 per cent owned by Delta – becomes billionaire Richard Branson’s second airline to file for Chapter 15 bankruptcy protection as it’s feared the carrier will run out of cash by next month.” Branson’s Virgin Group owns the other 51%, which gave his company working control of the beleaguered airline.

That same day, Virgin Atlantic filed for bankruptcy protection in the United States. Sharp reported: “The company’s filing in U.S. bankruptcy court in the Southern District of New York said it has negotiated a deal with stakeholders ‘for a consensual recapitalization’ that will get debt off its balance sheet and ‘immediately position it for sustainable long-term growth.’” The airline filed for protection of its assets in the U.S. under Chapter 15 of the U.S. Bankruptcy Code, which allows a debtor based in a foreign country to bring its U.S.-based assets into the overall bankruptcy estate as part of a proceeding in the debtor’s home country. Virgin Atlantic’s filing protects its assets from American creditors, and relevant statutory provisions allow cooperation between the U.S. bankruptcy court in Manhattan and the British bankruptcy court. Virgin Atlantic has closed its base at London’s Gatwick Airport and has eliminated nearly one-third of its jobs under the British bankruptcy, which is similar to a Chapter 11 proceeding in the U.S. The debtor company continues to operate and works out a plan to make partial payments to creditors, as distinct from a Chapter 7 liquidation, where the debtor goes out of business.

We do not know the details behind Brightline’s decision to cut its ties with Branson, but it appears likely that the railroad brought Branson on board to take advantage of the public’s name-recognition of the Virgin brand for fund-raising and marketing purposes. Part of that effort was an Initial Public Offering (IPO) of shares. Editor-in-Chief William C. Vantuono reported the story here on Jan. 31, 2019: “Virgin Trains USA announced Jan. 30 that it is launching an Initial Public Offering (IPO) of 28,334,000 shares of common stock. The NASDAQ Global Select Market listing is expected to raise $17 to $19 per share—between $482 million and $538 million—resulting in the company having a market capitalization of up to $3.2 billion” (Virgin Trains USA readies for NASDAQ IPO; available here). Two weeks later, the deal was off. On Feb. 13, Vantuono reported: “Miami-based Virgin Trains USA LLC, previously known as Brightline before it rebranded itself following a 2018 partnership forged with Virgin Enterprises Ltd. and founder Richard Branson, has canceled issuing the IPO scheduled for the week of Feb. 11, saying it will pursue other fundraising options. No indication was given whether it will reconsider an IPO in the near future.” The story is headlined Virgin Trains USA Scuttles IPO and can be found here. In a prophetic twist, the latter story features a photo of Branson with his head barely above water and his mouth open.

During the rebranding from Brightline to Virgin Trains USA, this writer questioned the potential benefits to Brightline of sacrificing their brand on the altar of Branson’s virginity (see Brightline Goes Virginal. What Next? found here and posted on Nov. 26, 2018, and Brightline Goes Virginal. What Price Virginity? posted on December 18 and found here.) Branson got branding rights and a 3% position in Brightline, along with future licensing fees. We still don’t know what, if anything, he paid for all this. It appears that Brightline was willing to pay licensing fees for the Virgin name and other intellectual property, including the Virgin trademark and trade dress. The snappy, bold and brightly-colored trains were to be repainted Virgin Red. It appeared that Brightline was buying Virgin’s name-recognition, even though Branson’s record in the railroad business was questionable.

The story in the Daily Mail that reported Virgin Atlantic’s bankruptcy also reported Branson’s plans to launch rocket trips into space though Virgin Galactic, another of his companies, as soon as next year. Could he keep such a multi-billion-pound venture going, while his airline that flies within the Earth’s atmosphere struggles to avoid going down? Would that leave him any resources to develop a railroad that never leaves the ground? Brightline managers may have thought about those questions. Chicago advocate and Railway Age contributor F.K. Plous did. He commented: “Well, that didn’t last long, did it? Virgin Airlines has filed for bankruptcy. There’s no money for playing with trains right now.”

With or without Branson, Brightline is not doing very well right now. On Saturday, Aug. 8, Joshua Solomon reported the breakup for the Treasure Coast Newspapers in a story headlined Brightline terminates relationship with Virgin Trains but says Virgin disputes the Parting (it can be found here). Solomon reported that Brightline held a big event on June 19, 2019 at Orlando Airport to celebrate the groundbreaking for construction there and the new partnership with Virgin. But when the virus came, all service was suspended on March 25. Solomon’s report added: “Since then, as anticipated, revenues have significantly dropped. Through July, Brightline has generated $6.6 million in revenue with 272,000 passengers, about half, on both fronts, from the year prior.” Despite these grim numbers, the railroad’s managers are not deterred.

According to the July Monthly Revenue and Ridership Report supplied by Brightline, the railroad is continuing with construction to Orlando Airport and with Miami-Dade commuter service. We reported the latter development on June 10: see Tri-Rail, Virgin Trains USA Vying for Miami Access, found here. The initiatives in the statement include new stations at Aventura, Boca Raton, and Port Miami (as we reported on June 10), as well as developing a new station on Disney property in Orlando. The document stated: “In total we expect the above three initiatives to be highly accretive to our ridership and revenue, generating estimated incremental ridership at stabilization of 3.0 million passengers annually, an approximate 45% increase over our estimated ridership prior to these initiatives, and generating increased stabilized revenue and operating cash flows in excess of $125 million annually.”

Management is not worried about the shutdown that the virus has caused. The report also states: “We experienced record ridership from November 2019 to mid-March 2020; however, in light of COVID-19 and the unprecedented impact on travel activity, we reduced our service schedule on March 18 and on March 25 we temporarily suspended our passenger rail service and reduced staffing.” After describing restrictions imposed in Florida, the report continued: “The suspension of service is not expected to have a material net financial impact on our business and we have access to ample operating liquidity to withstand a protracted slowdown in the travel market.” The company also took out a $48.5 million, one-year term loan. Meanwhile, construction on the new line to Orlando Airport continues.

So, after its divorce from Virgin, Brightline management appears upbeat, if the July report is any indication. The virus is changing almost everything else on the rail and transit scenes, and it appears to have changed Brightline, too. The Virgin Trains USA brand may have turned from the Great Red Hope to the train that doesn’t go all the way and the train that nobody ever rode. Meanwhile, the railroad is independent again, as Brightline Trains, L.L.C. The planned line between Las Vegas and Victorville, Calif., that Brightline acquired is returning to its old name, XpressWest, too.

In late 2018, this writer lamented the potential loss of the bold, edgy and snappy Brightline brand that evoked the bright colors, the in-your-face brashness, and the zigzag modernity of South Florida, especially Miami. This writer’s closing advice from November 2018 was: “So, if you wish to experience Brightline, you had better get on an Amtrak train or a plane soon, and go to South Florida to ride the brightly colored train. You do not have much time.”