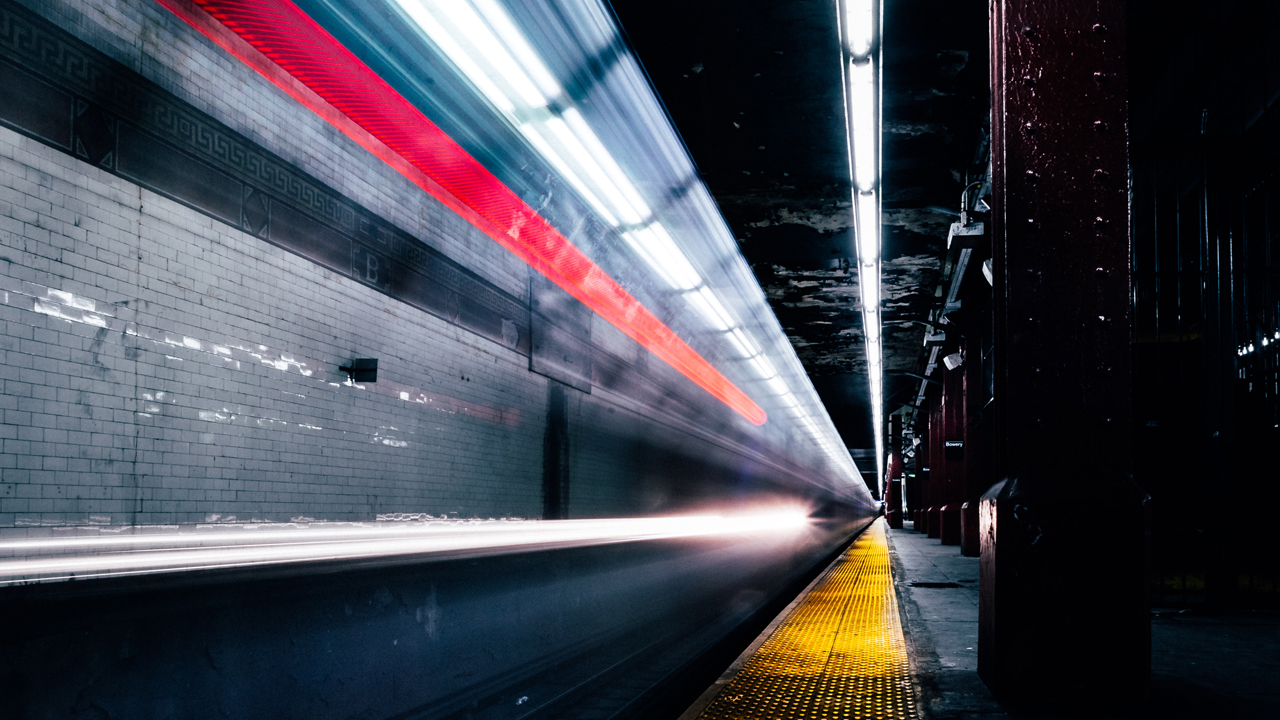 President-elect Biden's first step in rescue and recovery is the American Rescue Plan, which tackles the pandemic and includes transit investment. The next—his Build Back Better Recovery Plan, to be introduced next month—will “make historic investments in infrastructure and manufacturing, innovation, research and development, and clean energy.”

President-elect Joe Biden unveiled a $1.9 trillion American Rescue Plan on Jan. 14 that includes a $20 billion investment to “protect the future of transit.”

This first step in rescue and recovery, Biden said, tackles the pandemic, while the next—the Build Back Better Recovery Plan, to be introduced next month—will “make historic investments in infrastructure and manufacturing, innovation, research and development, and clean energy.”

Biden’s call on Congress to provide more transit relief comes under the American Rescue Plan’s $440 million provision for struggling communities. “Safe and dependable public transit systems are critical for a robust and equitable economy recovery,” according to the emergency legislative proposal document, which was included on The Washington Post and Vox websites. The investment of $20 billion will go toward “the hardest hit public transit agencies. This relief will keep agencies from laying off transit workers and cutting the routes that essential workers rely on every day while making these transit systems more resilient and ensuring that communities of color maintain the access to opportunity that public transportation provides.”

Also within this provision is $350 billion in emergency funding for state, local and territorial governments to “ensure that they are in a position to keep front line public workers on the job and paid, while also effectively distributing the vaccine, scaling testing, reopening schools, and maintaining other vital services.”

Among other requests to Congress for struggling communities: $15 billion in grants to help small businesses; and $35 billion for state, local, tribal and non-profit small business financing programs, which could generate as much as $175 billion in low-interest loans and venture capital.

The emergency legislative proposal also seeks a $400 billion-plus investment to “mount a national vaccination program, contain COVID-19, and safely reopen schools.” This work includes setting up community vaccination sites nationwide, scaling up testing and tracing, eliminating supply shortage issues, investing in treatments, providing paid sick leave to contain the virus’ spread, addressing health disparities, and investing to safely reopen a majority of K-8 schools in the first 100 days. It also looks to “authorize the Occupational Safety and Health Administration to issue a COVID-19 Protection Standard that covers a broad set of workers, so that workers not typically covered by OSHA, like many public workers on the frontlines, also receive protection from unsafe working conditions and retaliation.”

Additionally, the plan seeks to deliver relief to Americans through a $1 trillion investment. Among the measures: sending $1,400 per-person checks, extending unemployment insurance, and taking action to forestall COVID-related evictions and foreclosures.

Biden noted in his Jan. 14 speech that last month’s passage of the $2.3 trillion “Consolidated Appropriations Act of 2021” (H.R. 133)—an omnibus spending bill that includes a $900 billion COVID-19 emergency relief package as well as government appropriations for fiscal year 2021, tax extenders and other provisions—“was just a down payment.”

“I look forward to working with members of Congress from both parties to move quickly to get the American Rescue Plan to the American people,” he said. “And then we can move with equal urgency and bipartisanship to my Build Back Better Recovery Plan that I will call for next month to generate even more economic growth. American manufacturing was the arsenal of democracy in World War II. It will be so again. Imagine the future Made in America in all of America and all by Americans. We will use taxpayer dollars to rebuild America. We will buy American products and support millions of American manufacturing jobs and enhance our competitive strength in an increasingly competitive world.”

Biden also said: “It’s time to stop talking about infrastructure and finally start building it. Millions of good-paying jobs that put Americans to work rebuilding our roads, bridges, and ports to make them more climate resilient, to make it faster, cheaper, and cleaner to transport American-made goods across our country and around the world.”

“When President-elect Biden was elected, he told the American people that ‘Help is on the way,’’ they said.

“With the COVID-rescue package the President-elect announced today, he is moving swiftly to deliver that help and to meet the needs of the American people. House and Senate Democrats express gratitude toward and look forward to working with the President-elect on the rescue plan. American families face an extraordinary combination of health and economic crises—from COVID-19 to racial inequality to climate change—all of which demand big, bold, and immediate action. The emergency relief framework announced by the incoming Biden-Harris administration tonight is the right approach.”

Schumer and Pelosi added: “We will get right to work to turn President-elect Biden’s vision into legislation that will pass both chambers and be signed into law.”

“The American Public Transportation Association (APTA), on behalf of the entire public transportation industry, applauds the incoming Biden administration for recognizing the critical needs of our industry. The proposed emergency transit funding included in the American Rescue Plan is vital to the industry’s survival and will help prevent massive labor cuts and drastic service reductions.

“Public transportation has served an essential role during this pandemic and is an indispensable part of the social and economic recovery of our communities and our country. Despite the tremendous challenges the public transit industry faces, we continue to provide millions of Americans the ability to get to work, school, grocery stores, and healthcare appointments.

“Investment in public transit is a bipartisan issue, and APTA will continue to work with Democrats and Republicans alike in Congress to build a public transportation infrastructure that is the pride of the nation and helps our communities and our nation recover from the severe economic fallout of the pandemic.”

“President-elect Biden has always been an ardent supporter of mass transit, and we’re gratified to see it continues to be one of his key priorities as he prepares to take office next week. The American Rescue Plan is a strong start that will make significant investments in agencies hit hardest by COVID, such as the MTA.

“I also thank the president-elect and Senator Schumer for fixing the policy preventing full FEMA reimbursement for our coronavirus pandemic-related expenses, such as our aggressive disinfecting program, and efforts to stockpile personal protective equipment and provide health screenings for our heroic employees.

“It’s clear the new administration believes in transit and understands that these investments will jump-start our economic recovery. Because without a robust MTA powering New York’s revival, there can be no national rebound.”

Editor’s Commentary: At the same time as America’s 46th President was releasing the American Rescue Plan, his transition team announced that he has canceled plans to ride Amtrak to Washington for his Jan. 20 inauguration, due to serious security concerns following the Jan. 6 domestic terror attack by white-supremacist Trump supporters on the U.S. Capitol. “As a Senator, Mr. Biden commuted by Amtrak train from his home state of Delaware for decades, and became a public champion of the government-subsidized rail service,” The New York Times reported on Jan. 14. “He kicked off his 1988 Presidential campaign from the back of an Amtrak train and rode one home on his final day as vice president in 2017. He had hoped to recreate the everyman journey one more time for his swearing in. But after a briefing from F.B.I. and Secret Service officials on inauguration security concerns, Mr. Biden’s team agreed that the 90-minute train ride should be called off, according to a person familiar with the decision. ‘The nation has continued to learn more about the threat to our democracy and about the potential for additional violence in the coming days, both in the National Capital Region and in cities across the country,’ the transition team said in a statement. ‘This is a challenge that the President-elect and his team take incredibly seriously.’” – William C. Vantuono