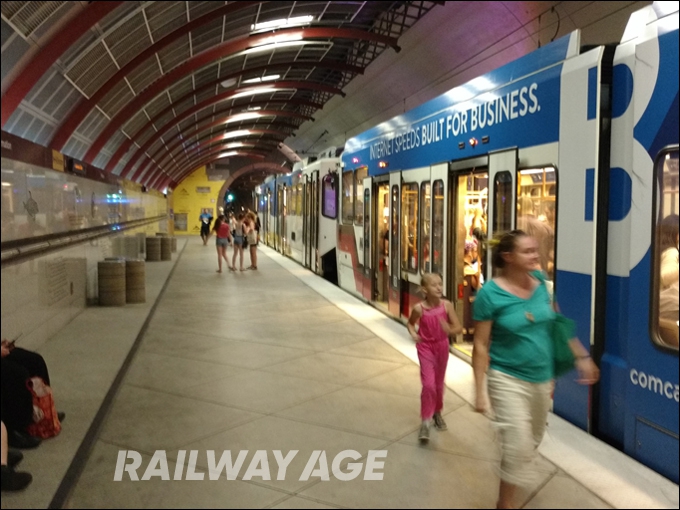 The work, part of TriMet’s Making Transit Better initiative, comprised the first substantial upgrades to the station since it opened in 1998. At 259 feet below grade within Portland’s West Hills, it is the deepest subway station in the United States, and fifth-deepest in the world.

The station is a gateway to the city’s Washington Park, International Rose Test Garden, The Oregon Zoo, and Portland Japanese Garden, among other attractions. It is served by the MAX Blue and Red Lines, and more than 750,000 trips start or end there each year.

Colorful, 200-foot long vinyl murals now line the curved walls of the Robertson Tunnel approach to the station, and depict roses, zoo animals and children at play. They were designed with “Sunrise” and “Sunset” themes, to integrate with the station’s original artwork.

New LED lighting uses one-sixth of the electricity and last 3.5 times as long as metal halide bulbs, and are engineered to last up to 20 years. Additional improvements include updates and graffiti-resistant improvements to the east and west station elevator lobbies, to reduce the cost and time of maintenance while extending the life of the station.

Elevators to and from the station display the number of feet – not floors – as passengers ascend to the surface near the entrance to The Oregon Zoo. Railway Age photo by Stuart Chirls.