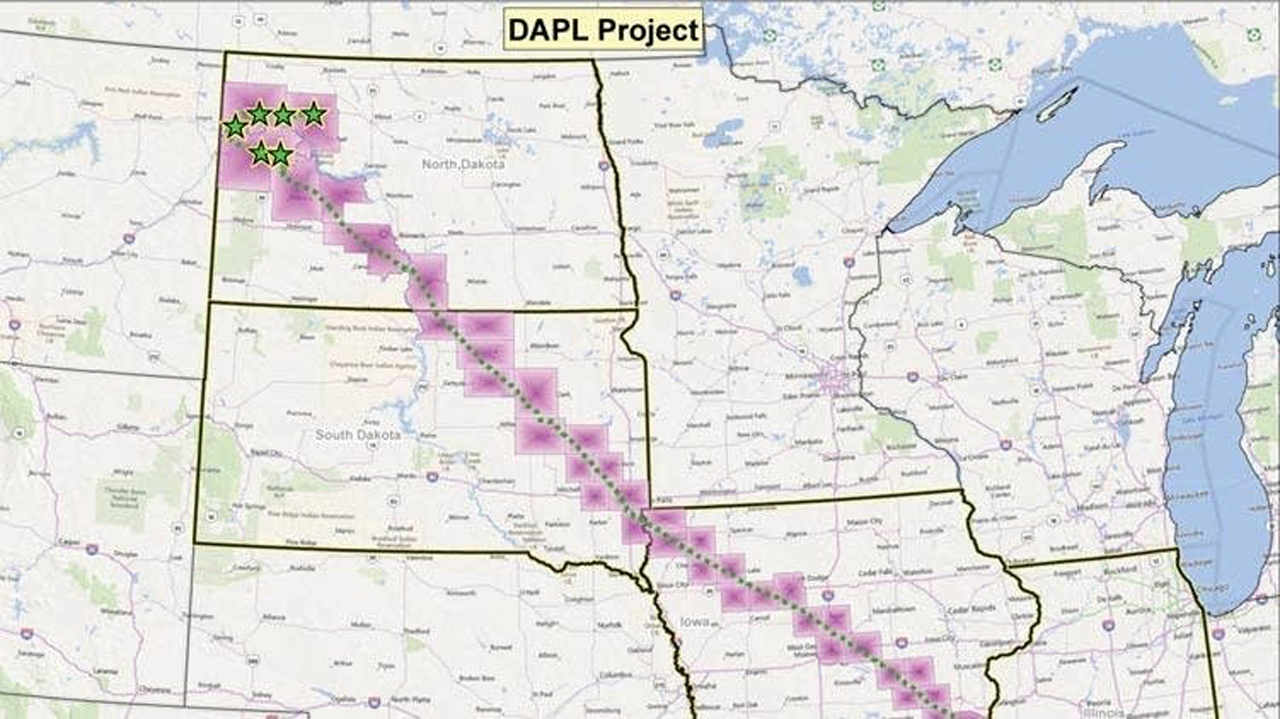 FINANCIAL EDGE, RAILWAY AGE AUGUST 2020 ISSUE: The Dakota Access Pipeline (DAPL) has been grabbing headlines for a few weeks. A second pipeline, the Tesoro High Plains Pipeline, has been shut down recently, due to disputes involving the pipeline’s right-of-way.

Together, the two pipelines are capable of moving about one-third of the oil out of the Bakken region (about 650,000 barrels per day). The situation surrounding these closures illustrates the depth of the rail market’s downturn, and the long road leading to recovery.

Before discussing the railcar market and the impact of the closures, first here’s a brief DAPL timeline: The pipeline was proposed in 2014 and approved in 2016 and 2017 (Executive Branch backing prioritized and accelerated the approval process and the EIS completed by the Army Corps of Engineers).

Construction began in 2016, and the first oil was moved through the pipeline in 2017. The DAPL has the capability of hauling up to 570,000 barrels of crude daily from the Bakken region in North Dakota. Recently, DAPL has been moving 470,000 barrels a day.

In late 2019, the Cheyenne River Sioux and Standing Rock Tribes filed suit in federal court to stop DAPL operation. In March 2020, U.S. District Judge James Boasberg, the same judge who had provided approvals during the permitting and environmental approval process, requested a more extensive review of the water easements through tribal lands granted for the DAPL, and issued a shutdown injunction.

Judge Boasberg refused to grant a stay on the DAPL closure during the new environmental study. This issue is now before a Washington, D.C., Circuit Court of Appeals, with a decision pending imminently.

The DAPL and the Tesoro are highly politicized situations. Both pipelines when operating at expectation (which they have been) create the safest and most cost-effective means of moving crude oil.

If all of the DAPL and Tesoro capacity moved to rail, the bump in demand might help to stabilize a market that is under a heavy amount of strain. There are, by some accounts, 30,000 or thereabouts DOT-117J (new) tank railcars able to haul crude oil in service in North America. Of that fleet, up to 14,000 are in storage right now.

That would be a steroid injection for a market on its heels and looking for optimism. Orders in 2Q2020 (reported by the Railway Supply Institute) were 1,900 railcars. Unfortunately, as the DALP is not operating at full capacity, neither are the other pipelines operating out of the Bakken region.

Estimates are that if the DAPL were to shut down, rail would need to fill a gap of 170,000 barrels per day. Multiplying 2,900 by 1.7 yields a number of roughly 255 tank railcars per day, or 5,000 tank railcars to cover the gap in takeaway capacity. 255 cars are roughly the equivalent of three unit trains per day. Adding the Tesoro capacity (assuming 100% utilization) adds another 250 cars to the pool, or one more unit train per day.

With so many tank railcars in storage, it is likely that all or a large portion of the 5,000 (or 7,500 for that matter) cars needed to move the DAPL crude are under lease to customers in the supply chain of crude and refining.

Any required equipment not currently under contract would create a frenzied battle between operating lessors and OEMs to fill any market need.

Rates on DOT-117J tank railcars for hauling crude peaked in early 2019 just below $1,500 per car, per month for full-service leases. Strong oil prices, a decent spread between WTI and Brent crude pricing and congestion in the Permian Basin combined to froth the market, increase demand and create an influx of new equipment.

Rates have been on a decline since and are now (due to a 180-degree turn in almost all these factors, many COVID-19-pandemic-related) looking at a prolonged slump.

Car owners and operators would likely be happy to take up any additional capacity at this point to avoid storage charges and bring in some revenue—similar for the railroads that may appreciate the increase in volumes. Alas, excess capacity in the rail system, low loading volumes and current velocity levels leave this as only a drop in the bucket of recovery.

Got questions? Set them free at [email protected]