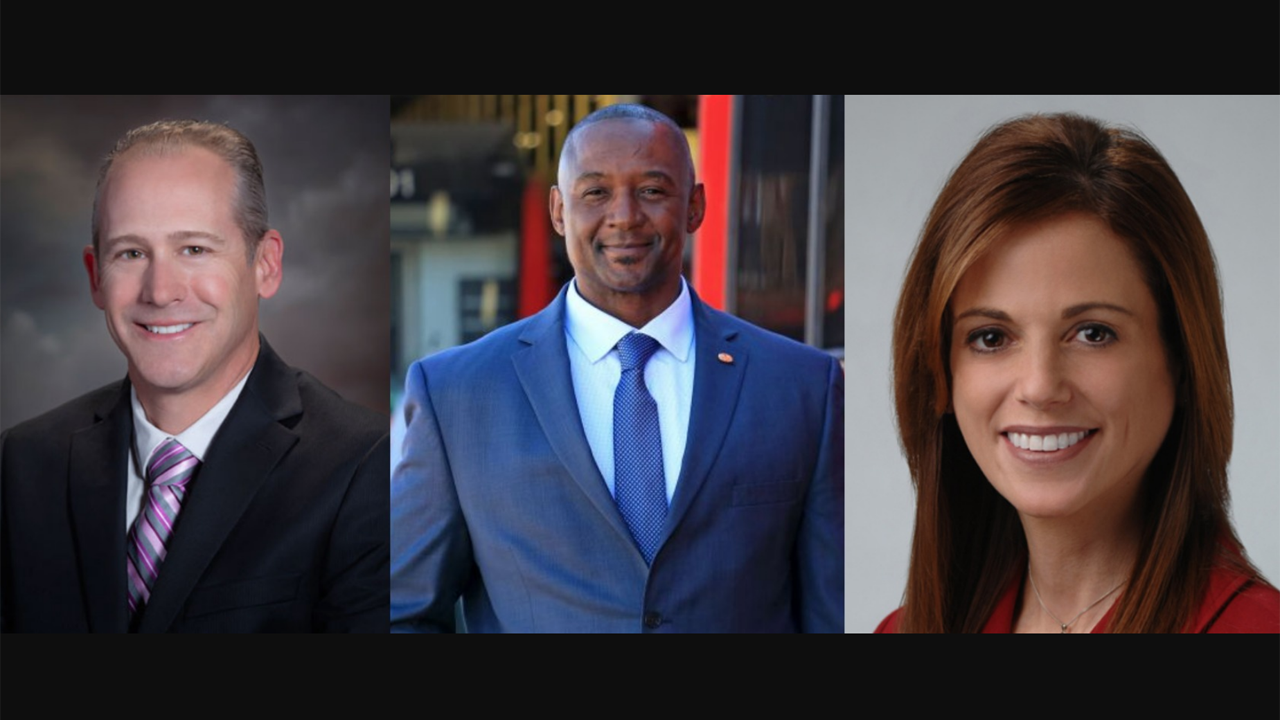 Jason Jewell is now Managing Director at LOSSAN, which oversees Amtrak® Pacific Surfliner® service. He had served in an interim capacity since April.

The LOSSAN rail corridor spans 351 miles and covers a six-county coastal region in Southern California, from San Diego to San Luis Obispo. It is the second-busiest intercity passenger rail corridor in the United States, hosting intercity, commuter, long-distance and freight rail services. LOSSAN is governed by a Board, whose 11 members represent rail owners, operators and planning agencies. They unanimously appointed Jewell for the position.

“I am honored by the trust and confidence the Board has in me to serve as the Managing Director of the LOSSAN Agency,” Jewell said. “I look forward to continuing to work closely with the Board, LOSSAN staff, and our partner agencies to advance the great work being done to restore service levels and introduce more train passengers to the Pacific Surfliner, while advancing much needed capital improvement projects all along the LOSSAN corridor.”

At San Diego MTS, Brian Riley has been elevated to Chief Operating Officer of Rail, responsible for rail operations; light rail vehicle maintenance; facilities maintenance; maintenance of wayside; safety; and state and federal regulatory compliance. He succeeds Wayne Terry, who recently retired after working at the agency for 42 years.

“Brian Riley has been a dedicated employee and leader at MTS for the past 23 years, and has unparalleled expertise in rail operations,” MTS CEO Sharon Cooney said. “At MTS, we take a lot of pride in promoting from within, and Brian has been an integral part of the agency’s growth. His long tenure at MTS has prepared him well for this new leadership role, and we are confident he is the right person to take the helm of our growing rail system.”

“This is an exciting time at MTS, and I couldn’t be more proud of the employees who I will work alongside in this new capacity,” said Riley, who noted that the agency’s 11-mile light-rail extension to La Jolla/UTC will celebrate its one-year anniversary on Nov. 21.

At STV, Jacqueline Peduzzi is Vice President and Business Unit Leader in the firm’s Tampa, Fla., office. She will focus on growing STV’s existing transportation and infrastructure relationships in the state and leading alternative delivery activities within the region: from pursuit through delivery and project close-out.

“Jackie’s tremendous experience with transportation infrastructure, including alternative delivery methods, while commanding attention from clients and teaming partners, will help us grow and further refine our services in Florida,” said Jerry Stump, Region President. “Her knowledge of the market and leadership on large-scale projects will be an incredible asset to the firm.”

Croft was born Sept. 15, 1927 in Illinois. After high school he fought in the South Pacific during World War II before being honorably discharged in 1947. After graduating from the University of Illinois with a bachelor’s degree in railroad civil engineering, Croft worked at the Illinois Central Railroad, eventually becoming Division Engineer. In 1964, he joined the Louisville & Nashville Railroad and attained the position of Division Superintendent.

As ASLRA President, “Croft was instrumental in working with ASLRA members and the Federal Railroad Administration (FRA) to set up template programs that members could adopt to comply with many FRA requirements such as blue flag, radio operations and procedures and more,” ASLRRA reported. “These programs set the stage for ASLRRA’s current work developing safety and operation templates for members’ benefit. In addition, Croft worked closely with FRA attorneys on behalf of ASLRA railroad members. He also helped start the CTITF program to bring cost-effective healthcare insurance pricing for small railroad companies, which brought them significant savings. ASLRRA’s associate business members have their own reason to appreciate Croft’s influence—during his tenure he worked with the ASLRA Board to open the association to suppliers. And, as a lover of gadgets and technology, Croft introduced computerization to ASLRA and overhauled the association’s accounting systems.”

“I’ve often said the short line industry of today stands on the shoulders of giants—visionaries like Howard Croft who passionately believed in the value of short line railroads, and their all-American story,” ASLRRA President Chuck Baker said.

Croft is survived by his wife of 72 years, Betty; three children; eight grandchildren; and 14 great-grandchildren.

“Lammie was a passionate, well-renowned advocate for advancing the engineering profession, and with dedication and zeal he made a significantly positive impact in many communities worldwide,” WSP USA said. “He advanced a dramatic, global expansion of Parsons Brinckerhoff during his decades-long leadership of the global business, with a specific focus on transportation, and nearly doubled the organization’s revenues to push the firm into its role as a global changemaker.”

“Jim Lammie was the definition of a leader and continually preached the importance of ethics, stating, ‘Don’t do anything you wouldn’t want to see on the front page of The New York Times,’” said David McAlister, WSP USA Chief Development Officer.

Before joining Parsons Brinckerhoff, Lammie had a distinguished 21-year career in the U.S. Army Corps of Engineers, where he served as leader of a Vietnam construction battalion, as well as the Commander and District Engineer of the San Francisco District and other roles.

He entered the private sector with Parsons Brinckerhoff after retiring as a Colonel from the U.S. Army. He then served as General Engineering Consultant to the Metropolitan Atlanta Rapid Transit Authority (MARTA), overseeing milestones that include the system’s 1979 completion and opening of Atlanta’s downtown Peachtree Center station.

“Lammie was the driving force behind several game-changing projects, including the start of the more than $14 billion roadway through Boston and under Boston Harbor, known as the Central Artery/Tunnel Project, as well as the $8 billion Taipei transit system, the UK’s West Coast Route Modernization Project and transit systems in Hong Kong and Singapore,” according to WSP USA.