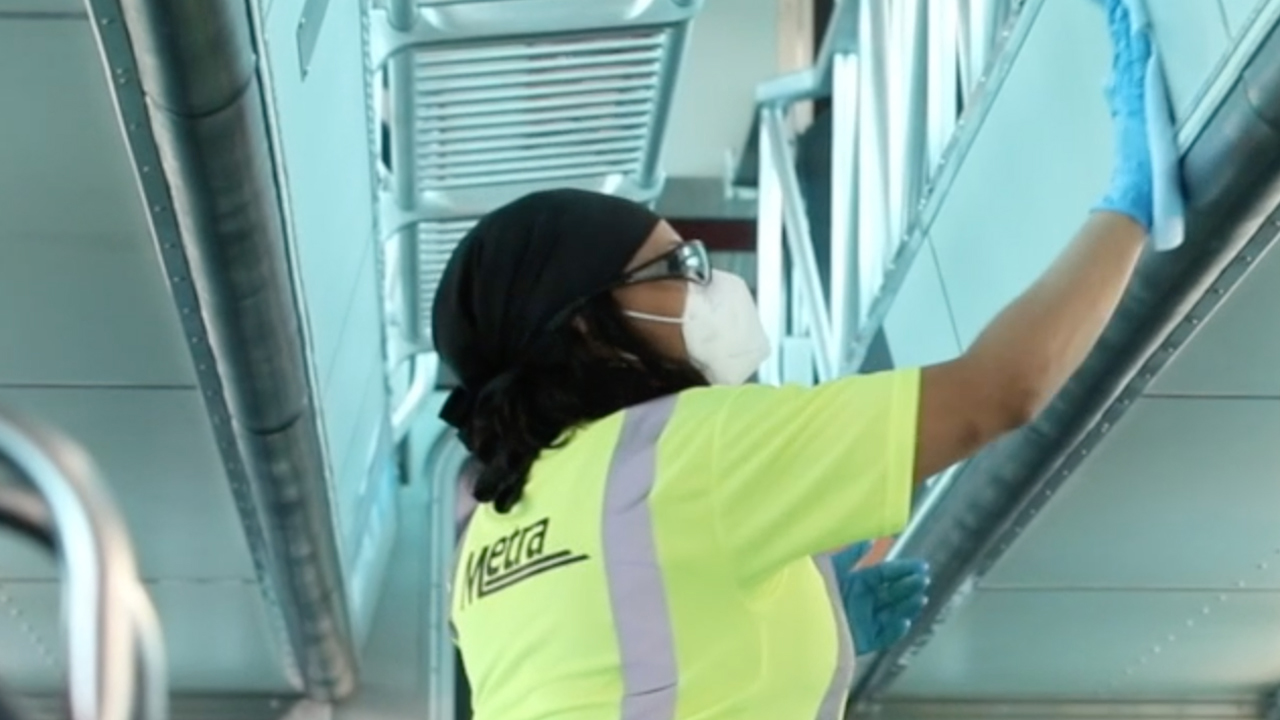 Metra leaders report that without additional COVID-related financial assistance, the commuter rail agency “will need to cut expenses by $70 million next year.”

Metra leaders report, however, that without additional COVID-related financial assistance, the agency “will need to cut expenses by $70 million next year.”

The operating spending plan for next year is based on the expectation that ridership will end 2020 at about 20% of the pre-COVID-19 levels and increase to 50% by the end of 2021, according to Metra. Under this scenario, the commuter rail agency anticipates that services will generate about $158 million in fare revenue. With $336 million expected from regional transportation sales taxes and $206 million from the federal CARES Act, it will have $700 million available to spend in 2021.

But the agency said, “current spending rates, service levels and projected 2021 cost increases—mostly due to inflation and contractual obligations—mean that Metra will need $770 million in revenue next year to cover its operating costs.”

Metra has ruled out a fare increase, so it must secure the additional $70 million in revenue from other sources—“most likely another federal relief bill”—or identify a combination of new revenue and expense cuts.

Metra reported that it will make a change to its fare structure in 2021. “To entice more families and discretionary travelers to ride the system,” it will offer a new Saturday or Sunday day pass beginning Feb. 1. The existing two-day weekend pass will be available for purchase only on the Ventra app. The validity period for both passes will be 14 days, a change from the current 90-day validity period for the weekend pass.

More than half of the $386.8 million in capital funding will go toward major projects. These include:

•    $69.9 million for locomotive and car rehabilitation. Metra will continue its rehab programs as well as fund programs to overhaul 21 recently purchased Amtrak locomotives and upgrade locomotives with a.c. traction motors.

•    $61.5 million for new rolling stock. Metra reported that it “is close to purchasing new railcars after asking manufacturers to propose new designs that maximize capacity and add customer amenities.”

•    $12.9 million to design and construct the replacement of several of its bridges. Metra has nearly 500 bridges that are more than 100 years old.

•    $47.3 million for station upgrades, “with an emphasis on improving ADA accessibility and ensuring that every station has a warming shelter.”

“Without additional financial assistance, we face extremely difficult choices—and that includes service cuts,” Metra CEO/Executive Director Jim Derwinski said. “Our sister agencies in Chicago and across the country are in the same predicament. We need to get the message out loud and clear that public transportation as our customers know it could be severely curtailed without additional financial relief.”

The Metra Board of Directors has also approved an intergovernmental agreement (IGA) with Cook County, Ill., to launch Fair Transit South Cook, a three-year pilot project to boost public transit ridership on the South Side of Chicago and in the southern suburbs. Starting in January, Metra will charge reduced fare rates—normally charged to seniors, persons with disabilities and K-12 students—to all riders of Metra Electric and Rock Island lines. Cook County will cover the difference between the reduced fares and full fares for three years. Cook County believes that the level of service and cost are driving factors in public transit usage. The pilot program will examine and address these factors in phased rollouts.

The plan also includes expansion of Pace’s 352 Halsted Service, which will improve the hours and frequency of service between the CTA Red Line 95th/Dan Ryan Station and the Pace Chicago Heights Terminal on weekdays and weekends.

As Fair Transit moves forward, Metra said, additional improvements to service options will be made.