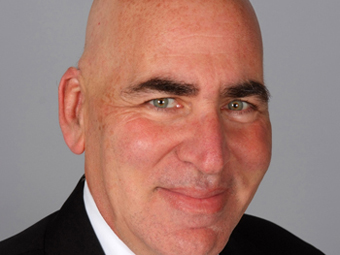 As the rail industry suffers through the 2015-2016 winter of its discontent, it is becoming clearer with each passing week that as an industry we are entering uncharted territory. Former mainstay coal is in long-term decline, removing the largest pillar under the rail industry and creating a giant volume hole for the industry to fill.

While trying to forecast coal loadings has been as difficult as trying to catch a falling knife, the magnitude of the problem can be seen from the simple arithmetic calculation that if North American coal loadings finally end the current plunge and stabilize at the levels experienced during the first three weeks of 2016, the deficit vs. 2015 will be 23% or 1.3 million carloads. It may be that things will be a bit better and coal will recover to a certain extent, but the damage will nonetheless likely be severe. How and whether this volume can be made up is shaping up as the greatest challenge the railroads have faced since the dawn of the deregulated era.

During recent years, the railroads have succeeded magnificently in terms of financial performance, largely due to exercising fierce discipline across a number of arenas. Costs have been held in check, both through the use of innovative new technologies such as distributed power, remote control switch locomotives and so forth as well as through economies of scale—for example: higher capacity cars, bigger trains and more density on trunk lines.

At the same time, the industry worked hard to slough off or reprice what it viewed as non-profitable business and also worked with customers to reshape how they utilized the rails by moving many out of the single-car network and into unit trains. An equal amount of discipline was applied to pricing, with the railroads assiduously avoiding costly market share battles and raising freight rates significantly faster than inflation.

But this success story has most certainly not been a volume story. With the important exception of domestic intermodal, the industry has not grown volume in recent years. In fact, as compared to the peak carload year of 2006, the major railroads originated more than three million fewer carloads in 2015. About two million of those missing cars were coal, but deficits can also be seen in each of the 20 AAR carload commodities with the exception of four, with only petroleum products (i.e. crude by rail) showing significant gains. Total rail ton-miles have declined by 0.7% per year over the past ten years, while truck ton-miles have grown by 0.8% per year. Rail carload has not been gaining share vs. the highway; it has been losing share.

There are fundamental forces currently under way in the North American economy that are going to dramatically remake the freight transport landscape. Macro forces are moving the economy in a direction where transport providers will be asked to provide more reliable, consistent and faster service for generally smaller shipments moving shorter lengths of haul. Meanwhile, the rail industry has been moving in exactly the opposite direction, with larger, less frequent trains composed of larger, higher-capacity cars. The bigger trains generate more yard dwell and greater variability in delivery because a missed connection means a longer wait for the next departure. The larger, heavier cars demand that even single-car shippers commit to multiple truckloads worth of product moving to a single consignee. And where possible we want the customer to tender the freight in vast unit train quantities. So as an industry, we are heading one way and our customers are heading in another.

But that’s only part of the picture, because the truck competition is not standing still. Although the trucking industry will likely go through a period of very tight capacity from 2017 to 2018 due to a shortage of drivers, the shortage will not persist in the long term. Giant strides are being made in autonomous trucks, and once these become commonplace (as they undoubtedly will, and sooner than you might think), trucking capacity will become relatively abundant and truck rates will decline precipitously. So the playing field is going to get much tougher for railroads as we move into the 2020s.

So, from where is the volume going to come to replace what has recently been lost? Certainly intermodal is one place, but intermodal can’t do it alone. The industry also can’t count on the creation of another unit train market like crude by rail. Those things come along once in a generation. For sustainable rail volume, it all comes down to the traditional, single-car network.

The problem is that the single-car network currently delivers a transportation product that is really not truck-competitive. The core issue is lack of consistency. Shippers will accept a slow service, provided it is properly priced. But what they won’t accept in today’s world is the tremendous variability in delivery time that is typical of today’s carload network. Truck variance is measured in minutes and hours, rail carload variance is measured in terms of days and weeks.

For shippers to convert from truck to rail, they need to have a clear commitment from the railroads on how long it will take and assurance that the commitment will be met. It’s not how fast the car gets there; it’s whether it gets there when it’s supposed to. The railroad can’t just price around the problem, because for most truck shippers, a service in which delivery can occur any time within a two-week period is unsuitable at any price. With that said, price is also an issue, as the railroads will need to convince customers that they have both a viable service model and a sustainable economic proposition.

What’s needed is a clean-sheet approach. Everything needs to be on the table, including technology, labor relations, operations, network design, pricing and accounting. Today, the single-carload system delivers inconsistent service and inadequate asset turns while demanding ever increasing pricing, prompting shippers with modal choices to avoid rail, and leaving shippers without modal choices in a distinctly uncompetitive position. The railroads need to turn the carload system into a precision network that delivers reliable service and better utilization of expensive railcar assets.

• An intelligent railcar with electric power, enabling real-time safety monitoring of all key systems, full-time GPS, fully automatic couplers, ECP brakes and video on each end transmitting to the locomotive.

• A single operator, located on board the locomotive or at a remote location, handling not only the line haul but the switching as well.

These innovations would create a premium product that would support a premium price, even for customers who are truck-centric today.

Pie in the sky? Probably. But from my standpoint, one thing is certain. If the industry is not willing to embrace radical change, then it is heading down the line to decreasing relevance and a diminishing role in our transportation landscape.

The challenge is clear, let the innovation begin!

Lawrence J. Gross is a 35-year veteran of the freight transportation sector. He is the President of Gross Transportation Consulting of Mahwah, N.J., an independent consulting practice specializing in freight transportation matters and a Partner and Senior Consultant at FTR Transportation Intelligence, a leading freight transportation research and forecasting firm. He is the principal author of the monthly FTR publications “Intermodal Update” and “Rail Update,” and also contributes to other FTR publications. Larry also writes “Land Lines”, a monthly column in the Journal of Commerce. Gross also makes frequent appearances before the transportation community. Recent appearances have included the IANA Intermodal Expo, the NITL Transcomp, the JOC Inland Distribution Conference and Railtrends. Gross is the executive most closely associated with the RoadRailer intermodal system, having worked with the product since its inception in 1980, and he continues to represent Wabash National in this regard. He splits his time between New Jersey and Durango, Colo., and enjoys the special qualities of each location.