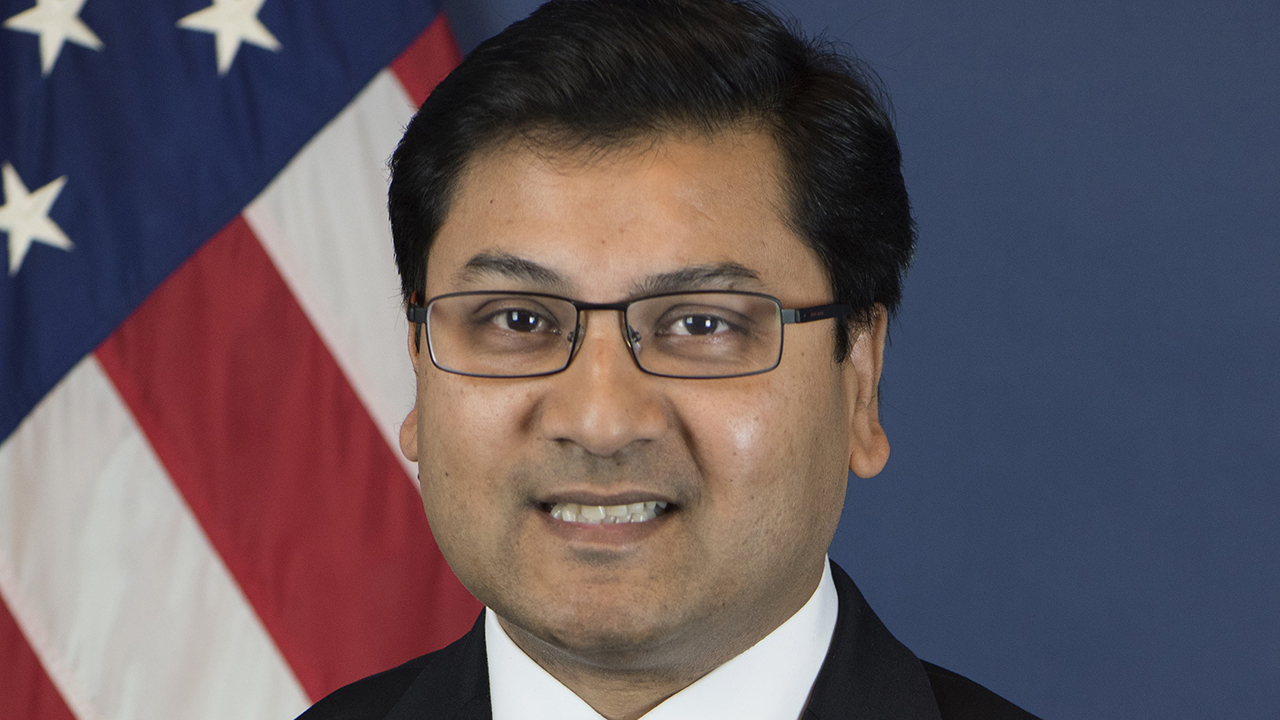 The Federal Railroad Administration on July 27 issued a Notice of Proposed Rulemaking (NPRM) on train crew size that basically mandates a minimum of two people in the locomotive cab, with limited exceptions. The Association of American Railroads, echoing many industry observers, is calling the potential rule a politically motivated move with “a complete absence of safety justification.” The NPRM (downloadable below) also applies to most passenger trains that come under FRA jurisdiction.

“This proposal would … enhance safety nationwide by replacing the existing patchwork of State laws regarding crew size with a uniform national standard,” FRA said. “Without consistent guidelines, railroads may be subjected to disparate requirements in every State in which they operate, resulting in potential safety risks, operational inefficiencies, and significant costs. The NPRM also proposes requirements for the location of crewmembers on a moving train, and would prohibit the operation of some trains with fewer than two crewmembers from transporting large amounts of certain hazardous materials. The risk assessment and annual oversight requirements in the NPRM are intended to ensure that railroads fully consider and address all relevant safety factors associated with using less than two person crews.”

“We are committed to data-driven decision making,” said FRA Administrator Amit Bose. “In cases where railroads wish to operate with fewer than two crewmembers, we are proposing that they perform a rigorous, thorough, and transparent risk assessment and hazard analysis, and FRA will provide an opportunity for public comment on these submissions.”

The AAR, in its statement, implied that Bose’s comments on data-driven decision making are an “about-face” with “no new safety data justifying it.” The American Short Line and Regional Railroad Association (ASLRRA) said the proposed rule is “a solution in search of a problem.”

The Association of American Railroads developed the following summary of the NPRM:

“Exceptions to the two-person crew mandate include:

“For railroads proposing new one-person crew operations, FRA would require detailed information addressing many issues. Notably FRA would require a risk assessment showing that one-person operations would be sufficiently safe. Any railroad ‘materially’ modifying an operation that FRA had approved would be required to submit a description of the modification and an updated risk assessment. FRA approval of the modification would be required. (The requirement to notify FRA of a material modification applies to legacy operations as well.)

“Any railroad receiving FRA approval to operate with less than two people in the crew, including legacy railroads, would have to annually submit to FRA safety data and information.

“The rule also requires that a crewmember not operating a train may be located outside the cab of a moving train only temporarily while performing duties and the crewmember can communicate with the engineer. Operations where the second crew member is in a motor vehicle paralleling the train would not be permitted: ‘Thus, a second person, even if that person is a certified conductor, would not be a train crewmember under this proposed rule if the person is intermittently assisting the train’s movements and traveling in a motor vehicle along a highway near the train.’

“Incredibly, FRA estimates the time burden for a railroad to prepare this petition to be 48 hours (40 hours for a legacy petition). FRA estimates the ten-year costs of the rule to be only $2 million, annualized costs $0.3 million.

“In justifying the proposal, FRA offers the following:

“FRA cites the Lac-Mégantic and Casselton accidents as illustrating the safety need for the proposal: ‘[T]there are no assurances that a railroad with a one-person train operation will initiate a safety protocol that could substitute for how multiple crewmembers, working as a team, could help prevent harm (Lac-Mégantic) and support each other during life-threatening conditions while helping to mitigate post-accident harm (Casselton).’

“Regarding the withdrawal of the NPRM by the previous Administration, FRA states it ‘over-relied on the absence of single-person crew safety data to support its 2019 Withdrawal, because there have been too few current one-person train crew operations to create any meaningful data. The lack of safety data reflects the paucity of data; it does not support any conclusions about the safety of single-person crews … Foreign train operations in developed countries, other than Canada, are not comparable for the most part due to differences in train lengths, territory, and infrastructure.’

“FRA said it ‘has concluded that a rule addressing crew size could effectively serve as a tool to ensure new technologies involving automation and other rail innovations are thoroughly reviewed and shown to be consistent with railroad safety before they are implemented.’

“FRA does cite the growth in longer trains, but doesn’t really explain the relevance.

“FRA cites research that ‘raised additional safety concerns regarding one-person train crews, such as the loss of low workload periods during which teams have time to plan ahead, the loss of a second crewmember to notice and correct errors, and the difficulty some crewmembers may have working alone … The research describing the technology implications of a cognitive task analysis for locomotive engineers also suggests why implementing PTC could create new sources of workload and distraction and thus should not be presumed to lead to fewer tasks for the crew to do, nor make it easier to accomplish the tasks with a single person until the issue can be studied … The research suggests that PTC technology may require locomotive engineers to focus more on in-cab displays and thereby reduce their ability to monitor activity outside the cab … [T]he research concluded that train crews must avoid too much reliance on new train control technologies because, if the system ever fails, the engineer must be able to operate the train safely or bring the train to a safe stop until the technology is repaired.’

“FRA also says ‘[A] second crewmember’s presence or reminder of an electronic device prohibition could act as a deterrent to any prohibited use … Although it is possible that inward-facing cameras in the locomotive cab could equally act as a deterrent to prohibited electronic device use and provide valuable information during a post-accident investigation, such cameras are currently not required and have not been installed voluntarily on all locomotives industry-wide.’

“‘FRA anticipates that some commenters will take the position that a second crewmember is a source of distraction and could add to the number of persons killed or seriously injured when an accident occurs. As in 2016, such instances of crewmember distraction are likely rare, but FRA does not have readily available information for estimating such countervailing impacts of this proposed rule.’

“Today, the FRA proposed rolling back the clock on train crew staffing—with no safety justification—and took steps to lock in two person crews into the future,” the Association of American Railroads said. “Though the rule proports to offer a path toward single-person operations, the FRA’s proposal effectively reserves to itself unfettered discretion to disapprove such proposed operations, which removes any regulatory certainty or predictability and may make it nearly impossible for carriers to move beyond the current staffing paradigm.”

“Today’s proposal prioritizes politics over sound, data-driven safety policy,” said AAR President and CEO Ian Jefferies. “In 2019, [under the leadership of Federal Railroad Administrator and career railroader Ron Batory], the FRA thoroughly reconsidered a rule that was very similar to the one being put forth today and retracted it after finding a complete absence of a safety justification for that rule. We knew then, and we especially know now with the full deployment of Positive Train Control technology, that there is no plausible safety justification for regulating the number of individuals physically located inside the cab of a locomotive.

“As has always been the case, railroad staffing and duty assignment decisions belong at the bargaining table [under the Railway Labor Act]. In fact, this issue is being negotiated right now across the industry in the current round of collective bargaining, and that process should be allowed to conclude without attempted interference in an area never before regulated.”

“In revisiting the crew size issue, the FRA provides no new safety data justifying its about-face,” AAR noted. “Instead, the FRA reverses its prior assessment of the relevance of some pre-PTC research studies and simply disregards the substantial evidence of safe one-person operations here and abroad. While other Department of Transportation modal agencies are working to support greater automation and the safety benefits that accompany such technology, the FRA stands alone in its efforts to lock in yesterday’s regulatory approaches. This regulatory approach puts freight rail at a long-term competitive disadvantage to other, less fuel efficient modes of transportation. AAR and the freight railroads will strongly encourage the FRA to reconsider this misguided political proposal that would stand in the way of future progress in the industry.”

Comments on the proposed rule can be submitted to the docket FRA-2021-0032 via www.regulations.gov and must be received by Sept. 26, 2022. The NRPM is on public inspection today and can be downloaded below: