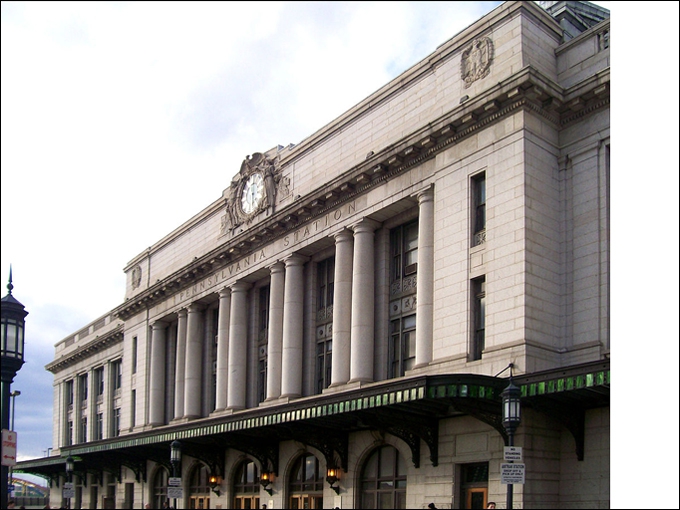 “Baltimore Penn Station is the eighth busiest station in our national network and this important step underscores Amtrak’s continued efforts to significantly enhance the station experience and amenities for all travelers,” said Bart Bush, Amtrak Vice President of Real Estate Stations and Facilities.

Goals of the master development, which includes neighboring Amtrak-owned properties, include modernizing and expanding station facilities and amenities to accommodate growth; renovating the station’s upper floors, and supporting transit-oriented development in the surrounding neighborhood.

“I am confident that this team, which is comprised of local Baltimore businesses, understands how urgent the redevelopment of Penn Station is to the City of Baltimore, said Rep. Elijah E. Cummings (D-Md.). “This team brings the expertise essential to ensuring that the full potential of this resource is finally tapped to support economic growth and revitalization.”

“This development is a historic opportunity for Amtrak and Penn Station Partners to bring to life a bold future for Penn Station, generating jobs and sustained economic opportunities for our Baltimore communities and beyond,” said Mayor Catherine Pugh. “My administration looks forward to working with this team to maintain forward momentum.”

Amtrak said negotiations are underway with the team proposing a multi-phased, mixed-use development that could develop as much as 1.6 million square feet in the area. Preliminary concepts include a hotel in the historic station headhouse, as well as office and residential space to the north along Lanvale Street connected by an expanded concourse with new retail opportunities. Specific details regarding the development’s scope, design and phasing will be the focus of future discussions between Amtrak, the selected developer, stakeholders and the public.

Originally named Union Station when the Pennsylvania Railroad opened it in 1911 and served the Western Maryland, the Beaux-Arts style depot on the Northeast Corridor was designed by architect Kenneth MacKenzie Murchison of New York. Its location at 1515 North Charles Street puts it a mile-and-a half north of downtown and the Inner Harbor. In 1928 it was renamed to match other PRR stations. It hosts Amtrak, MARC and the Maryland Transit Administration’s light rail.

“On behalf of the entire Penn Station Partners team, we are incredibly excited for this opportunity to reimagine one of Baltimore’s great transportation hubs,” said Michael Beatty, President of Beatty Development Group. “The PSP team is comprised of some of the top minds from around the world, experts in their respective fields, all working together to create an ambitious vision for the future of Baltimore Penn Station. Today’s announcement brings us one step closer to making that vision a reality.”