As old rights-of-way expand or are rehabilitated—and as new rail transit routes are created and extended—the growing demand for crossties will have to serve a more diverse marketplace.

Crossties are second, perhaps, only to the steel rails themselves as symbols of an industry—and a critical component that shapes the physical spine in making the railroad mode’s efficiency as good as it gets for land transport.

To that end, the replacement market for crossties continues to dominate sales and use. Figures from the Association of American Railroads show the number of ties “laid in replacement” rose 43% between 2000 and 2009—reflecting an industry commitment to maintenance even as traffic volumes increase.

By contrast, ties “laid in addition” during 2009 were just 3.3% of the amount “laid in replacement.” But the smaller category also displayed a more varied makeup of tie types, which AAR identifies as “ties made from concrete, steel, plastic, and composite materials.”

If Saint-Laurent, Que.-based Stella-Jones’ first-quarter 2013 sales are any indication, such a decline may be temporary. Stella-Jones said its railway tie sales rose 0.5% in the first quarter of 2013 compared with a year ago, “reflecting steady market demand.”

RTA’s Gauntt also noted two new treating plants were due to come online despite the industry having sufficient capacity to meet current demand. Boatright Cos.’ new 400,000square-foot plant in Chilton County, Ala., scheduled for completion at the end of this year, is one of those plants.

Be they made of rock-solid Rock Elm in the Midwest, Longleaf Pine in the South, Douglass Fir in the West, or various Oak species throughout North America, wood ties remain a constant on most U.S. and Canadian rights-of-way, given the still-abundant supplies available (certainly relative to Europe). And Koppers, Inc. Vice President Marketing and Sales Thomas Niederberger says railroads of every size are involved.

“Class I demand has remained relatively consistent across the board, with the short line/contractor/transit markets showing some variability by region but nonetheless pretty much the same as last year,” Niederberger says.

As the U.S. economy improves, however, competition for lumber may generate what Niederberger describes as “headwinds” for the industry. “Sparked primarily by the ongoing strength in the U.S. housing industry and the related flooring market, along with a consistent demand for board road material for the energy market and a resurgence in export lumber, there is strong evidence that higher pricing for these sawn products will push more logs to be cut into boards rather than ties without further financial support,” he says.

That may make wood’s potential for re-use even more economically and environmentally compatible as a “sustainable” material. National Salvage and Service Corp., a treated wood railroad track product and service provider, specializes in providing “cradle-to-grave” products, including removal of used crossties, continuing with the recovery of assets through re-sale of ties, and grinding of spent ties for fuel and then, restoration of track through its supply of new ties and other treated wood track products. “Business is booming and as a result, the treating plants we are working with are treating ties 24/7,” says Jeffrey Broadfoot, vice president of sales, marketing and business development.

Similarly, Encore Rail Systems has developed products and application equipment designed to extend the life of wood ties, with Tie Armor® products incorporating a borate solution designed to be applied to the wood tie after it has been adzed. It is applied to the exposed, untreated part of wood during the rail changeout process. This gives ties extra protection against tie rot and insects.

But McCaslin also can point to 89,000 concrete ties headed for the Sonoma-Marin Area Rail Transit (SMART) project in northern California scheduled for completion this year, or 35,000 ordered by Foothill Transit Constructors for use in the ever-expanding Los Angeles light rail transit network.

“The Core Business Model was ‘Class I’—once,” McCaslin says. “Now transit is built into how we operate.”

Rocla Concrete Tie, Inc. sees the market similarly, noting the concrete tie industry “continues to have a backlog of work due to a good mix between heavy haul customers and transit oriented work. The Class I railroads are beginning to request pre-recession level volumes for their capital programs.”

Options include plastic or steel

Though Axion has two Class I customers, its customer base also relies on transit properties such as Dallas-area’s Trinity Railway Express (TRE), the Long Island Rail Road, and New Jersey Transit. “Miami-Dade Transit opts for our ties for all of its switch points” on Metrorail, Jordan says. Last May, Edmonton Transit System ordered the company’s ECOTRAX specialty rail ties specifically for grade-crossing locations.

“Generally, it’s cost over time,” Jordan says, allowing that wood ties cost less upfront. “Our product is inert, it doesn’t rot, doesn’t leach into the soil. That works really well in road crossings.” That resonates well with sustainability programs such as employed by Portland, Ore.’s TriMet, which uses Axion ties for its light rail transit bridge approaches. “The primary benefit for them is that it’s 100% recycled plastics, and it outlasts anything else,” Jordan says. 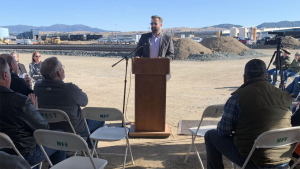 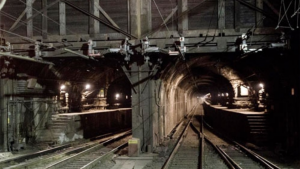 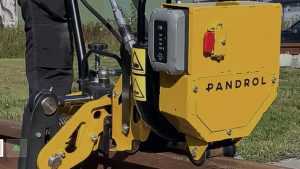