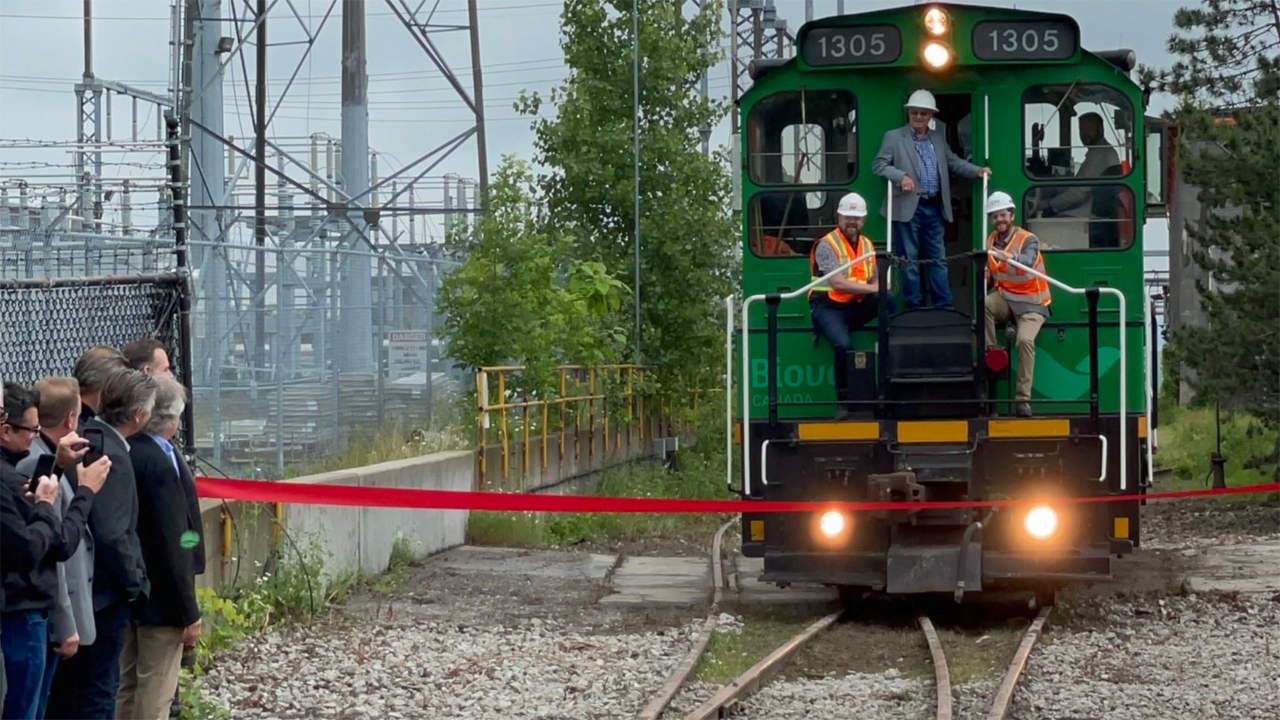 GIO Railways Corporation has signed a switching agreement with Hamilton-Oshawa Port Authority (HOPA) and Bioveld Canada to return rail service to a 200-acre industrial complex in the Niagara Region of Ontario. Also, May was the second-busiest month on record for the Port of Long Beach in California.

Under a switching agreement, GIO Railways is now using existing CN track to serve Bioveld Canada’s Thorold Multimodal Hub. It is the first time in more than 20 years that a railroad has provided the Hub with first-mile/last-mile and transload services. Rail users are expected to haul such commodities as forest products, liquid bulk, plastics and metals, and raw materials for the manufacturing and construction industries.

“Integrating and expanding the rail service offering to our tenants and customers has always been part of HOPA’s vision for the Thorold Multimodal Hub,” HOPA Ports Commercial Vice President Jeremy Dunn said. “The fact that we have rail connecting [more than 500,000-square feet of] indoor and outdoor transloading space and railcar storage right beside the Welland Canal are all part of what makes the Hub so unique.”

In the future, the Hub is slated include marine-rail connections. A gantry crane and rail scale will also be reactivated, according to Justus Veldman, Managing Partner of site-owner Bioveld Canada, a BMI company.

“We are thrilled to expand our footprint into Thorold in partnership with CN Rail, and to see these lines revived,” said Neil Johnson, Vice President of Welland, Ontario-based GIO Railways, an industrial switching and short line operations company.

“We are moving an extraordinary amount of cargo and continue to work with industry partners to quickly move imports and empties off the docks,” Port of Long Beach Executive Director Mario Cordero said. “Looking ahead, we are ready for the traditional summertime surge to coincide with China’s recovery from a lengthy lockdown.”

According to the Port, a “cargo influx is anticipated as pandemic-induced shutdowns are lifted in China. Strong income gains and a large savings cushion are anticipated to support consumer spending this year, despite the ongoing risks of inflation, the war in Ukraine and the recent lockdown in China. Demand for workers remains strong, with the addition of 6.6 million jobs reported nationwide over the past year. Increases in core durable goods shipments suggest business investment continues to progress at a steady clip.”

The Port reported that it has withheld the start of a “Container Dwell Fee” that would charge ocean carriers for containers that remain too long on the docks. The San Pedro Bay ports—Long Beach and Los Angeles—have seen a 40% decline in aging cargo on the docks since the program was announced Oct. 25, 2021, it noted. (Both ports are slated to charge ocean carriers for every container that is scheduled to move by truck and dwells nine days or more, or by rail and dwells three days or more.)