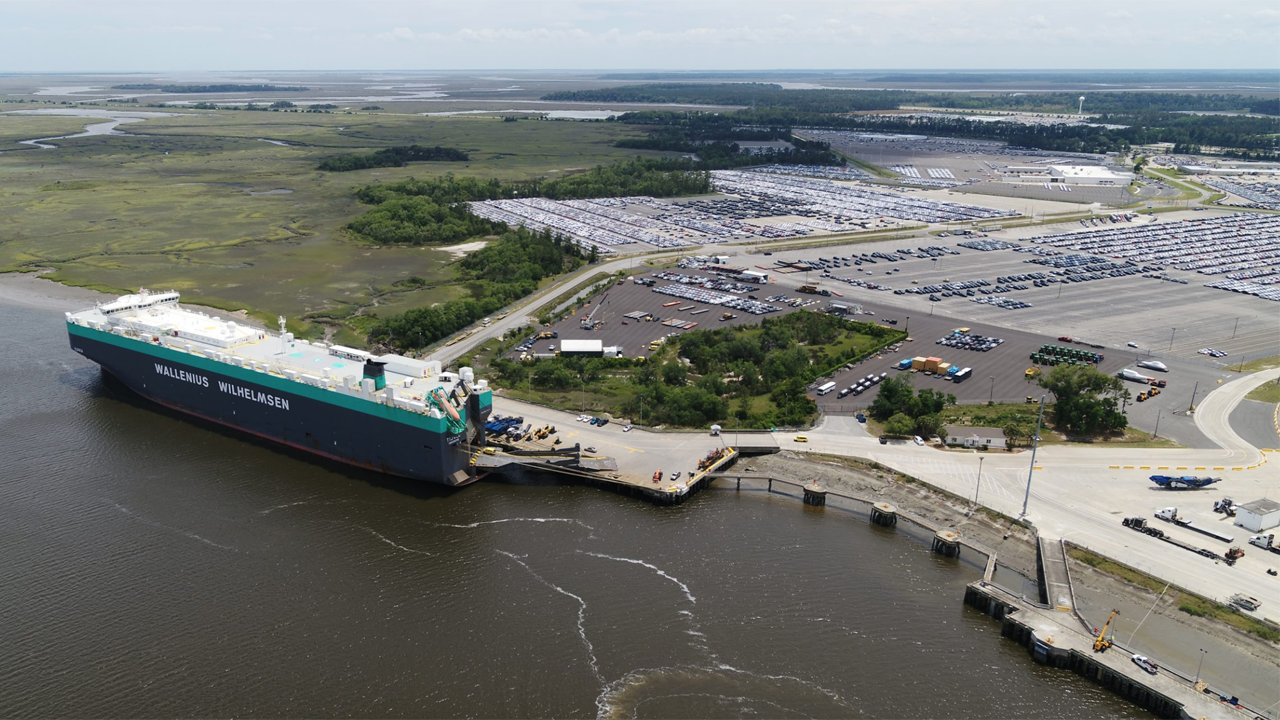 GPA on Sept. 27 reported that Nissan will join 24 other major auto manufacturers at the Port of Brunswick’s Colonel’s Island Terminal. The 1,700-acre terminal provides access to Interstate 95, and from there, I-10 and I-16. Additionally, CSX and Norfolk Southern connect to the Myd Harris Rail Yard on Colonel’s Island via the Golden Isles Terminal Rail Road, which provides all rail switching services on Colonel’s Island.

To help accommodate new business, GPA said it has developed an additional 85 acres for storage. Also, Wallenius Wilhelmsen Solutions (WWS) is constructing three new buildings to support its auto processing operation for Nissan and Infiniti, a Nissan division. The buildings are expected to be completed this fall.

“Brunswick is a great fit into Nissan’s network, based on its location close to our dealerships in the southeastern U.S., proximity to I-95 for truck haul-away and rail connections,” said J.S. Bolton, Director of Supply Chain Management for Nissan.

“With WWS expanding its presence to make Brunswick a hub port for its auto processing, combined with new customers such as Nissan coming onboard, Colonel’s Island Terminal is poised to become the nation’s premier gateway for vehicles and heavy machinery,” GPA Board Chairman Joel Wooten said. “With the enormous asset of space, our facility provides ample room to take on new business with on-site auto processing for services such as accessory installation.”

Port Saint John on Sept. 28 reported that following investment of more than C$500 million in recent years from the private sector, the Canadian government and the Port itself for infrastructure upgrades at the DP World-operated container terminal, the Port and its partners have reached a milestone of 100,000 TEUs so far in 2022—“more throughput than Port Saint John has ever experienced on an annual basis.” It is expected to reach 800,000 TEUs annually upon completion of construction at the expanded container terminal in the next couple of years.

The Port is served by New Brunswick Southern Railway (NBSR), with connections into central Canada, and the U.S. East Coast and Midwest through CN, and Canadian Pacific (CP) via the Central Maine & Quebec Railway (CMQR).

CP regained access to the Port in June 2020 with its acquisition of the CMQR—Railway Age’s 2016 Regional Railroad of the Year—which has connections with the Eastern Maine and NBSR. This expansion of CP’s network more directly links Atlantic Canada to Montréal, Toronto and the U.S. Midwest (Chicago, Minneapolis, Kansas City).

“The investments made in Port Saint John, combined with CP’s return to this congestion-free port after a 20-year absence, have unlocked strategic potential that sat untapped for too many years,” CP Executive Vice President and Chief Marketing Officer John Brooks said. “CP supports the strategic investment to bring Port Saint John’s capacity up to 800,000 TEUs.”