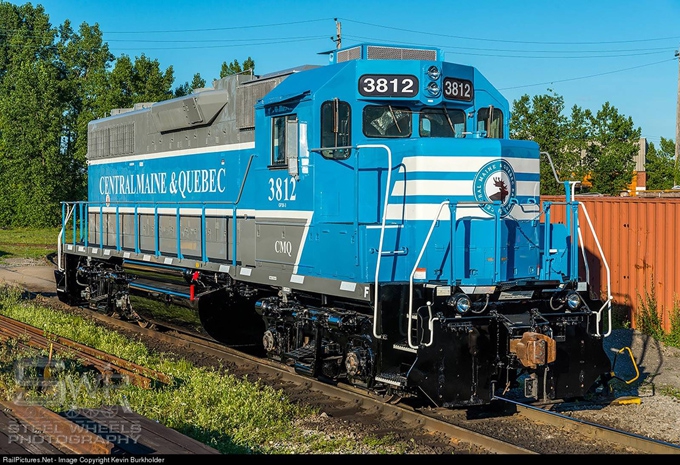 The locomotive, originally built as Penn Central GP38 #7791 in 1969, was completely rebuilt and overhauled at the CAD Railway Industries facility, located in Lachine on the periphery of Montreal, Quebec.

The new scheme is designed to pay homage to the CMQ’s Canadian Pacific Railway heritage and to establish a new identity for the company, which will eventually adorn the remainder of the locomotive fleet.

John Giles, President and CEO of CMQ says, “These ‘new’ GP38-3 locomotives have recently undergone a fundamental rebuild and rehabilitation with new but proven, technological and mechanical upgrades. CMQ and FTIA (Fortress Transportation & Infrastructures Investors) will continue to invest and improve our infrastructure and equipment so that we can serve our shippers and customers more effectively and efficiently. These new GP38-3’s will provide dependable, economic service to CMQ and its clients for years to come. And, they look pretty darn sharp too!”

CMQ GP38-3 #3812 will be released to general service where the company’s four-axle locomotives are typically used and it (or one of the other emerging units in the new scheme) will be on display at the 2016 24th Annual Glory Days of the Railroad Festival in White River Junction, Vermont, on September 10 and 11.

CMQ’s paint scheme was designed and adapted by Kevin Burkholder of Steel Wheels Productions and Photography.