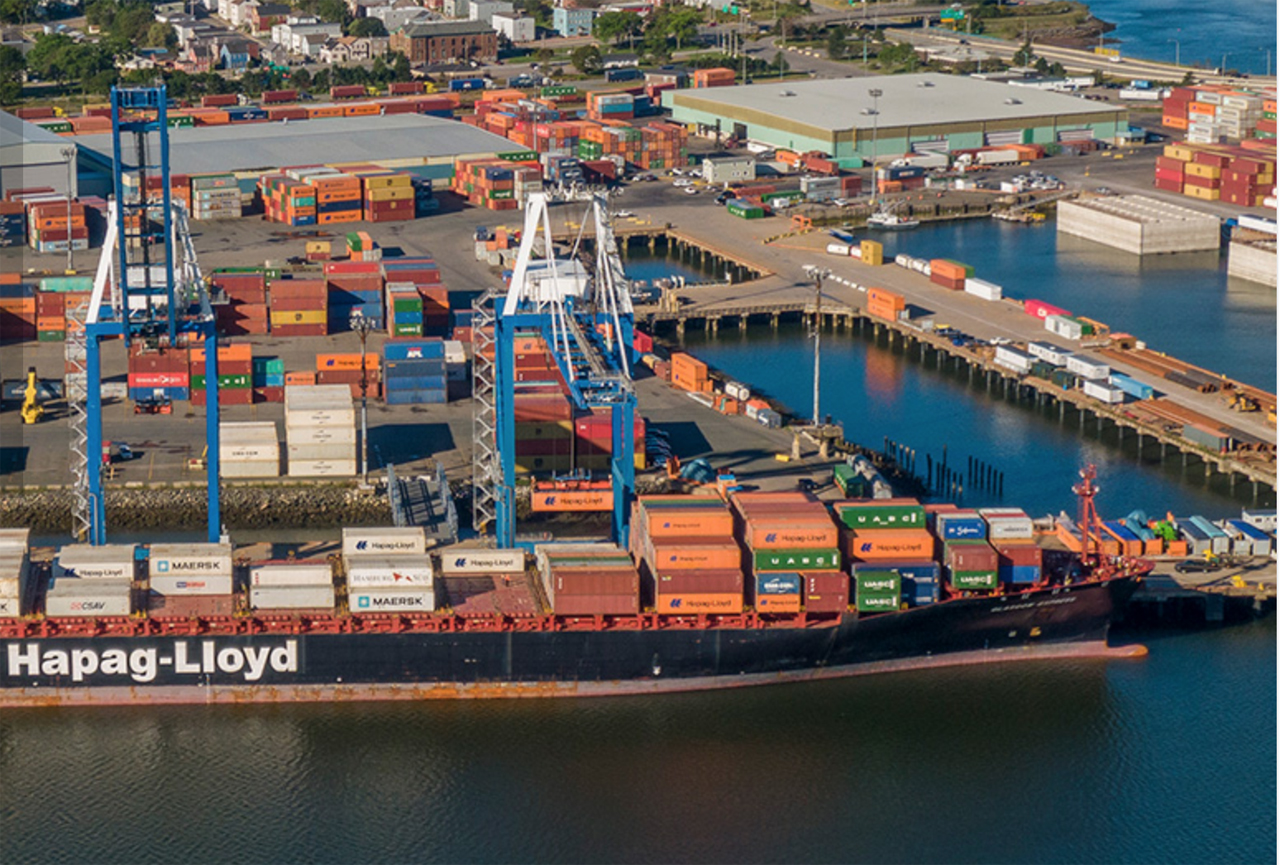 CP regained access to the Port of Saint John, N.B., in June with its acquisition of the Central Maine & Quebec Railway and through connections with the Eastern Maine and New Brunswick Southern railways.

Canadian Pacific (CP) is building business at the Port of Saint John in New Brunswick with an extension of its service agreement with global liner shipping company Hapag-Lloyld AG, which will begin regular intermodal service via CP from the Atlantic Canada port starting in 2021.

CP regained access to the port in June with its acquisition of the Central Maine & Quebec Railway, Railway Age’s 2016 Regional Railroad of the Year, and through connections with the Eastern Maine and New Brunswick Southern railways. This expansion of CP’s network more directly connects Atlantic Canada to Montréal, Toronto and the U.S. Midwest (Chicago, Minneapolis, Kansas City). CP reaffirmed “its commitment to grow traffic at the Port of Saint John and stimulate economic growth and investment in New Brunswick” at a summer meeting with Premier Blaine Higgs.

On Aug. 11, the Class I railroad officially launched its international intermodal service through the port with an inaugural train carrying containers from the Hapag-Lloyd vessel Detroit Express bound for intermodal terminals on the CP network in Canada and the U.S.

Hapag-Lloyd is CP’s largest customer by volume, CP President and CEO Keith Creel said in the Dec. 1 contract-renewal announcement. “It’s through our network reach and disciplined execution of the precision scheduled railroading model that we can offer a caliber of service capable of winning our customers’ support in this way,” he noted. “With our expanded reach to the deep-water port at Saint John, we are proud to offer Hapag-Lloyd another reason to use our services.”

CP also serves Hapag-Lloyd through ports at Vancouver and Montréal.

“Having Hapag-Lloyd call the Port of Saint John regularly is the first step in the port becoming a world-class gateway,” Creel said. “Through the Port of Saint John, CP enjoys about a 200-mile advantage over our competition into Montréal, Toronto and Chicago. This East Coast advantage bodes well for businesses in Atlantic Canada, customers across our network, and for the broader supply chain. We are only just starting to unlock the potential that exists at the Port of Saint John.”