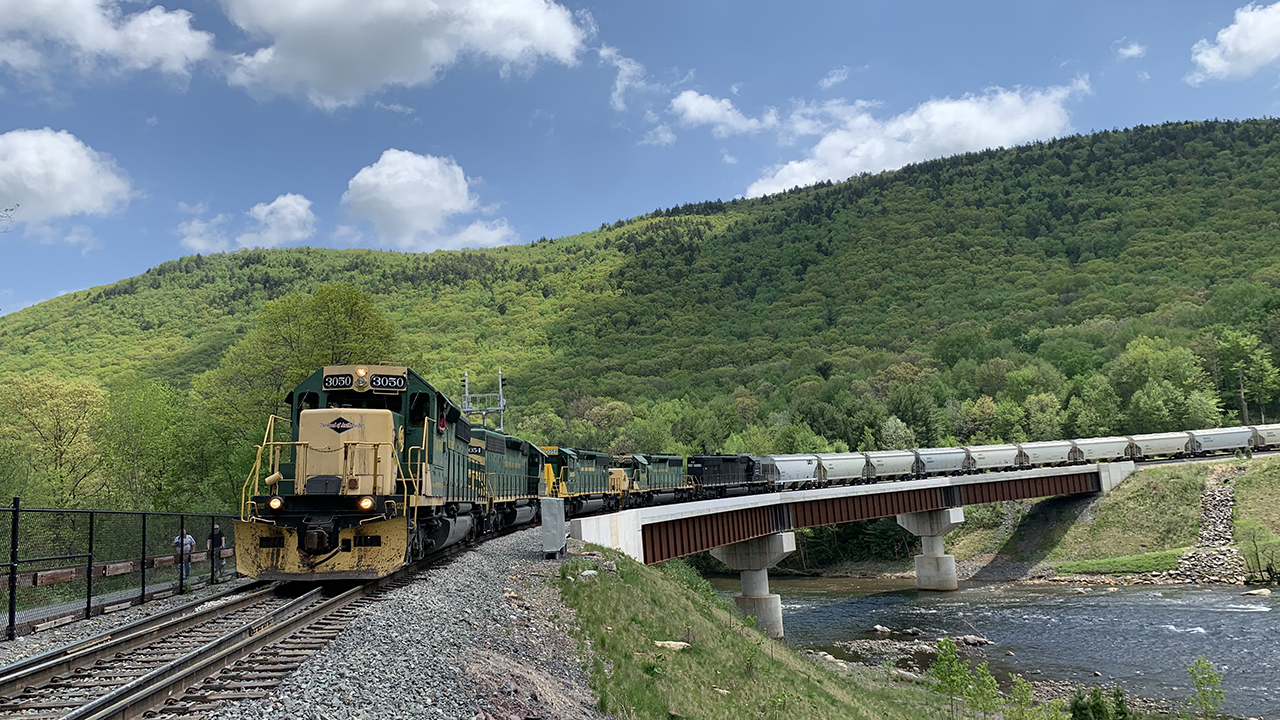 Class II Reading & Northern Railroad (RBMN) took delivery of its first unit train of frac sand around 10:30 am on May 15. Norfolk Southern delivered the train to RBMN’s North Reading Yard.

RBMN crews were on hand to receive the train and immediately take it to the railroad’s Sand Storage facility in Pittston, Pa. The train arrived at Pittston at 3:30 pm., “exemplifying our premium freight service,” RBMN noted. “Last year, we identified a regional need for a transload terminal and began the process of building a facility in Tunkhannock, Pa. The Tunkhannock Transload Terminal opened earlier this year for Marcellus and non-Marcellus transload business. Frac sand is an anchor commodity of the terminal, and we expect to move significant tonnage through Tunkhannock.”