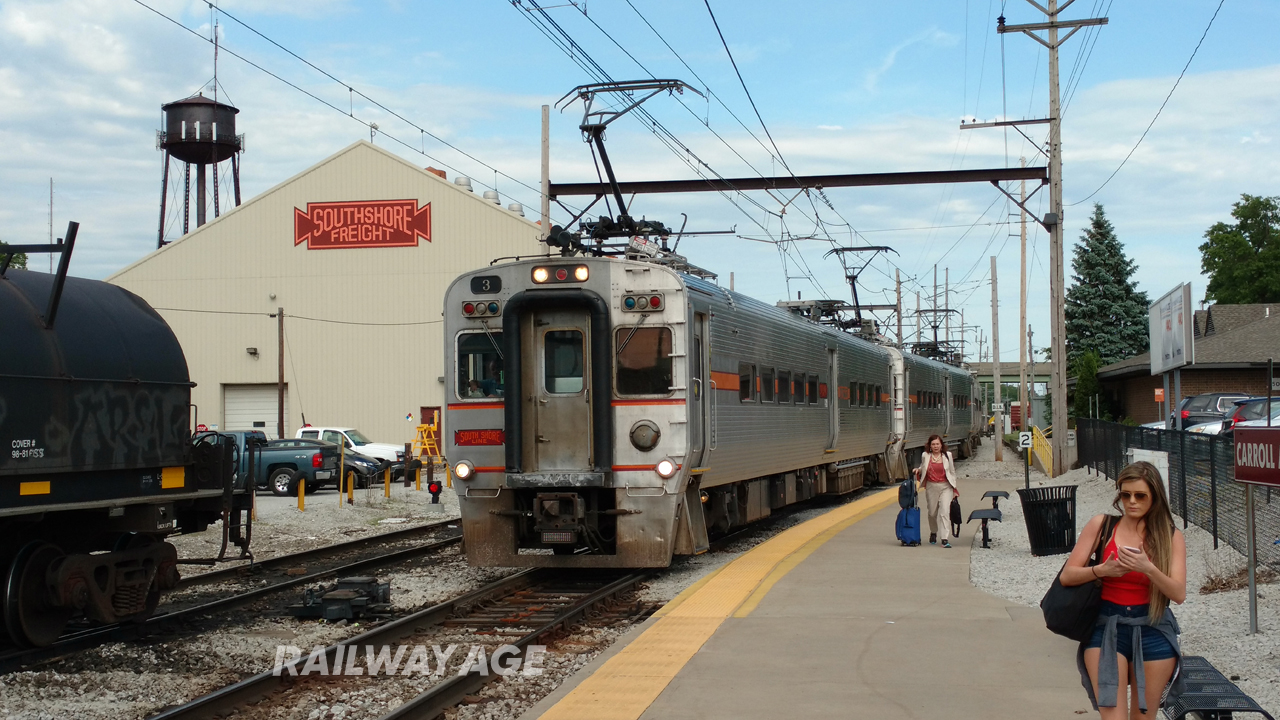 An agreement on a project to improve commuter rail service on an historic route between Indiana and Chicago will have a follow-on economic benefit for a short line freight carrier, too.

The CSS has its shops and offices at Michigan City; NICTD also has a yard there.

“CSS is proud to partner with NICTD and NIPSCO on this important project,” said CSS President Todd Bjornstad. “Our $2 million contribution will help us continue to provide quality service for current and future freight customers. The project will result in smoother and safer passenger and freight operations.”

The Federal Transit Administration in February put Double Track and the South Shore Line’s West Lake Corridor project on its annual list of funding recommendations. Per the Trump administration’s priorities, the FTA is not asking Congress to fund those and other new projects in Fiscal 2019, but only recommending that Congress fund 10 projects that already have full funding grant agreements with the agency. Pending that funding, work is scheduled to be completed by 2021. 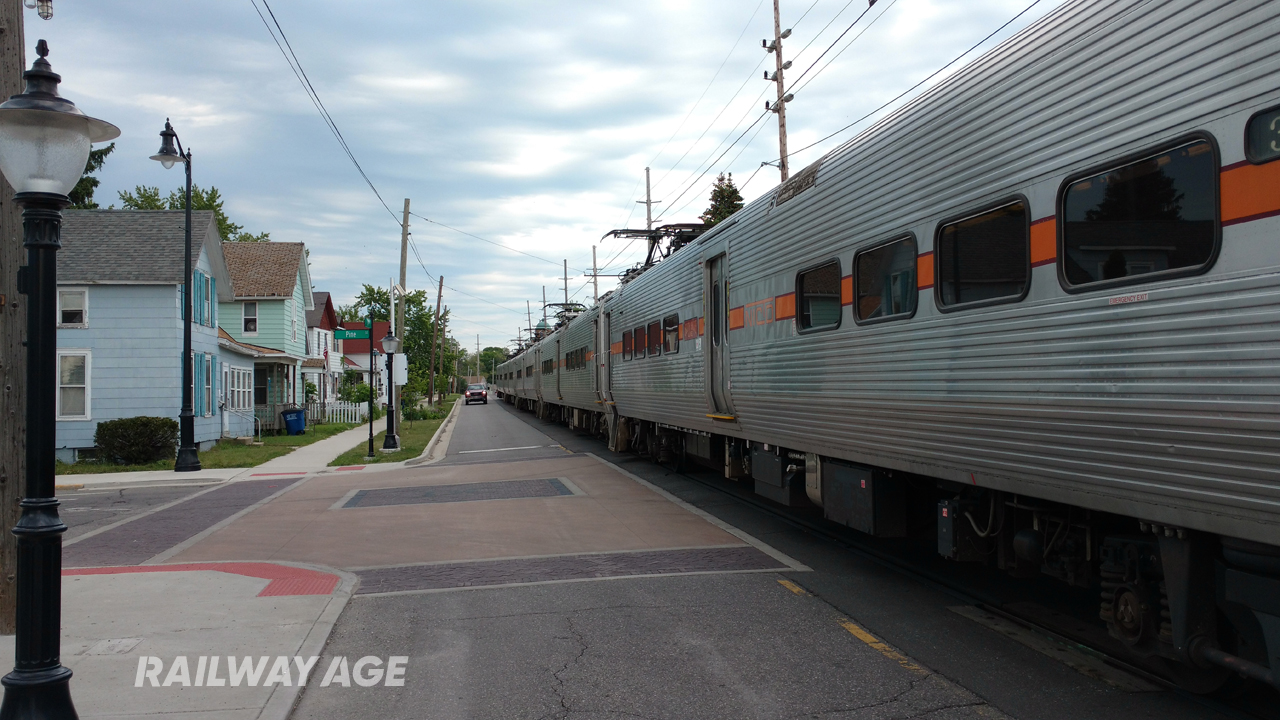 An eastbound NICTD train shares 11th Street with vehicular traffic at the Michigan City station. The Double Track NWI project would shift the track to the north side of the street (right in photo.) Railway Age photo by Stuart Chirls

Under Double Track, CSS also will be able to develop some of NIPSCO’s idle 100-acre Bailly Generation Station (BGS) property in northwest Indiana. The plant’s coal-fired generators were retired in June.

“The BGS site offers an excellent opportunity for potential business growth, which will be good for Northwest Indiana,” Bjornstad said.

What would became the Chicago, South Shore & South Bend started life in 1901 as an electrified interurban linking East Chicago and Indiana Harbor and by 1908 had reached South Bend. After several bankruptcies, CSS freight operations were bought by Anacostia & Pacific Holdings in 1990 while NICTD acquired the passenger assets it had been subsidizing since 1977. CSS runs on 27 miles of its freight-only track; shares another 75 with NICTD, and 80 more miles with other railroads. It interchanges with BNSF, Canadian Pacific, CN, CSX, Norfolk Southern and Union Pacific, and 10 other railroads.

There are about eight miles of double-track main line between Gary and Michigan City, the project will connect sidings and make the entire section of this segment double track. While NICTD commuter trains for decades have run along a historic route down the middle of 11th and 10th streets in Michigan City, the project will shift the track to the south side of 10th Street and the north side of 11th Street, eliminating 21 grade crossings and adding crossing gates to 10 others.

Double Track will also relieve a bottleneck at Burns Harbor, Ind., where CSS and NICTD share a single-track line. When completed, the project will relocate CSS switching north of the main line.