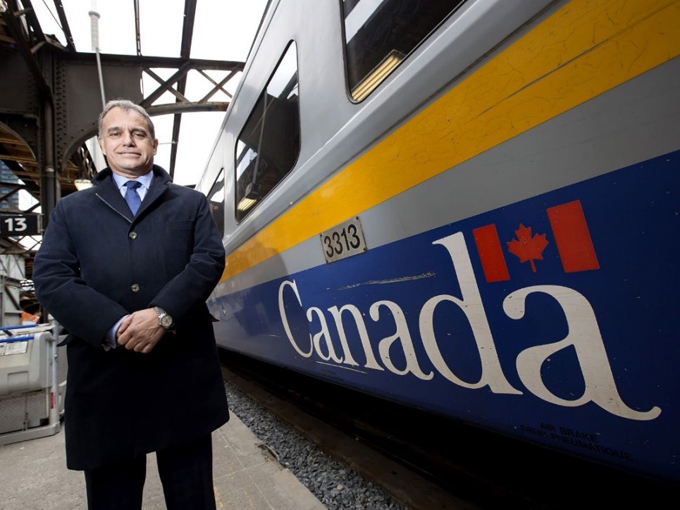 VIA Rail is coyly dripping details of its desired route for dedicated “High Frequency Rail” (HFR) service linking Quebec City, Montreal and Toronto as it seeks to build political support for the C$6 billion scheme that requires approval of its single shareholder, the government of Canada.

While the railway has not officially unveiled its proposed route map, VIA Rail’s personable CEO Yves Desjardins-Siciliano has been meeting discreetly with leaders of towns and cities that would be served by new stations, some after decades without any passenger rail service. VIA Rail hopes local and national politicians will in turn urge Prime Minister Justin Trudeau to finish the job started 40 years ago by his father Pierre, who forged VIA Rail from the remnants of passenger service then reluctantly operated by Canadian National and Canadian Pacific.

The HFR scheme would seem to fit nicely with the government’s promised public-private infrastructure bank expected to be launched later this year. Desjardins-Sicilianjo has long been courting the high public pension funds that would comprise the core of the infrastructure investment bank.

A rejection by Ottawa would effectively strangle passenger rail in Canada by constraining it to the shrinking slots between CN freight trains between Quebec City and Toronto. Without exclusive trackage, VIA Rail cannot grow in its most important market. It would also be a career disappointment for Desjardins-Siciliano and likely deflate employee morale, boosted over the past three years by the CEO’s energetic ambition for the railway.

It would take a brave Justin Trudeau to risk his immediate electoral fortunes in Ontario and Quebec and assume oedipal notoriety as the boy who killed his father’s creation. Infrastructure spending was a signature promise of Trudeau’s 2015 landslide victory, but so far there has been little to show for it. A highball this year for VIA Rail’s HFR could see shovels in the ground by the country’s next election in 2019.

There is no status quo alternative: Without HFR, VIA Rail’s existing motley fleet of locomotives and cars would have to be replaced at a cost of C$1.5 billion, or passenger rail in Canada would simply be allowed to rust into irrelevance.

VIA Rail annotates its proposed route map with caveats that it is so far only a management initiative, does not reflect government policy, and is subject to change.

From Quebec City in the east, the HFR line would restore passenger service to CP’s former north shore route to Montreal, now operated as the Quebec Gatineau Railway by Genesee & Wyoming. VIA Rail would take over the marginal Quebec Gatineau but could accommodate overnight freight service to existing customers as it does in Ontario with the Smith Falls to Brockville line acquired from CP.

From Montreal, the HFR route would subsume VIA’s existing fully-owned Ontario trackage through Alexandria, Ottawa and beyond to Smith’s Falls, whence it would more-or-less retrace abandoned CP right-of-way to Peterborough and carry on to Toronto over a still-operational subdivision to be acquired from CP. (Download a PDF map from the link below.)

New passenger rail service thus would be gained in Quebec by the St. Lawrence River port city of Trois-Rivières and in Ontario by Sharbot Lake, Tweed and Peterborough.

Station stops along VIA Rail’s existing CN lines would be continue to be served by local schedules tuned to the needs of communities between the big cities. Kingston would become the terminus for regional trains to and from Montreal and Toronto. The existing snippet of VIA Rail trackage between Smith’s Falls and Brockville would bridge the new HFR service to the future Montreal-Kingston-Toronto locals.

Some route details remain obscure, particularly access to downtown stations in Montreal and Toronto, where nascent regional transit projects are competing for the same track. But those are trivial compared to the larger issue of whether Canada’s rail passenger service will thrive, remain on life support, or be allowed to expire.