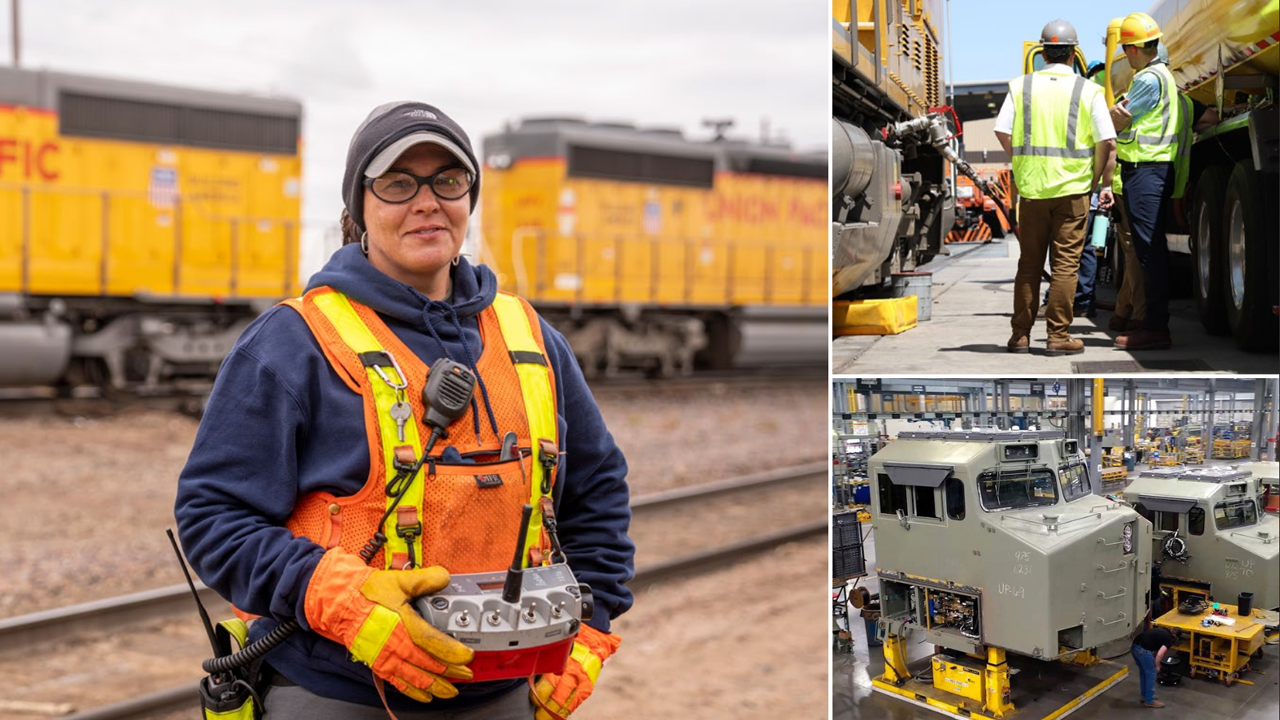 Union Pacific (UP) on Nov. 15 published a 2022 Climate Action Plan outlining efforts to reduce its environmental impact, to achieve its science-based target, and to attain net zero emissions by 2050.

“Our commitment to mitigating the impacts of climate change is underscored by our science-based target to reduce absolute Scope 1 and 2 greenhouse gas (GHG) emissions and GHG emissions on a well-to-wheel basis from locomotive operations 26% by 2030 from a 2018 base year,” UP Executive Vice President-Sustainability and Strategy and Chief Human Resource Officer Beth Whited reported in the 29-page plan (scroll down to download).

UP has taken the following steps toward reaching its goals since releasing its first climate action plan in December 2021:

Whited noted in the 2022 Climate Action Plan that “[a]lthough our absolute GHG emissions increased 3.6% in 2021 over 2020, driven by increased demand for transportation services and service interruptions, our emissions intensity decreased by 2.2%.”

According to the plan, UP formally committed with the Science Based Target Initiative (SBTi) to revise its near-term emissions reduction target to support a 1.5ºC climate ambition, as well as set and validate a net-zero emissions target. Additionally, the railroad earlier this year conducted a climate-scenario analysis “to better understand the risks to and opportunities for our operations, infrastructure and supply chains from specific climate scenarios,” Whited explained. “The analysis is being used to evaluate and develop strategies to allow us to respond to both high- and low-carbon scenarios.”

“We must continue to be forward thinking in our initiatives to see reductions in our absolute emissions,” UP Vice President-Labor Relations and Sustainability Maqui Parkerson said during the plan’s Nov. 14 release. “Climate change is caused by human behavior and recognizing our community impact is imperative.”