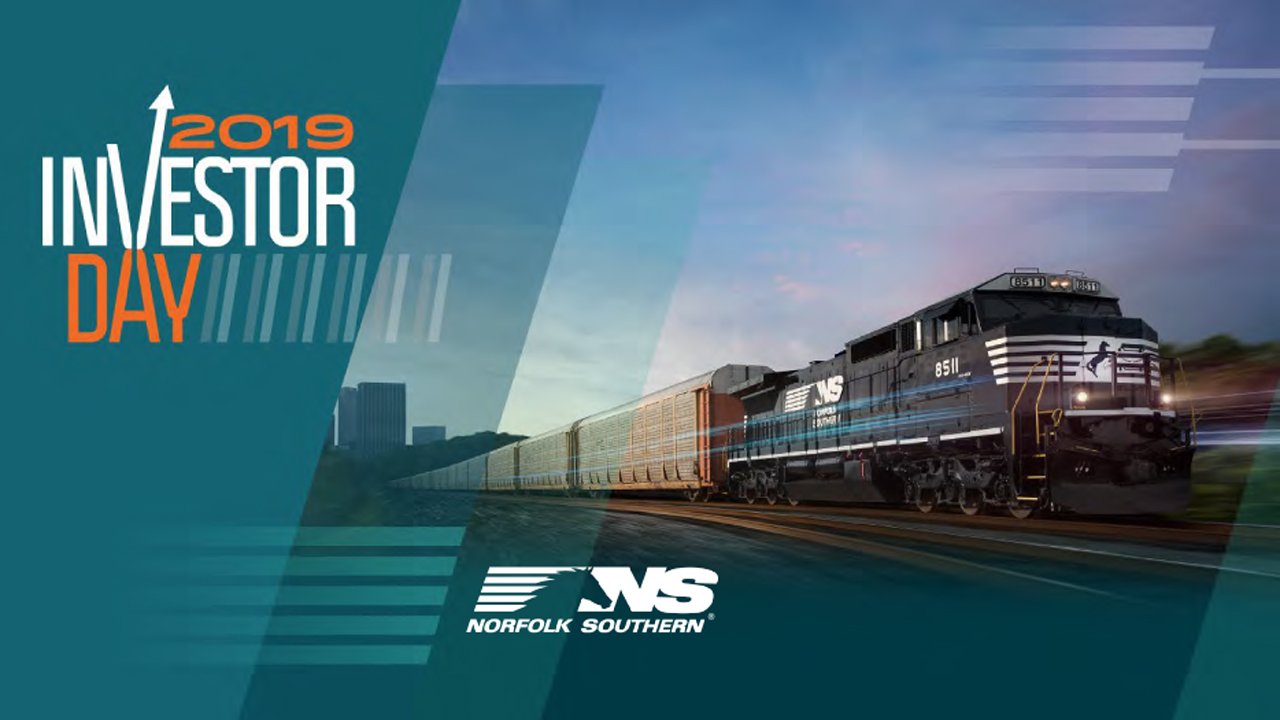 Norfolk Southern, at its Feb. 11 Investor and Financial Analyst Conference in Atlanta, said it plans to hold capital expenditures to between 16% and 18% of revenues through 2021, as the railroad targets a 60% operating ratio by that year.

The operating ratio target is quite ambitious. To begin, the NS is looking for an improvement of at least 100 basis points from its 2018 operating ratio of 65.4%. Last year was the third year in a row where NS posted a decline in operating ratio. Executives told the conference that operating ratio improvements would come from a combination of increased revenue and decreased headcount. Some 500 jobs will be eliminated by year-end 2019, and a total of 3,000 jobs will disappear by the end of 2021. 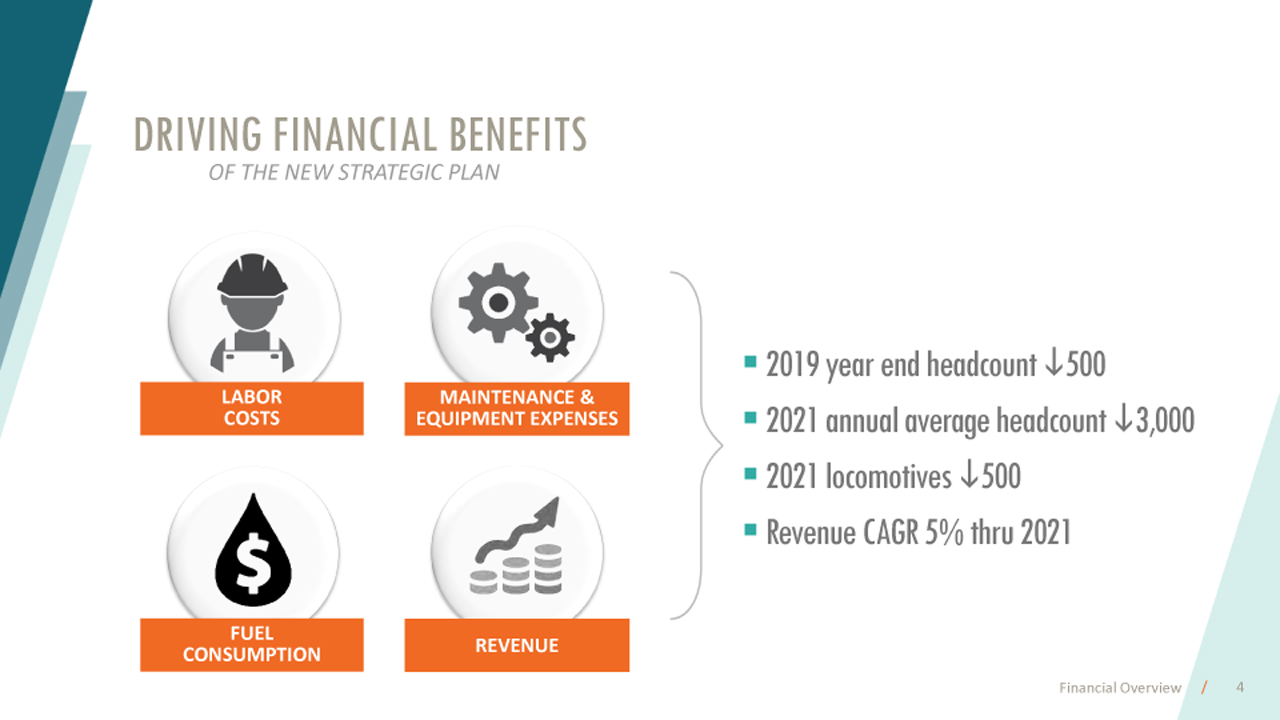 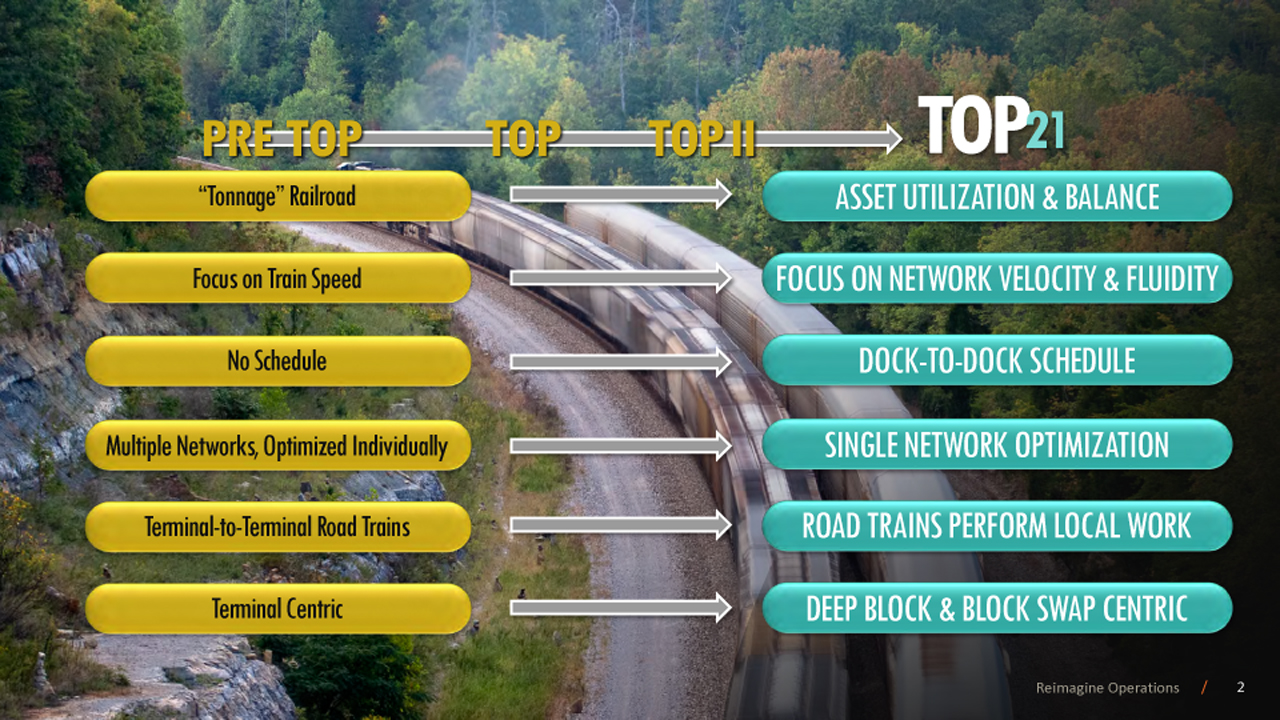 NS’s target range for capital spending is in keeping with what the railroad’s executives implied in its fourth-quarter and full-year 2018 financial report. This equates to about 60% infrastructure, 20% locomotives (mostly rebuilds) and 20% PTC and other technologies. 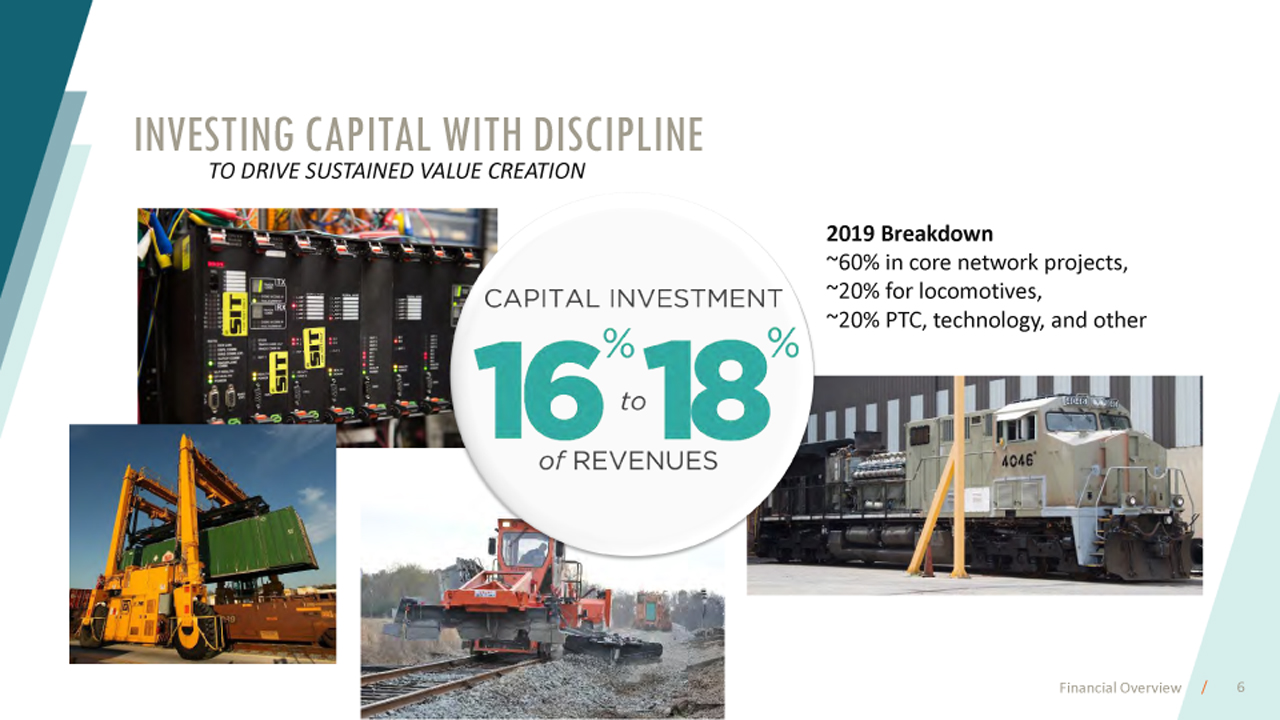 In October, NS announced plans to adopt the Precision Scheduled Railroading (PSR) practices promoted by the late E. Hunter Harrison, most recently at NS’ eastern competitor CSX. Low operating ratios are widely seen as one of the primary benefits of PSR. But Norfolk Southern has seen its operating ratio improve by 740 basis points since 2015. 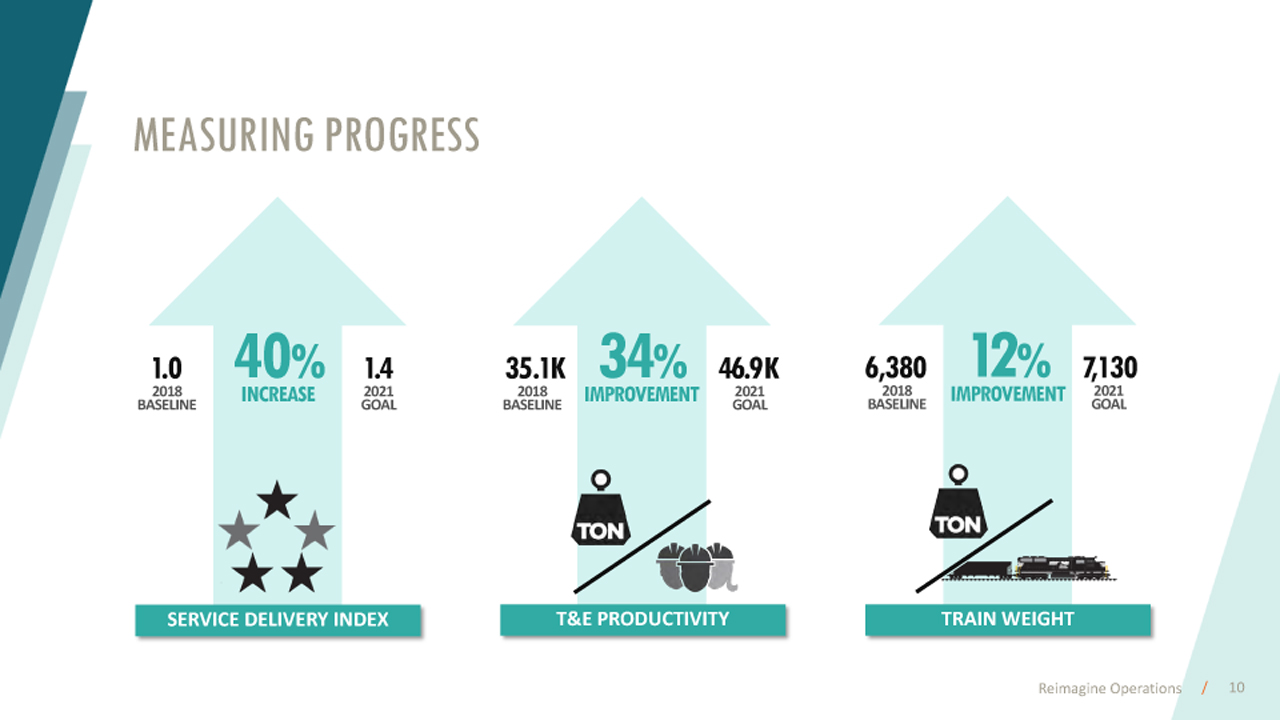 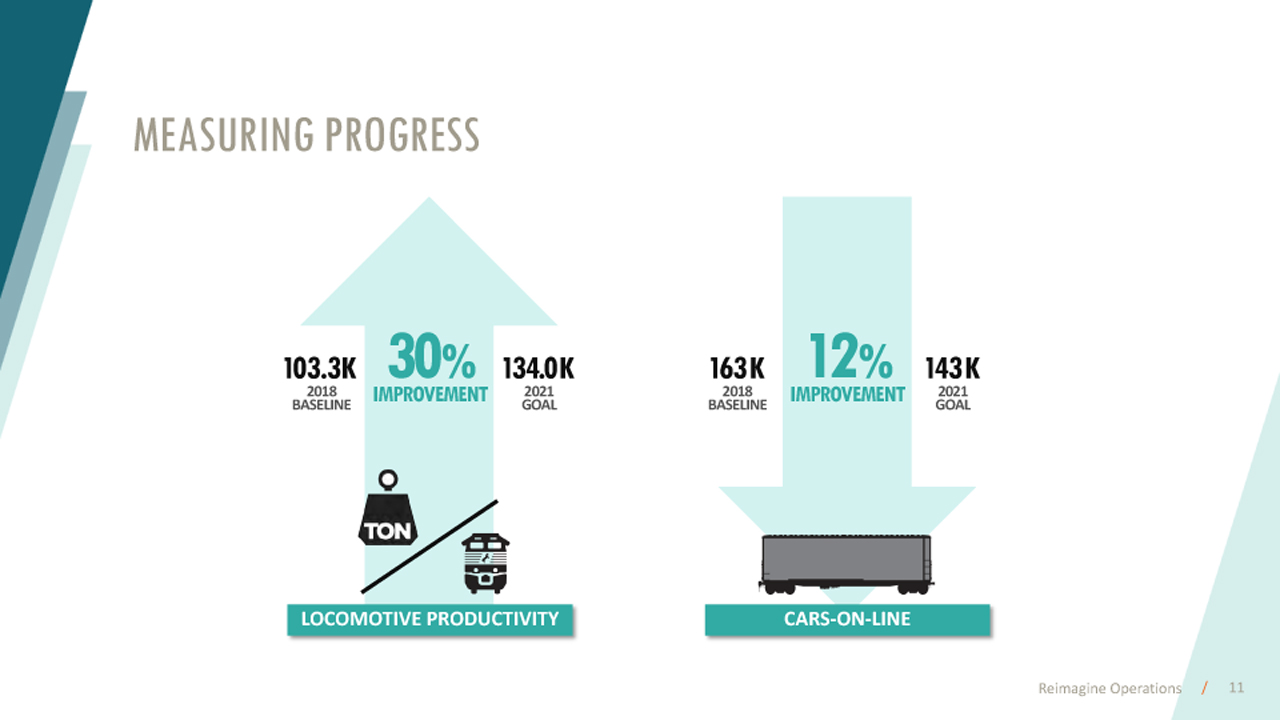 NS is also in the midst of modernizing its locomotive fleet. The railroad is rebuilding, repowering and converting to AC traction some 527 locomotives, at a substantially lower cost than acquiring new, though it will make some “modest” purchases. 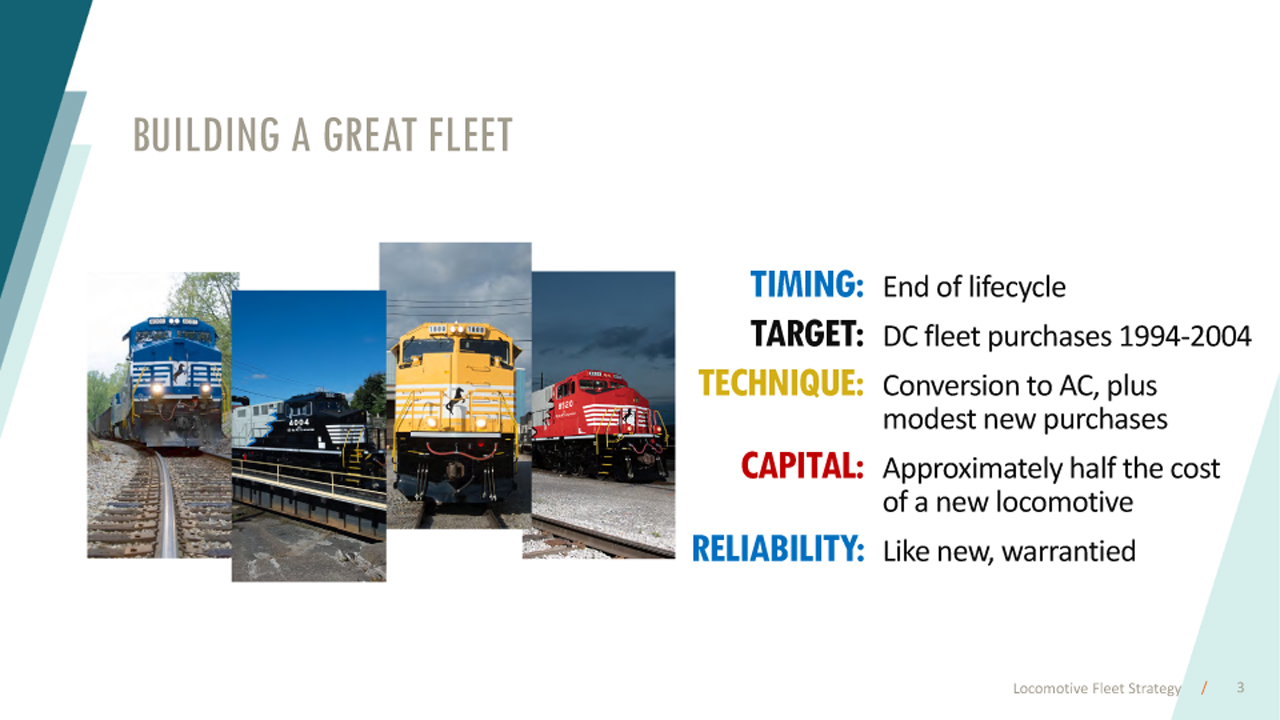 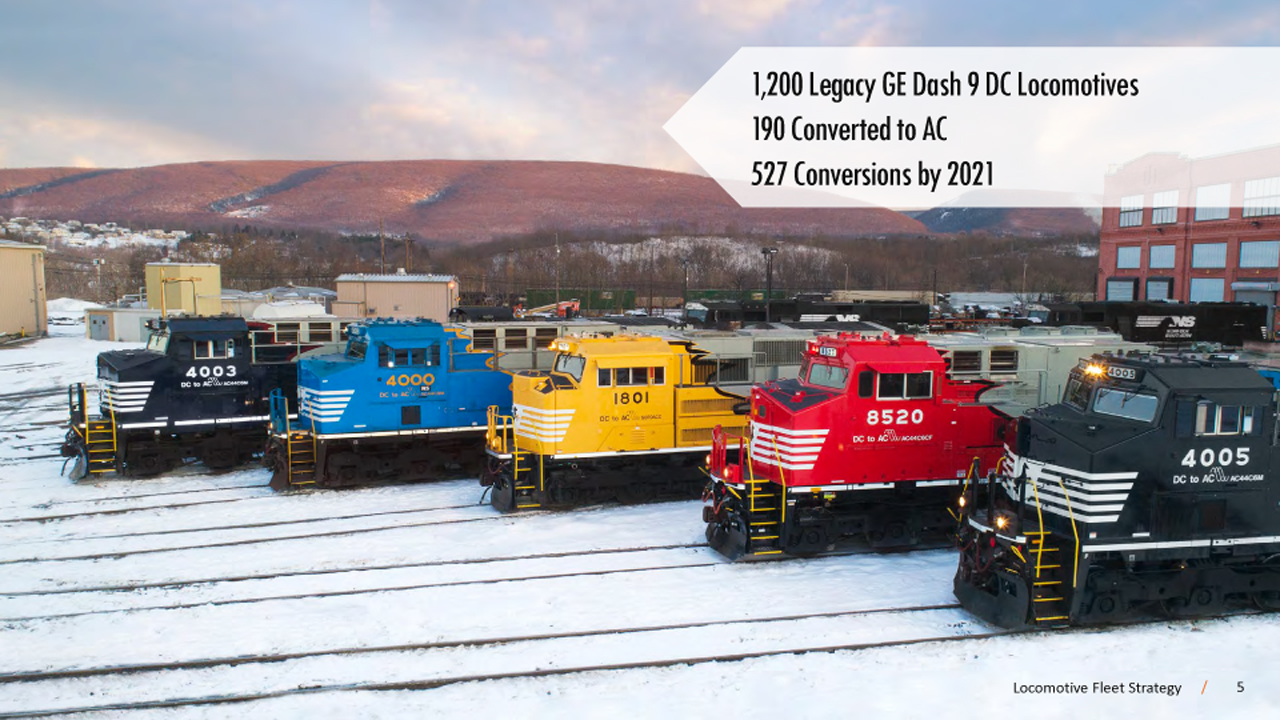 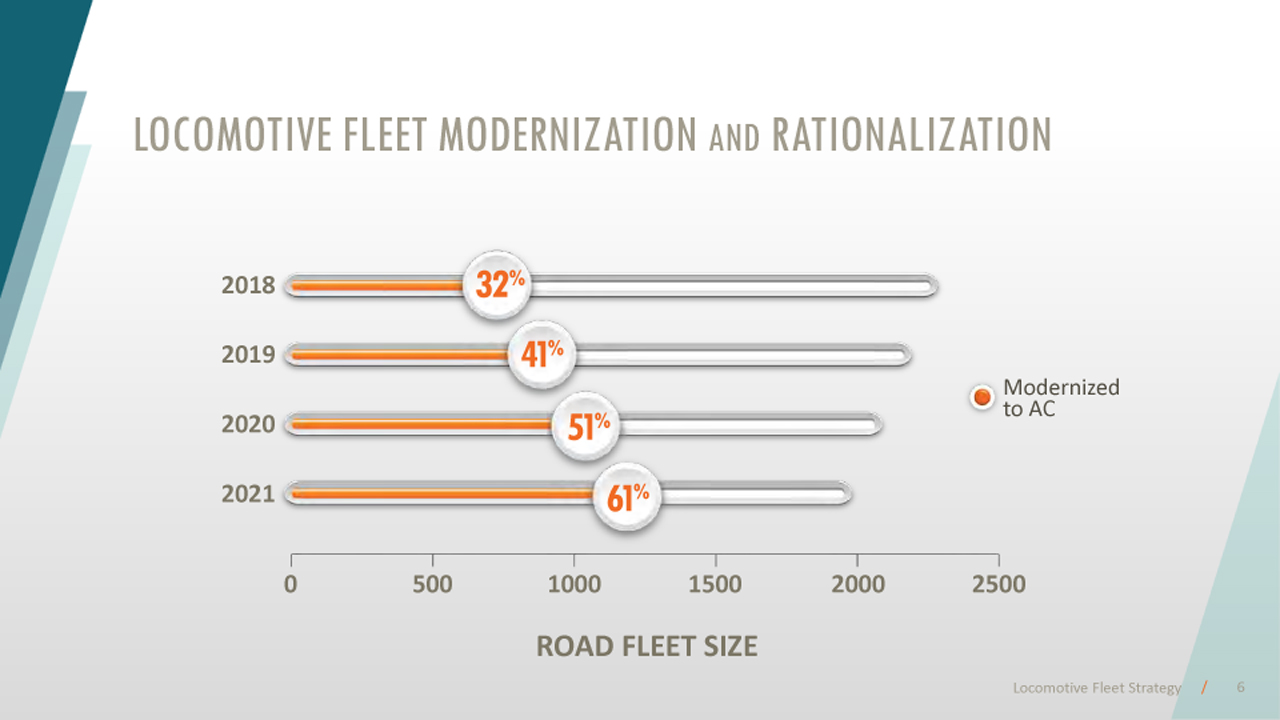 “Our strategic plan capitalizes on the strength of our exceptional franchise to lower costs, operate more efficiently and deliver stronger margins,” Chairman, President and CEO James A. Squires said. “As we implement Precision Scheduled Railroading, our initiatives are focused on five key principles: serving our customers, managing our assets, controlling our costs, working safely and developing our people.”