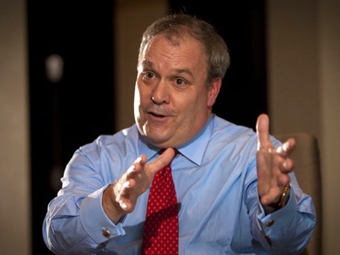 CN said on Feb. 18, 2015 that the Unifor union, which represents approximately 4,800 CN employees in mechanical, intermodal, clerical and other areas in Canada, “continues to reject a fair company offer to reach a new collective agreement in line with settlements it has negotiated with three other unions."

The Class I railroad added, “A key stumbling block is Unifor’s demand that CN contribute cash to the union’s political and community action fund. As a matter of principle, CN is not prepared to allow such a union agenda to take precedence over the interests of its employees.”

CN said its settlement offer to Unifor on Sunday, Feb. 15, 2015, called for a three-year agreement, with 3% wage increases in each year and benefit improvements “fully in line with what the company negotiated recently with the United Steelworkers (3,000 maintenance-of-way employees), Teamsters Canada locomotive engineers (1,800 employees), and the Teamsters Canada-Rail Canada Traffic Controllers (180 employees).”

“Unifor, in rejecting CN’s settlement offer, has also refused to set aside its demand that CN make cash contributions to a union fund for political and community action,” said CV President and CEO Claude Mongeau. “This is an issue of principle for us. CN is prepared to co-invest in charitable causes, but we are not prepared to support such a union agenda.”

“We are offering several alternatives, including binding arbitration, to keep the process moving forward toward resolution,” Mongeau said. “:We will continue to use our best efforts to reach an agreement with Unifor. However, the company has now decided to modify some terms of the Unifor collective agreements, as permitted by the Canada Labour Code at this stage of the bargaining process, starting as of Friday, Feb. 20, 2015. The targeted changes will help advance our objectives of improving customer service and increasing efficiency.

“Simultaneously, CN will increase Unifor members’ wages by 2%, which is greater than the current inflation rate of 1.5%. While CN has signed agreements with higher wage patterns, those were reached before the economy started softening and reflected the value to CN of deals reached amicably, without the threat of disruption or potential strike action. The company believes a negotiated deal remains the best solution and continues to be committed to bargain in good faith for a renewal of the collective agreements as soon as possible.”