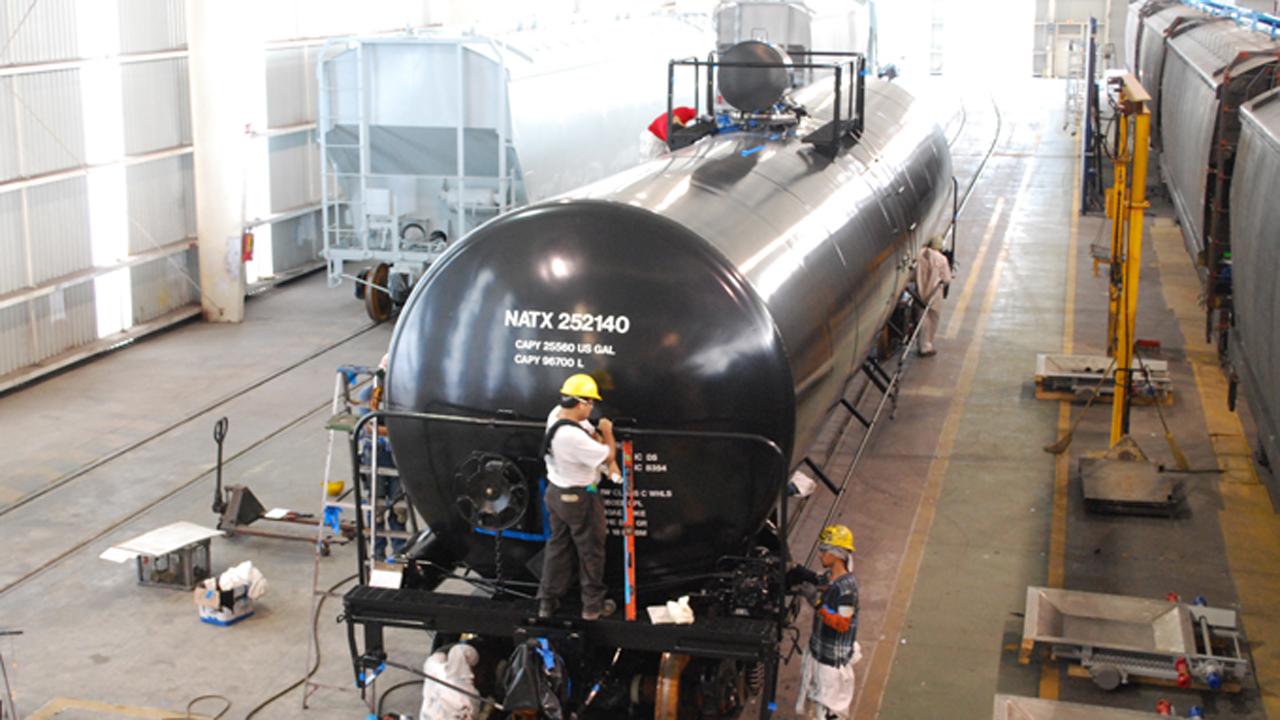 According to Cowen and Company freight transportation analysts Jason Seidl (Managing Director and Railway Age Wall Street Contributing Editor), Matt Elkott and Adam Kramer, inquiries about new railcars appear to have risen slightly in the past month, while locomotive modernizations should remain solid, in the midst of a continuing weak new-build market. Industry-wide Precision Scheduled Railroading implementation has not been tested in a volume growth environment.

These observations resulted from an Oct. 10 conference call on the locomotive and railcar markets with four of “the most knowledgeable veterans of the rail and rail equipment industries,” the analysts noted. “Surprisingly, despite persistent rail traffic declines and ongoing PSR implementation, inquiries for newly built railcars appear to have ticked up a bit in the month since our Sept. 4 conference in Boston, one of the same expert panelists then noted slight softening from 2Q levels. It remains early to tell if and when the modest rise in inquiries in the past few weeks will translate into higher orders. Such translation may initially be hindered by concerns about continued rail traffic weakness, PSR, and macroeconomic and geopolitical uncertainty. It is unclear what may have driven this recent rise in inquiries, although steel prices eased somewhat and may have been one minor driver. Plastic pellet cars and gondolas are the most active, and tank cars are holding up.”

“Some of the conference call panelists echoed our recent channel checks, which suggest that Union Pacific may start demanding use of the DOT117J (newly built) tank car for highly flammable liquid service, as opposed to the DOT117R (retrofitted),” the analysts said. “BNSF was the first Class I to take such a step, and we believe Canadian Pacific may also be moving in a similar direction. Our panelists seemed to think that the move to strictly newly built DOT117 cars for crude service could eventually include Canadian crude in addition to Bakken crude. We continue to have confidence in our extended, regulations-driven tank car build cycle forecast, which we detailed a year ago in our Oct. 22, 2018 report The Return of the Tank + Video.”

Average spot lease rates for the North American railcar fleet as a whole “have likely fallen somewhat from 2Q levels,” the Cowen trio pointed out. “We would expect a 1% to 3% sequential decline. Some railcar types, such as coal cars and hoppers, are experiencing stability or modest improvement. For others, such as DOT117 tank cars, which enjoyed a material surge over the past year, rates have dropped significantly to around $850/month, roughly half their most recent peak. Secondary market valuations for railcars remain solid overall but have shown some softening in some car types. Prices of newly built cars, however, do not appear to have dropped despite demand softness.”

The locomotive new-build market in North America “is likely to be weak for the foreseeable future as rail traffic is down and PSR implementation remains under way,” the analysts reported. “Locomotive modernizations, however, should remain fairly robust, with most railroads having plans to perform them on some units. When it comes to modernizations, Wabtec generates roughly half the revenue of a new-build but at much higher margins. Wabtec’s service revenue on existing locomotives should have upside beyond modernizations as the railroads increase utilization and as locomotives get more technologically complex.”

One important question raised was whether industry-wide PSR implementation “can yield similar results to what we are currently seeing once rail volume resumes growth.” Seidl, Elkott and Kramer raised this question as a result of UP, Norfolk Southern and Kansas City Southern embarking on PSR, which they called a “railroading technique,” around the same time that rail freight traffic started to plummet. They noted that PSR “has not been tested in an environment where it is being implemented by just about all railroads while at the same time rail volume is growing.”