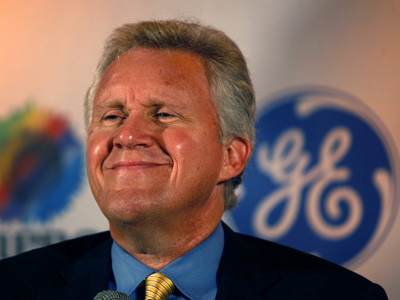 General Electric, having given up on its efforts to acquire Ansaldo STS from Italian conglomerate Finmeccanica, is reportedly in negotiations with Alstom over a $13 billion takeover of the French company's energy business, and is said to have the support of Alstom’s majority shareholder Bouygues, a French construction and engineering contractor, which holds a 29% stake. Alstom reportedly approached GE.

Though initial reports, include one posted on this website and that of International Railway Journal, said GE was eyeing the entire company, including its Transport (railway) sector, it now appears that GE was approached only about the energy sector, which accounts for 70% of Alstom revenues.

According to a report that cited unnamed sources close to the deal, GE and Alstom have already held talks with the French government about the proposed takeover to preemptively discuss potential political concerns. The sources stated that an agreement could be announced as early as next week.

Alstom responded to the rumors, which have been widely reported since the story broke late on April 23, by issuing a statement on its website declaring that it has “not [been] informed of any potential public tender offer for the shares of the company.” It added that it plans to communicate its annual results on May 7 “as planned” and that it will “use this opportunity to give an update on the prospects of its activities.”

GE (Chairman and CEO Jeffrey Immelt, opposite) has refused to comment publically on the reports.

Alstom shares had fallen by about 30% during the year up to March 2014 over concerns about its cash flow, while in its nine-month results in January the company said its profits had fallen by 12% following a drop in demand for power plants. In February Alstom said it would sell a stake in its Transport division as well as other assets worth up to $4.2 billion by the end of 2014, and shed 1,300 jobs. GE, apparently, is not interested in the Transport division, even though GE’s railway division, GE Transportation, could benefit from access to Alstom’s passenger train and communications and signaling technology.

“A deal to sell a power division beset by weak demand, low margins, and industry oversupply to GE calls into question Alstom’s existing plans to sell non-core assets and a stake in its Transport arm to fill a hole in its balance sheet,” Reuters reported late Friday. “The head of Alstom’s transport arm told [us] in February the group was looking to list the unit separately as early as June if a trade buyer couldn’t be found any sooner. De facto, if a deal with GE left Alstom with just its Transport arm, a listing would no longer be needed.”

GE could potentially tap into its $57 billion in cash reserves held outside of the U.S. to finance any deal with Alstom.

“Any takeover bid is certain to raise hackles in the French establishment,” The New York Times reported on Friday, April 25, 2014. “Facing bankruptcy in 2004, Alstom received a $3 billion bailout from the government of former President Jacques Chirac, in a deal led by Nicolas Sarkozy, the Finance Minister at that time. The state later sold the stake it gained in that operation to Bouygues.”

“France’s current economy minister, Arnaud Montebourg, has made a name for himself in a series of highly public disputes with foreign investors, and it seems unlikely that he will be able to remain on the sidelines if a GE offer is forthcoming,” said The Times. “Prime Minister Manuel Valls of France dismissed a Bloomberg News report as ‘rumors’ and referred journalists to Alstom’s statement.”

Montebourg said the French government would closely examine the effect of any deal on jobs and the country’s industrial base. “Alstom is the symbol of our industrial power and French ingenuity,” he said. “The government expresses its concern and patriotic vigilance.” The state, he added, is “working on other solutions and outcomes than those that Alstom came up with on its own without informing the government.”

Montebourg said he had already spoken with Alstom Chairman and CEO Patrick Kron about the talks, and that he and Prime Minister Valls would meet soon with Immelt to discuss their concerns. Kron spoke with Alstom’s union representatives early Friday, confirming that the company is indeed in talks “over an industrial operation,” though he did not specifically name GE. He also said that reports about a full takeover by GE are groundless. The unions are calling on the French government to intervene to prevent a dismantling of Alstom.