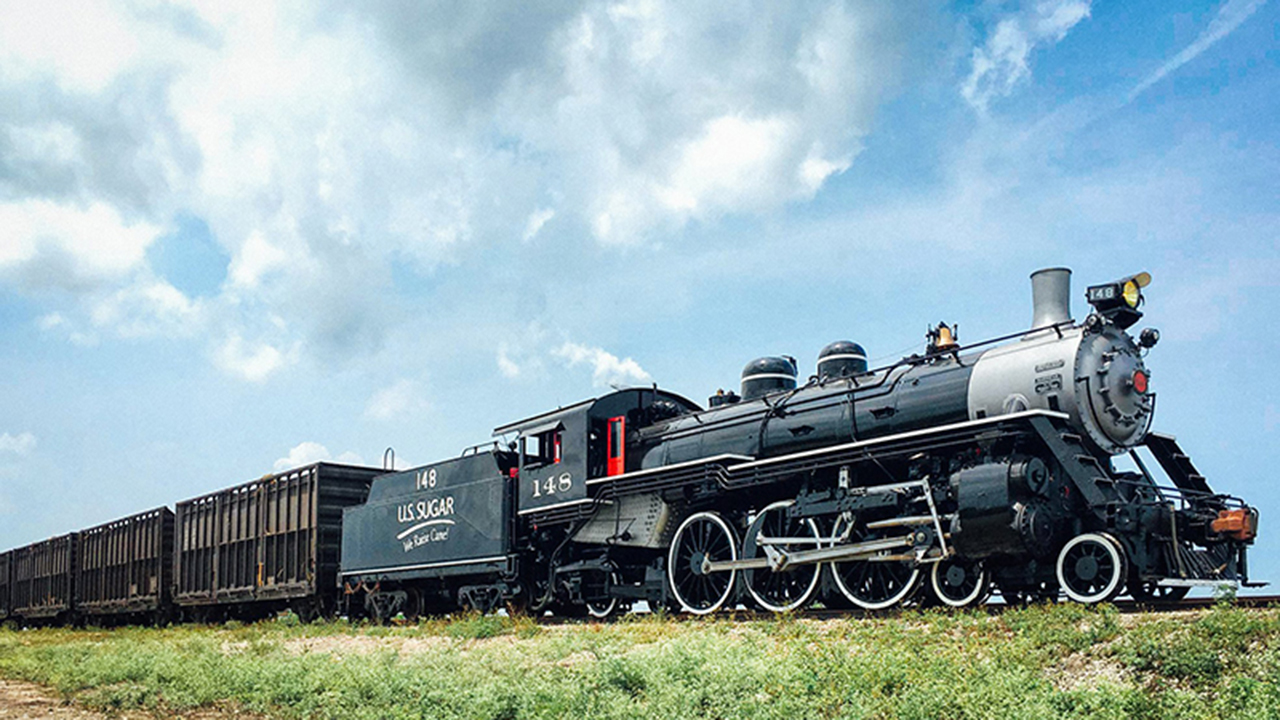 Trainyard Tech, LLC is the winning bidder for the upgrade of the U.S. Sugar Corp. rail facility in Clewiston, Fla., with a Routemaster™ control system. The facility consists of two leads with 34 switches feeding a dumping facility for processing raw sugar cane, an operation that must take place within eight hours of harvest to avoid spoilage.

Routemaster™, Trainyard Tech said, “will provide increased efficiency, more analytics and ease of maintenance to allow for increased throughput and greater success in sugar cane processing. This upgrade is designed to create a reliable communications path to each switch machine to prevent any loss of control in this harsh environment. Railcars will be able to keep rolling while maintenance is performed due to the designed separation of the control equipment from switch machines. We are pleased to provide iue industry leading control technology to U.S Sugar.”

Editor’s Note: Yes, that’s a working steam locomotive in the top photo. Two years ago, former Florida East Coast 4-6-2 Pacific type No. 148, following an extensive restoration by U.S. Sugar, was placed into special service after 40 years of dormancy. U.S. Sugar repatriated 148 in 2016 and to operates it on the South Central Florida Express (Railway Age’s 1999 Short Line of the Year), its sugar-cane-hauling short line subsidiary. FMW Solutions, LLC performed the restoration of the 102-year-old, oil-fired locomotive. No. 148 was built at Alco’s Richmond Works in April 1920 and worked in passenger service for FEC before being sold in 1952 to U.S. Sugar, where it hauled sugar cane from the fields to a mill at Clewiston. Following its retirement by U.S. Sugar, 148 briefly returned to passenger service in the 1970s at the Black River & Western (Chesapeake & Delaware Corp.) and Morristown & Erie, both in New Jersey. There were several owners in Colorado, Michigan and Connecticut after that, none of whom were able to restore it. U.S. Sugar repurchased 148 in 2016 and brought it back to Clewiston for restoration. – William C. Vantuono