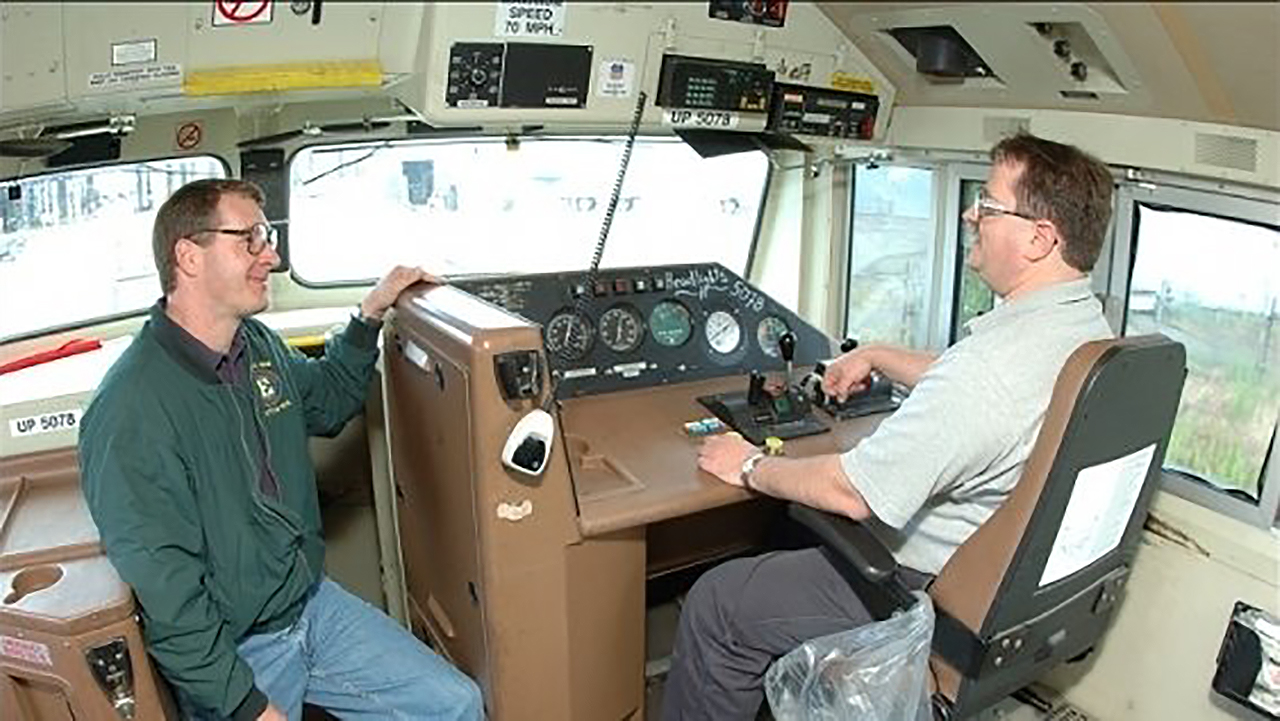 News item: The Federal Railroad Administration (FRA) announced May 23 that it is cancelling an April 2014 Notice of Proposed Rulemaking (NPRM) to mandate a minimum of two crewmembers on every freight train. Additionally, the agency is preempting, as it may under Article I, Section 8 of the Constitution giving the federal government dominion over interstate commerce, all state laws mandating crew size within state borders.

The April 2014 NPRM originated with former FRA Administrator Joseph Szabo, a career officer of the union representing conductors—the Transportation Division of the International Association Sheet Metal, Air, Rail and Transportation Workers (SMART-TD), which succeeded the United Transportation Union. It is the conductor who faces elimination were crew size reduced to one; thus, the effort to mandate minimum crew size.

The Szabo NPRM, which provided for a two-person mandate “for most main line train operations,” immediately ran into difficulty with the Obama Administration’s Office of Management and Budget and senior DOT officers as the FRA had produced no supporting evidence that two-person crews are safer than single-person train operation. And there it languished until today’s FRA decision to cancel the NPRM.

In fact, the California Public Utilities Commission had found that “[a] second set of eyes provides only minimal safety improvement and should be employed only on a temporary basis, given the fact it could aggravate engineer distraction.” Also, then existing FRA and National Transportation Safety Board (NTSB) studies had found that two crew members in the locomotive cab “can have an unintended contrary effect on safety due to potential for distraction.”

Additionally, a reverse 16-month pilot project on Los Angeles Metrolink, which substituted two-person crews for single-person train operation, had found no improvement in safety as a result. And the NTSB has voiced no opposition to phasing out two-person crews as other safety enhancements, such as PTC, are implemented. Clearly, the FRA’s May 23 cancellation of the April 2014 NPRM is data- and science-driven as the cancelled NPRM was not.

Separately, both SMART-TD and the Brotherhood of Locomotive Engineers and Trainmen (BLET) have been lobbying individual state legislatures—and with some success—to impose two-person crew requirements within state boundaries as if state legislators had a greater understanding of train safety than rail safety experts at the FRA and NTSB. The state legislation is now kaput, although it was largely academic as all major railroads already utilize, nationwide, two-person crews under collectively bargained labor agreements.

The push by labor for the state laws may have had an ulterior motive. An attempt by BNSF to implement single-person crews where Positive Train Control (PTC) is in operation, offered, in exchange, income protection until retirement age—wages and all benefits, including healthcare insurance—for all adversely affected employees. The FRA ruling now preempts these state laws.

At the urging of SMART-TD’s senior leadership—but not local union officers who negotiated the BNSF proposal—SMART-TD members voted it down. Those senior officers, according to sources, were concerned that the union—not the affected members they represent—could suffer, as dues-paying retirees would not be replaced.

Even a handful of such state laws would have made impractical such voluntary agreements allowing one-person crews as trains regularly cross state lines. That now-trashed agreement looks quite a bit more valuable following the FRA’s negating all state laws, as railroads now are in the driver’s seat and unlikely to be so generous going forward.

Of note, the BLET has an agreement in force on a portion of BNSF that would permit engineer-only operation—with increased pay to engineers—if SMART-TD cannot hold back the march of technology, as no labor union as done in recorded history. In fact, the BLET has a history—dating to decades ago with its so-called Lake Erie Plan—to replace rival conductors in exchange for higher locomotive engineer pay. Attempts almost two decades ago to merge the conductor and engineer unions failed when the engineers balked. Indeed, when negotiating the agreement to operate engineer-only trains on BNSF, the BLET raised no concerns over train safety.

So if Class I railroads are contractually obligated to crew trains with at least two crew members, why is there an ongoing kerfuffle, and why should unions, railroads or the FRA care?

It is because the two-member crew contractual obligation holds only so long as the specific employees initially covered by the agreements remain in active service. Most of the agreements date to the 1980s, when they were made in exchange for elimination of the caboose and reduction in minimum crew size from five to two. Unions then understood that technological advancement could not be stopped, as it also wasn’t with introduction of remote-control beltpacks for yard switching.

While a federal appellate court ruled some years ago that railroads could not seek to renegotiate those agreements in so-called national handling—where all the railroads and their unions periodically negotiate changes to collective bargaining agreements—they can be renegotiated on individual properties. That was the intent of BNSF in its offer to conductors, but that offer was rejected, as mentioned, after senior SMART-TD officers urged a “no” vote.

Zoinks! It is now expected that when rail management and rail labor exchange contract-change demands in November in preparation for a new round of bargaining, management will demand wage reductions if SMART-TD continues refusing to consider one-person train operations.

While such a management demand will be a non-starter, the demand becomes a placeholder should talks break down and a Trump-appointed Presidential Emergency Board (PEB) makes non-binding settlement recommendations. Historically, PEB recommendations have been imposed by both Democratic and Republican congressional majorities should labor reject the recommendations and engage in a work stoppage that has broad, rapid and quite negative impact on the national economy and national defense.

It is equally important to recognize that the Trump-appointed majority at the National Mediation Board (NMB), which administers the Railway Labor Act, has sole authority to declare an impasse in talks, sending them to a PEB. Thus, a railroad request for such action, while President Trump is in office, should not be discounted.

Thus, while the immediate cancellation of the NPRM is largely academic today, the stage is being set for an eventual resolution of the matter, and it is not expected that rail management will offer lifetime income protection in exchange for one-person crews should the matter turn especially contentious.

There also is an irony here, in that SMART-TD was the most aggressive proponent for implementation of PTC on the theory that it would do what crew members sometimes fail to do—maintain situational awareness in the locomotive cab.

SMART-TD President John Previsich and BLET President Dennis Pierce repeatedly have declined to be interviewed or comment on this issue.