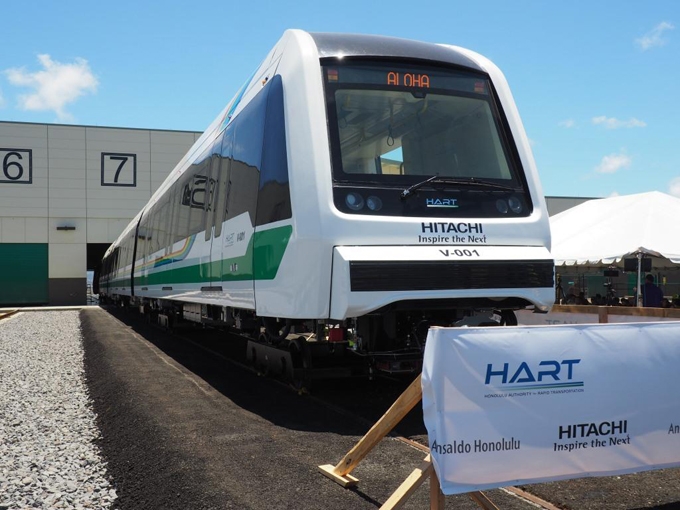 The Honolulu Authority for Rapid Transportation (HART) on May 2, 2016 publicly unveiled the prototype four-car driverless trainset for the new Honolulu Metro, which is schedule to open in about two years.

Train # 1 was unveiled at the Rail Operations & Control Center. Ansaldo Honolulu Joint Venture (AHJV), a consortium of Hitachi Group Companies Ansaldo STS (ASTS) and Hitachi Rail Italy (HRI), presented the trainset to the city of Honolulu and HART. HRI is responsible for the design, manufacturing and testing of 20 trains for the system, described as “the first driverless rail transit system in the U.S.” The Honolulu Metro is a DBOM (design-build-operate-maintain) project.

Train # 1 was delivered on time, according to Hitachi Rail Italy CEO Maurizio Manfellotto. “The successful achievement of meeting this deadline represents another important step forward in the consolidation of Ansaldo STS and Hitachi Rail Italy in the U.S.,” he said.