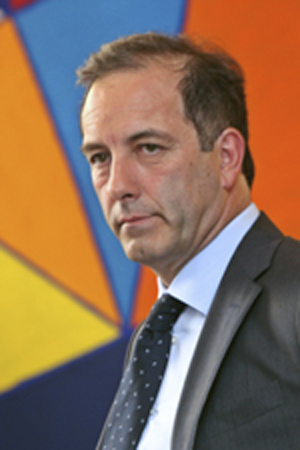 Ansaldo STS has appointed three leaders to the senior executive management team based in Pittsburgh, Pa., responsible for the company’s North American business.

Marco Fumagalli (top photo) assumes the role as President and CEO of Ansaldo STS USA, replacing Thomas Lawton, who will remain as counsel to the company. Fumagalli will also retain his previous role as global Senior Vice President of Strategy, Quality and Improvement. A graduate of the Polytechnic of Milan (Italy) and Stanford Business School, Fumagalli has been an employee of Ansaldo STS since 2011. Prior to that, he worked for the Boston Consulting Group.

Roberto Passalacqua (bottom photo) has been appointed as Vice President of the Railways & Mass Transit Business Unit in North America. Passalacqua graduated with a degree in Electrical Engineering from the University of Genoa and a Masters Degree from the University of Birmingham. After several roles in the transportation industry, he joined Ansaldo in1997, where he had numerous management roles on large global projects. Most recently, he worked as the global Vice President of Risk Management.