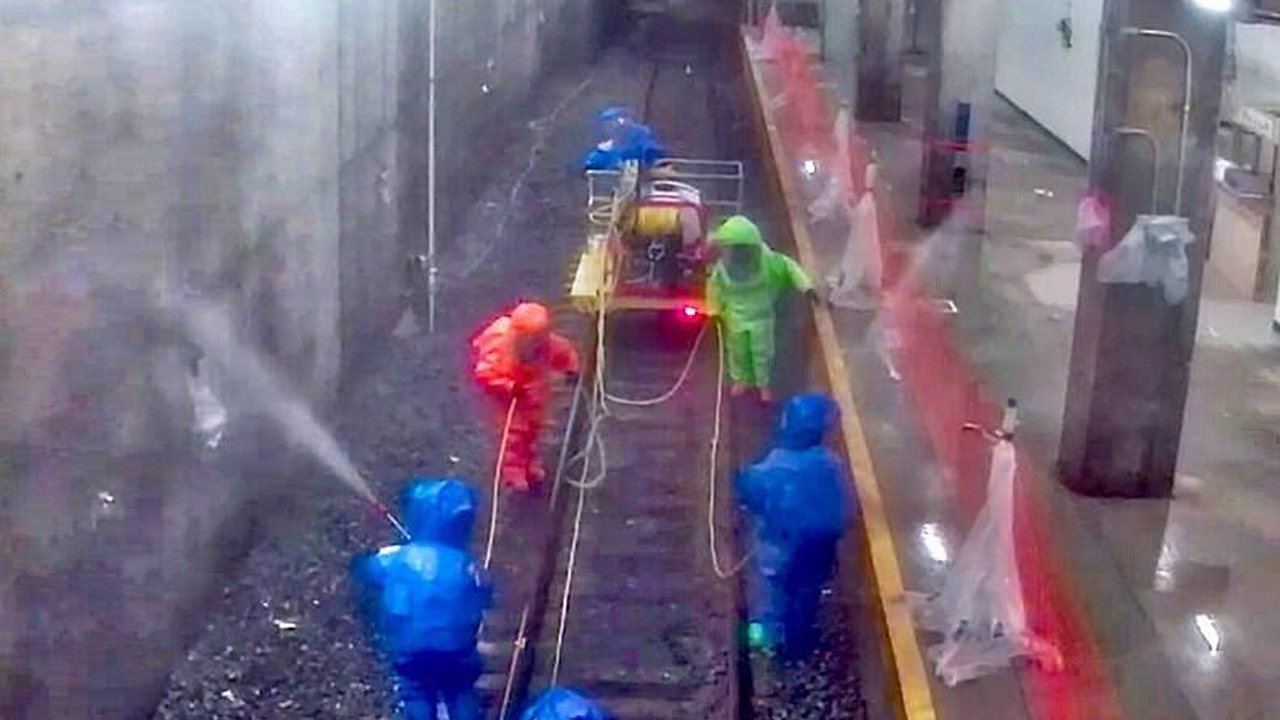 To bolster these efforts, the Department of Homeland Security (DHS) Science and Technology Directorate (S&T) has partnered with the Metropolitan Transportation Authority (MTA) in New York City to study how simulated coronavirus aerosols travel through buses and train cars to inform disinfection and other virus mitigation methods.

This is just one example of how the S&T Urban Security Initiative (USI) is working to ensure the security of U.S. public transit systems from hazards – be they natural, accidental or intentional in nature. S&T has been developing and perfecting various threat detection technologies for public transit through this suite of collaborative projects to not only help protect high-density urban areas against virus spread, but also acts of terrorism.

“The main mission of the USI is to ensure that our cities are secure from both the spread of COVID-19 and potential weapons of mass destruction threats,” said program manager Don Bansleben, who leads the initiative for S&T. “We are developing capabilities, tools and resources in New York City that other states, cities and localities can use to better prepare for, respond to and recover from the pandemic or other emergency.”

Many of the Urban Security Initiative projects involve both laboratory and field tests, because what works in a lab may not work in the field. S&T is collaborating with the city’s transportation, health, and public safety agencies, as well as federal counterparts, to simulate real-world threat environments and hazards as part of a whole-of government approach to preparedness and resiliency.

As part of the Viral Phenomenology Study that took place in early February, S&T released a benign airborne coronavirus simulant into out-of-service MTA buses, subway and commuter railroad train cars to see how a virus travels when somebody breathes, coughs or sneezes. The findings will be applicable far beyond New York; other cities can use them as well.

“The value of this important work with the S&T USI cannot be overstated,” said Michael Gemelli, who manages Environmental Detection & Emergency Response Initiatives for MTA New York City Transit. “Almost immediately they approached us to help in practical ways with the pandemic, fast-tracking projects that can have an immediate impact and influence procedure and policy to keep people safe.”

Other projects under USI are also related to biological security of public transportation. The Urban Threat Dispersion project, for instance, is a collaboration with MTA, the U.S. Environmental Protection Agency, and the New Jersey Department of Public Health. Later this year, S&T will conduct a large-scale field test with a release of a benign particle simulant and will track its movement, both above and below ground, in several areas across NYC.

During the study, modeling software will predict the spread of the simulant. The modeling is part of another project—the Urban Model Integration—where S&T is collaborating with three U.S. Department of Energy National Laboratories. Each laboratory developed a different airflow and dispersion model—for outdoor spaces, for subways, and for public indoor spaces. These three models are being integrated into a single model to show how a plume would travel, for example, from the subway to the streets and into buildings. The new model will help inform where to install sensors.

Additionally, a project called Manhattan Meteorological Stations will supply the newly integrated airflow and dispersion models with key environmental data to help inform emergency response decisions by New York City authorities and response organizations if an airborne health hazard occurs in the city. Meteorological stations will be installed on prominent buildings in Manhattan to provide valuable information on the borough’s microclimate.

Additional efforts are already underway in the region, like the Chemical Detection Testbed, a collaboration with the Port Authority of New York and New Jersey. After all tests and evaluations finish, S&T will transfer ownership to the Port Authority by early 2022. Another testbed started last year for which S&T will be testing performance and sensor architectures in several NYC subway stations. The project will also examine hazard mitigation methods.

Outcomes from the USI can be used to inform New York City and other U.S. cities’ emergency response planning, including high-quality detection technology for subways and other urban environments, and modeling tools. To be used for other cities, these outcomes would need to be customized.

“As part of the DHS mission, S&T doesn’t just provide support to our components—we are also responsible for helping state and local agencies prepare for emergency events,” said Bansleben. “Partnerships like the USI are vital because we cannot work in a vacuum. This is a shared responsibility. You must work closely with partners to understand their needs and concerns. This is a good formula for success.”