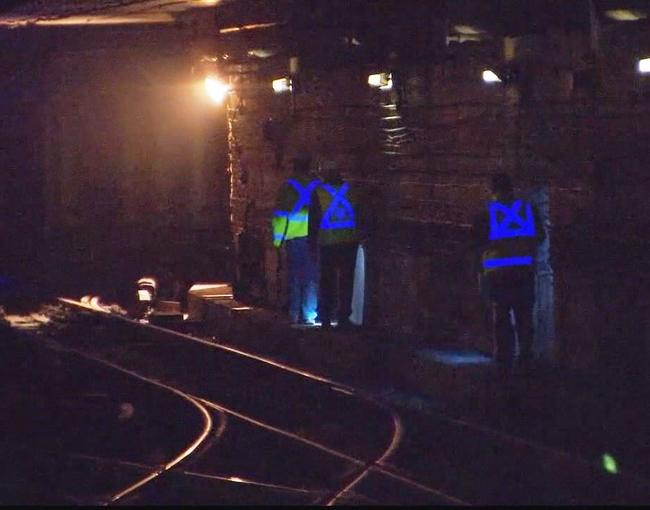 A major electrical cable fire in a tunnel just outside the Washington Metro McPherson Square station early Monday, March 14, 2016 has led to the entire Metrorail system shutting down for a 29-hour period beginning March 16 at 12:00 a.m. for emergency safety inspections of third-rail power cables.

But Monday’s fire was similar to one that occurred at the L’Enfant Plaza station in January 2015. Smoke conditions resulting from that fire killed one person and injured several others. “While the investigation [into the McPherson Square incident] is ongoing, the preliminary findings show commonalities with the cable fire in L’Enfant Plaza a year ago,” Wiedefeld said. “While the risk to the public is very low, I cannot rule out a potential life safety issue here. This is why we must take this [step] immediately. When I say safety is our highest priority, I mean it.”

WMATA Board Chairman Jack Evans said Metrorail has never shut down, except for weather-related causes, since the system opened in 1976.

“The Washington Metropolitan Area Transit Authority’s decision to shut down Metrorail for 29 hours represents the agency’s desire to put safety first for passengers and the agency’s employees,” said Jim Mathews, President and CEO of the National Association of Railroad Passengers. “However, it also represents an unstable environment, in which D.C.’s transportation system is constantly at risk of breaking down and putting passengers in harm’s way—highlighted by Monday’s fire, as well as the fire at L’Enfant Plaza in January 2015. The confusion surrounding Metro’s actions underscores the need for appropriate transparency from Metro to passengers, and the involvement of stakeholder groups in resolving these issues. It also highlights the importance of sustainable levels of funding for the Metro system so these problems can be addressed now and prevented in the future.”