On June 20, Dr. William Huneke, the former Director of the Office of Economics at the Surface Transportation Board (STB), offered his observations in Railway Age regarding the recently released Rate Reform Task Force Report. This article offers a view from the shippers’ perspective.

The Task Force was established to recommend improvements to the STB’s existing rail rate review processes. In undertaking that work, the Task Force met with many stakeholders, including shippers, carriers, academics, practitioners and other interested parties, before issuing its Report. Notably, there are statements in the Report that everyone should find troubling. For example, the Task Force reports that “[a]n alarming number of shipper interests said that the railroads were ‘demarketing’ their shipments [and] offering take-it-or-leave-it deals.” Shippers felt that ”railroads offered rate increases without any justification.” In addition, shippers reported that some of those deals required bundled contract rates such that the railroad would only agree to contact rates for high-frequency traffic if the shipper agreed to rates for other movements that were unfavorable to the shippers.

Furthermore, the Report notes that “many shippers feel that they have little bargaining power,” with “no realistic avenue for relief . . . from abusive practices by powerful, dominant railroads.” Other shippers stated they would not bring a rate case against a railroad, “fearing a reduction in service as a reprisal.” The Report references that these views are similar to views expressed back in 1887 – the era of robber barons – when the Interstate Commerce Commission was created to address the economic power that was being systematically abused by railroads in the 19th-century.

Like the Task Force, shippers do not want to jeopardize the railroads’ financial health. Shippers are seeking help to level the playing field. The railroads are financially healthy and most have been found “revenue adequate” for multiple years. In fact, the Report notes that “Wall Street finds the railroad industry one of the more attractive investment opportunities in the market.” Shippers know that a “viable rate reasonableness process – even if it was rarely used – would give them some leverage in those negotiations.”

The Task Force also concluded that railroading today has changed “dramatically” since the passage of the 4R and Staggers Acts: There are now only seven Class I railroads, which have rationalized their routings and have increased rates substantially. The Report notes that the STB’s Stand-Alone Cost (SAC) methodology, while originally “relatively manageable and affordable,” has become extremely complex and expensive. The Task Force also found that the STB’s other rate review methodologies – Simplified SAC, the Three Benchmark approach, and a possible small rate dispute methodology – have their own problems of expense and complexity.

It is in this backdrop that the Task Force makes numerous recommendations, including:

The important question is whether any of these recommendations will resolve the serious shipper concerns raised in the Report. The overriding theme of the Report and its recommendations still seem to be weighted toward the protection of railroad revenues. Plus, it remains to be seen whether the STB will decide it needs legislative action to implement certain recommendations. In addition, some key issues facing shippers, like demurrage, commodity exemptions and reciprocal switching, are not addressed in the recommendations. Shippers have said that they fear reprisal and railroads seem to face limited ramifications for “abusive practices.” This sounds like it could be the right time for more attentive regulatory oversight or even dramatic change.

Recently, the STB told Members of Congress that the STB plans to more formally consider potential actions to improve the rate review methodologies and processes through a notice and comment rulemaking this summer. Now may be exactly the right time for the STB to address the imbalance in its policies that currently favor railroads over rail customers. 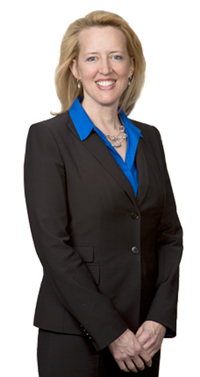 Sandra Brown is a member of Thompson Hine’s Executive Committee and a partner in the firm’s Transportation group. She represents bulk commodity shippers and other entities that use transportation services including Fortune 500 companies, electric utilities, government entities and ports that buy, sell or move coal, aggregates, chemicals, crude oil and other hazardous materials by rail. Sandy also has past experience representing a Class I railroad. This unique blend of experience assists her in providing strategic counsel for the transportation of bulk commodities aimed at increasing competitive leverage including counsel on rail construction options, contract negotiation and drafting, federal preemption, rate challenges, rail merger and other regulatory proceedings before the Surface Transportation Board. Sandy also defends shippers in contract and derailment disputes with railroads. Before entering private practice, she was an attorney in the Office of Proceedings at the Interstate Commerce Commission.

The content of this article is for general information purposes only and does not constitute legal or professional advice. The opinions expressed are the opinions of the individual contributor and do not necessarily represent the opinions of any client or the opinions of Thompson Hine LLP or any related organization or entity.

Dr. William Huneke’s observations on the STB Rate Reform Task Force Report can be accessed at this link.