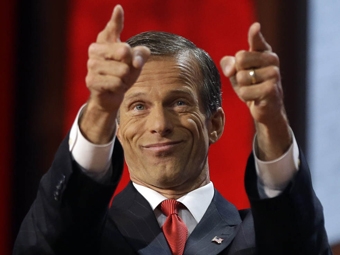 The U.S. railroad industry has been scrambling since 2008 to meet the requirements of an unfunded federal government mandate—namely, having Positive Train Control installed and fully operational by Dec. 31, 2015 on 60,000 miles of track where hazmat and passenger trains operate. Parallel to the PTC initiative has been a battle waged on Capitol Hill to extend the end-of-the-year deadline. That effort may be paying off, and the railroads may one day be grateful that they have a Thune on their side.

The bill is similar to S.1462, a PTC extension bill also introduced by Thune on Aug. 1, 2013 and also cosponsored by Blunt, McCaskill, and Pryor. At the time, the U.S. Senate was in Democratic control, and the Senate Committee on Commerce, Science, and Transportation was chaired by now-retired Jay Rockefeller, who represented the coal-mining state of West Virginia, and who led efforts on Capitol Hill to reregulate the railroads. S.1462 passed the Senate in 2014, but was not enacted.

“In 2012, the FRA identified several technical and programmatic reasons for delays in implementing PTC, including complex and often costly issues involving communications spectrum, design specification, server and dispatch system availability, track database verification, installation engineering, reliability and availability of system technology, budget constraints, and stakeholder capacity,” said Thune in a statement. “Despite working to meet this upcoming deadline, passenger and freight railroads have also expressed concerns about their ability to meet this deadline, and about the potential safety risks that would come from diverting funds from other maintenance and capital improvements in order to implement PTC by 2015.”

“Without extension, many passenger and freight railroads will be unable to meet the current unrealistic deadline of Dec. 31, 2015, and would be forced to decide between stopping service and operating in violation of the law,” Thune said. “The FRA could also be exposed to liability if it were to allow railroads to operate without PTC after the deadline. This bill ensures that safety for rail passengers and secure freight transportation remains a priority while the FRA moves forward in implementing PTC. I understand that this bill is a starting point and I will continue to work with my colleagues, the FRA, railroads, and industry stakeholders to ensure that PTC is implemented in a safe and timely manner.”

The Association of American Railroads, which has been leading an exhaustive effort to extend the deadline, issued a decidedly upbeat statement from President and CEO Ed Hamberger:

“America’s freight rail industry welcomes the legislation to extend the deadline for implementing Positive Train Control on the nation’s rail system and appreciates the Senators’ recognition that the existing mandate to have a fully interoperable, nationwide PTC system tested and safely operating by the end of 2015 is simply not possible and must be changed. The AAR believes the new deadline set by the legislation is a reasonable and responsible extension and provides the freight and passenger rail industries the time needed to fully install, test, and approve PTC. While the freight rail industry has spent $5.2 billion to date on PTC and progress has been substantial, much remains to be done before PTC can safely operate coast to coast. This bill provides railroads the time necessary to fully and safely implement PTC without having to navigate an arbitrary and infeasible statutory deadline.” 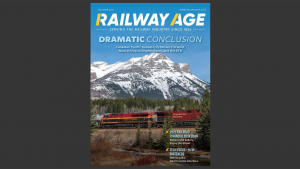