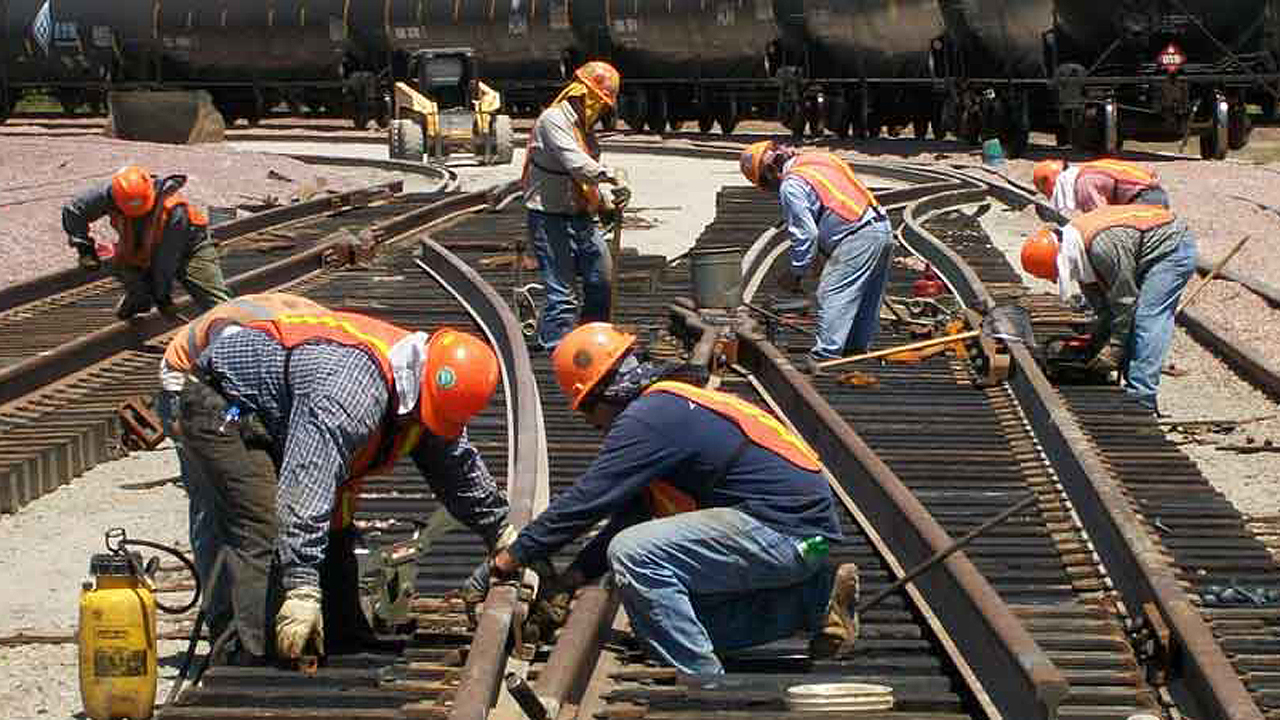 The National Mediation Board (NMB) has agreed to give the nation’s 12 railroad labor unions, representing some 125,000 unionized rail workers, an opportunity May 24-26 to demonstrate their commitment to a voluntarily negotiated settlement with most of the nation’s railroads over changes in wages, benefits and work rules.

The three-day session will be held in person at the NMB’s Washington, D.C., offices, rather than virtually as have been all other mediation sessions.

The NMB also—at some point following the three days of mediation, but with no time deadline—will make a determination as to whether every reasonable effort has been made to reach an agreement through mediation. This will be in response to the unions’ demands to be released from mediation—a decision that would begin a 90-day countdown toward a nationwide rail shutdown.

Notably, the NMB on April 11 turned down a request by two rail unions* to be released from mediation. The other 10 unions, negotiating as the Coordinated Bargaining Coalition (CBC)**, subsequently asked for release and that request is pending.

Should a release from mediation occur, the Railway Labor Act (RLA), which governs labor-management relations in the airline and rail industries, then provides an option for binding arbitration, but both sides must agree. If rejected, there would be creation of a Presidential Emergency Board to make non-binding recommendations for a voluntary settlement. If that fails, the RLA has run its course and a work stoppage is likely no later than the 90th day following formal release from mediation.

That would leave it up to Congress, at its pleasure and on its schedule, to end the work stoppage by ordering the parties back to the bargaining table or imposing a legislated settlement.

In this fractured political environment, and with a possible rail work stoppage just weeks before what will be highly contentious congressional elections, even a single Senate maverick could wage a partisan filibuster prolonging a rail shutdown. Historically, and for good reason, Congress—and, by extension, the NMB—abhors threats of rail shutdowns in election years.

Thus, a request for release from mediation is not to be taken lightly and an immediate decision on the CBC request is not expected.

Written in 1926 as a manual of peace rather than labor-management war, the RLA requires labor and management remain in mediation until each party fully engages and truly exhausts efforts to reach a voluntary settlement. The NMB administers the RLA, which provides that contracts never expire but remain in force until the parties mutually agree on revisions, or a third party—through agreed-to binding arbitration or congressional legislation—imposes a settlement.

Given the risks to the domestic economy and nation’s defense readiness should the parties be prematurely released from mediation, the three White House-nominated and Senate-confirmed NMB members unanimously chose to take charge of this three-day mediation session in Washington, D.C.

Raw materials shortages, threatened assembly line shutdowns, retail price inflation and military readiness already have the attention of the Biden Administration, whose Labor Secretary Marty Walsh met with leaders of 22,000 West Coast dock workers and officials of 29 ports in California, Oregon and Washington ahead of contract talks there that began May 10. “Even a short-term [West Coast ports] work stoppage would have major ramifications for the [U.S. economic] recovery and for Democrats who are already in danger of losing their congressional majorities in the November elections,” reported Politico.

At an April Surface Transportation Board (STB) hearing, “Urgent Issues in Freight Rail Service,” two Cabinet agencies—Agriculture and Transportation—voiced the importance of uninterrupted and efficient rail transportation. In coming months, for example, the U.S. will be struggling to replace Russian and Ukrainian grain through exports to European allies, placing further strain on an already stressed U.S. rail network.

It is expected that before casting their votes on the unions’ request for release from mediation, the NMB’s two Democrats will be in touch with the White House. The two Democrats are Linda Puchala, an NMB member since 2009 and formerly president of the Association of Flight Attendants and a NMB staff mediator; and Deirdre Hamilton, formerly a Teamsters’ union attorney confirmed to the NMB in 2021. The Republican is Gerald W. Fauth III, an NMB member since 2017. He was previously an STB Chief of Staff with a long career as a transportation consultant representing rail shipper interests.

Although negotiations to amend existing national rail agreements as to wages, benefits and work rules began with all 12 unions in January 2020, the COVID-19 pandemic limited the number of collective bargaining sessions.

In fact, the NMB was not asked by the CBC unions to provide mediation until late January 2022, barely four months ago—and on the day in late April the CBC unions made their formal request to be released from mediation, four mediation sessions comprising five hours had occurred.

In opposing the CBC’s request to be released from mediation, rail management, bargaining as the National Carriers Conference Committee (NCCC), wrote the NMB that “the parties have not yet even had any discussion regarding many of the proposals on both sides,” with “dozens of compensation and work rule proposals from both sides [having] not even been discussed in mediation.” The CBC unions “declared their intent to seek release before mediation had even begun,” wrote the NCCC, alleging a lack of good-faith bargaining on the unions’ part.

Brotherhood of Locomotive Engineers and Trainmen President Dennis R. Pierce, who is the CBC’s lead negotiator, in seeking release from mediation, wrote the NMB April 25 that “throughout the negotiations, both prior to mediation and while in mediation, the NCCC has unrelentingly demanded significant concessionary changes to the current national health and welfare agreement,” and, as a result, “refuse to make any meaningful proposal concerning wage increases.”

The NCCC countered that it had “added roughly half a billion dollars in additional annual value by the end of the proposed agreement,” but “the unions simply refused to engage any further [complaining] the carriers had not met their demands. Mediation under the RLA is mandatory. It is not a ‘check-the-box’ exercise where either party can decline to meaningfully engage,” the NCCC said.

The CBC unions also rejected an advance of $600 per month to each member intended by railroads to ease the pressure of retail price inflation while the two sides continue in mediation.

For sure, the issues are complex and difficult even to summarize in just four mediation sessions. As the April STB hearing revealed, higher wages (railroaders already are in the top 6% of wage earners nationwide) are not the answer to a railroad hiring problem; yet alternatives to operating plans that might improve employee lifestyles have not been discussed in mediation.

As to healthcare insurance plans, railroads already are paying some $1,700 monthly for each employee, with the employee share frozen at under $230 monthly since July 2016. This is almost unprecedented elsewhere in the private sector and far below what congressional staff and federal agency employees pay for less generous healthcare insurance plans. Healthcare costs, meanwhile, have been increasing without respite.

Although unions point to record rail profits, unions in previous bargaining rounds rejected tying compensation to carrier profitability. Again, the subject begs for greater attention than has been given during just four CBC mediation sessions.

Actually, many of these issues are ripe for Alternative Dispute Resolution (ADR), which proved of value in previous rounds. Rather than the parties trading demands, ADR creates a non-confrontational, fact-based dialogue emphasizing shared interests and joint problem solving rather than arguing opposing positions. It is a process used effectively by former NMB members Maggie Jacobsen and Harry Hoglander, both Democrats, in previous rounds of rail bargaining, and is a process in which Puchala has shown interest and expertise.

* The two unions negotiating separately with the carriers are the Mechanical Division of International Association of Sheet Metal, Air, Rail and Transportation Workers (SMART–MD) and the Brotherhood of Maintenance of Way Employes (BMWED).