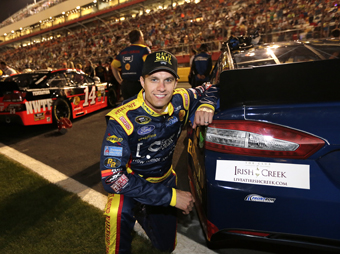 CSX will also be a major associate on the No. 34 at Pocono Raceway Aug. 3 and at Charlotte Motor Speedway Oct. 11. The familiar “I Brake for Trains” bumper sticker will once again be on the back of Ragan’s Ford Fusion for all 36 races of the Sprint Cup schedule.

CSX utilized its sponsorship of Front Row last year to successfully communicate the dangers of trespassing on railroad tracks and the need to “stop, look, and listen” at grade crossings to its target demographic of males age 18 to 34. The 28-year-old Ragan regularly spoke to fans about rail safety through social media, through traditional media interviews, and in person at public appearances, where he often handed out “I Brake for Trains” bumper stickers. 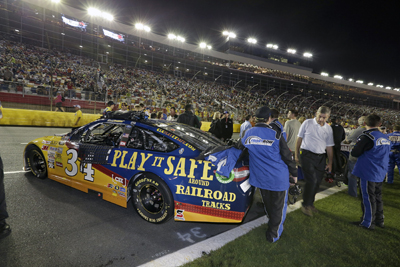 “NASCAR provides a highly effective platform to communicate a very powerful safety message, and having a spokesperson who is very likeable and articulate and happens to be in the target demographic we’re trying to reach makes for a winning combination,” said Gary Sease, CSX Corporate Communications Director. “David brings unique credibility to the message that walking on tracks is reckless behavior that can be deadly.”

“The renewal and growth of the CSX-Front Row partnership is further affirmation that the race team is a good fit for companies looking to grow their motorsports presence,” added Sease. “CSX is one of multiple 2013 sponsors returning for 2014 with expanded programs.” 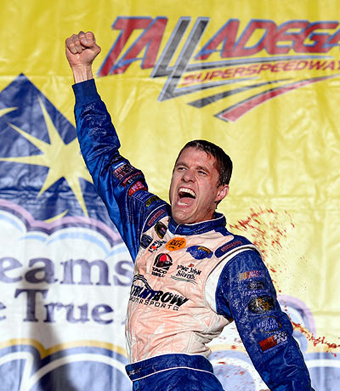 “We developed a great relationship with CSX last year, and we actually grew together as the season went on,” said team owner Bob Jenkins. “We celebrated our first team win at Talladega with the 34 car (click here to see a video of that race’s thrilling finish), and CSX jumped on the opportunity to celebrate that win by joining us for the All-Star race. And this year the program is even bigger. We’re proud to be partnering with a successful Fortune 500 company and helping to spread their message.”

“Having CSX return and grow with us from one season to the next is evidence of the value Front Row Motorsports can provide to a company with a message to share,” added team Marketing Director Mike Laheta. “We not only appreciate their support, but appreciate their commitment to promoting safety and saving lives.” 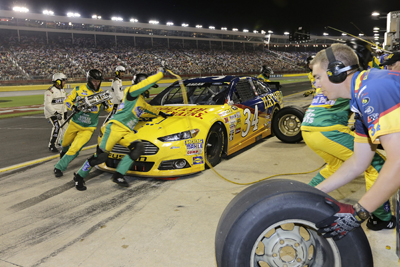 “It’s going to be a great start to the new season, knowing we have CSX back with us,” Ragan said. “We had a lot of fun last year—I got to get behind the controls of a locomotive and everything. We learned a lot and we shared what we learned with our fans, and we’re going to keep spreading the ‘Play It Safe’ safety message this year.”

The NASCAR Sprint Cup Series season opens with the Daytona 500 in Daytona Beach, Fla., on Feb. 23. The race will be televised live on FOX at 1 p.m. ET. The No. 34 CSX Ford will also be on track throughout the “SpeedWeeks” leading up to the “Great American Race,” including the Budweiser Duels qualifying races, which will be televised live on Feb. 20 at 7 p.m. ET on FOX Sports 1.