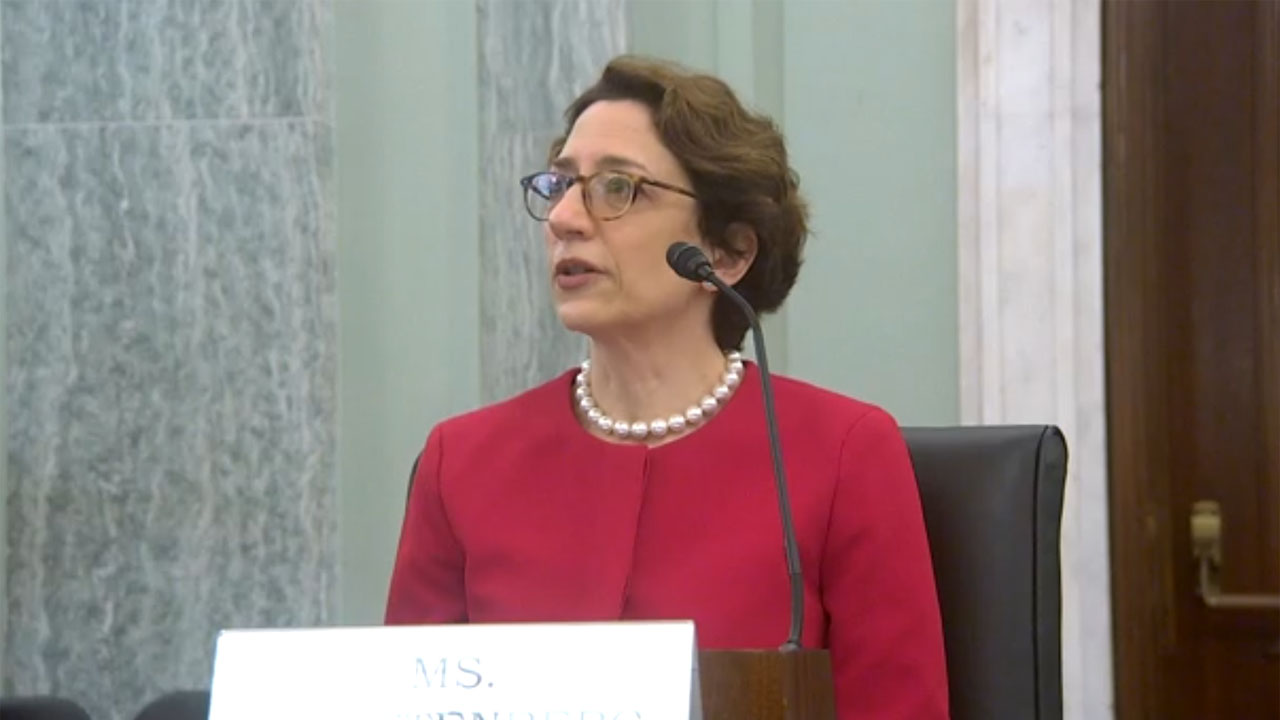 If confirmed Deputy Secretary of Transportation, Polly Trottenberg will make the Gateway Tunnel Project a priority, she said during her confirmation hearing before the Senate Committee on Commerce, Science, and Transportation.

Trottenberg, the former New York City Transportation Commissioner, was tapped for the new role in January by then President-elect Biden.

At her March 3 hearing, Sen. Richard Blumenthal (D-Conn.) questioned Trottenberg specifically about the Gateway Tunnel Project, a more than $11 billion project aimed at building two new rail tunnels for Amtrak and New Jersey Transit service between New York and New Jersey and rehabilitating the existing North River Tunnels, which were built in 1910 by the Pennsylvania Railroad and, in addition to their age, were severely damaged during Superstorm Sandy in 2012.

“Clearly, in my view, without the Gateway Project, our rail and possibly other transportation systems will collapse on the East Coast,” Blumenthal said. “As much of an exaggeration it may seem to say it that way, it is literally true that the tunnel is decaying and increasingly decrepit. It poses a danger to transportation up and down the East Coast. It could literally cripple the transportation grid as we know it now, and yet there have been delays and foot-dragging and finger-pointing.”

Not only did Blumenthal want to know if the project would be a priority for the USDOT, he wanted to know what Trottenberg viewed “as necessary to cut through the obstacles that have plagued it so far.”

Trottenberg called the project one of “national significance,” and agreed it would have “a massive ripping impact if we were to see those [more-than] 100-year-old tunnels under the Hudson River for some reason need to be shut down.” She told Blumenthal and the Committee that President Biden and Transportation Secretary Pete Buttigieg “have spoken about this project, and that the Department is going to be hard at work making sure we are picking up the pace and expediting the environmental and other approvals needed for this project, and working closely, I think, with the Congress as well to make sure we have a financing and funding scheme that can get the project done.”

Blumenthal also asked Trottenberg what Congress should be doing. “I think, again, the Administration—I haven’t been confirmed yet, I’m not in the door—but my understanding is they are hard at work going through environmental and other approval processes, and starting to talk to the project sponsors about what else might be needed, what kind of funding and financing might need to be in place. And that may be potentially a place where the Administration will be coming back to Congress for further discussion,” Trottenberg responded.

Underlining his interest in the project, Blumenthal asked Trottenberg if she would provide a status report within two to four weeks of her confirmation, of which he was “optimistic.”

“If confirmed, I certainly will, Senator, and I agree, this is not a project that we can fail to complete,” Trottenberg said. “We are going to have to find a way to do Gateway.”

In his final question, Blumenthal asked if Trottenberg envisioned “innovative, new ways to finance” the infrastructure work that the Biden Administration is committed to. She pointed to bipartisan consensus about “finding a way to invest more resources in transportation. And part of that is, certainly, I think, looking at innovative financing, see[ing] if there are ways we can bring in private investment.” Trottenberg said that some steps were taken “to try to make those credit programs more user-friendly,” during the Obama Administration, when she served as Assistant Secretary for Transportation Policy and Under Secretary for Policy at USDOT. “And I think the [Trump] Administration did as well. There’s more work, clearly, that needs to be done there to make the programs user-friendly, to make sure the costs are low for potential applicants, to make sure we’re tailoring them, that they can really help projects get off the ground, and do it in a cost effective way. And I think there can be places where private sector innovation can play a greater role. It’s certainly something I’m interested in working on if I’m confirmed.”