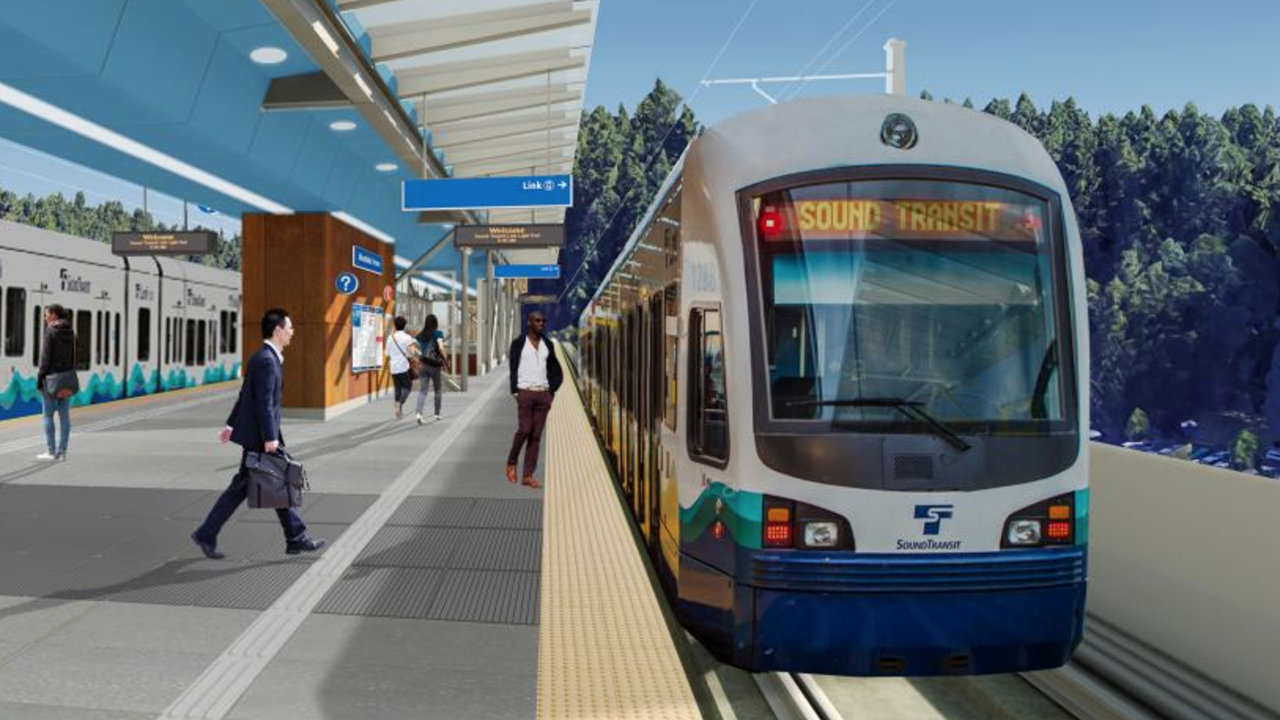 Artist Rendering of the Lynwood Link Light Rail Extension’s Mountlake Terrace Station, which is due to open in 2024.

The USDOT estimates that the loans will save Sound Transit—the regional transit system serving the Seattle and Central Puget Sound area in Washington state—more than $630 million over their term and help move the agency projects forward.

• Replacing the current loan for the 4.3-mile, three-station Northgate Link Light Rail Extension, which is scheduled to open for passenger service on Oct. 2 (see map below).

• Refinancing the Operations and Management Facility East projects that will support the agency’s growing fleet, as well as three light rail extensions: the 14-mile, 10-station East Link, which is slated to open in 2023; the 8.5-mile, four-station Lynnwood Link, which is expected to open in 2024; and the 7.8-mile, three-station Federal Way Link, also due to start service in 2024.

The Build America Bureau administers the TIFIA credit program, which was established under the Obama Administration as a “one-stop-shop to streamline credit opportunities while also providing technical assistance and encouraging innovative best practices in project planning, financing, delivery and operation,” according to the USDOT. “The Bureau has the resources and full commitment to provide additional flexibility and financial assistance to transportation projects in regions impacted by the COVID-19 pandemic to minimize the negative effects and aid in the recovery from this crisis.”

“Refinancing our earlier TIFIA loans will create more than $630 million in savings for our region’s taxpayers, helping us deliver the largest transit infrastructure program in the country as quickly as we can,” Sound Transit CEO Peter Rogoff said. “Expanding the program to include the Downtown Redmond Link Extension expands our savings still further. With our population growing and our planet warming, the stakes are high, and we are creating truly impactful benefits. We thank Secretary Buttigieg, the Build America Bureau, and our congressional delegation for their dedicated leadership toward making our transit expansions possible.”

Responding to a $6.5 billion affordability gap, the Sound Transit Board in August adopted a realignment plan that guides delivery dates for voter-approved transit projects that are not already under construction.