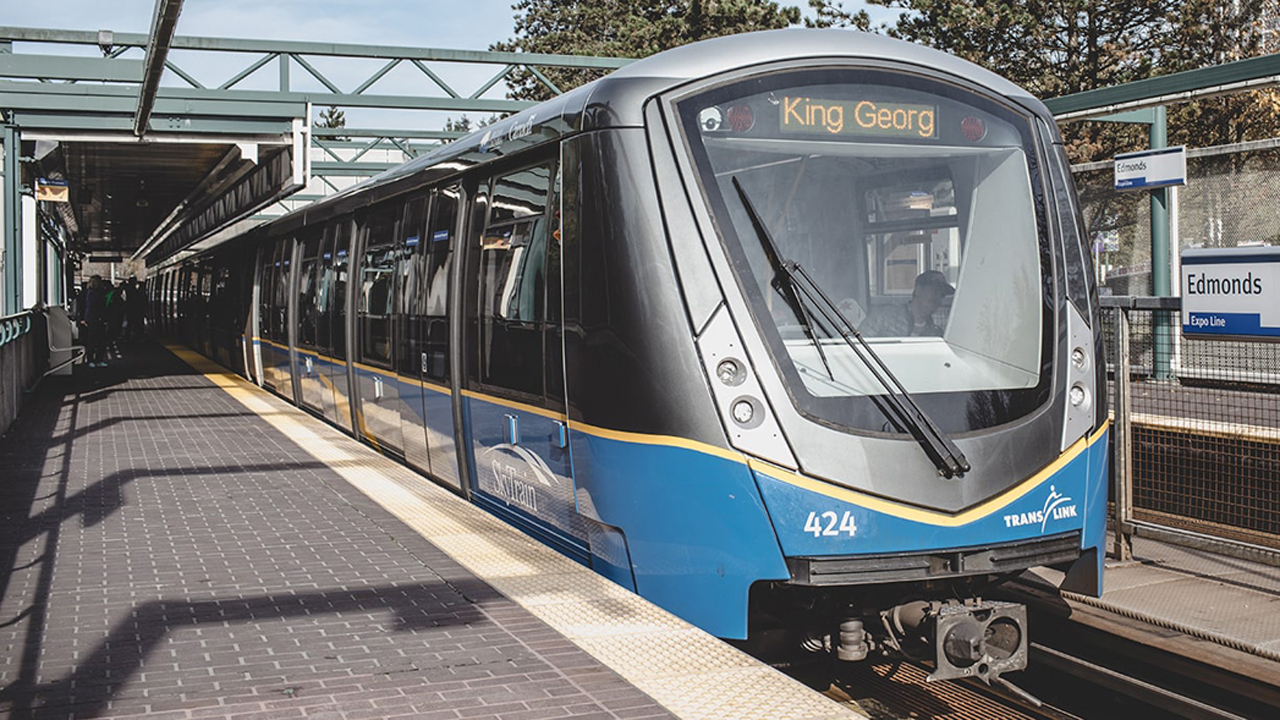 The Canadian government will provide up to C$1.3 billion (US$1.04 billion) for the Surrey Langley SkyTrain extension, a more than C$3 billion (US$2.4 billion) project to expand metro Vancouver’s Expo Line 16 kilometers (9.94 miles).

The investment represents up to 40% of eligible costs; the government of British Columbia and other partners are funding the remaining costs of up to C$2.54 billion (US$2.04 billion), according to the Prime Minister’s Office, which made the announcement July 9.

The automated rapid transit system extension will run from Surrey’s King George SkyTrain Station to the Langley city center along Fraser Highway (see map below). It will include eight new stations, three bus exchanges, 30 SkyTrain cars, an operations and maintenance center, supporting system upgrades, and park and ride spaces. Ridership is projected at 62,000 per day in 2035, growing to 71,200 in 2050.

The government of British Columbia has committed to taking over ownership and delivery of the project and completing it out to Langley. Once the new line is built, TransLink will serve as operator.

“The populations of Surrey, Langley and other Fraser Valley communities are growing quickly, and we must build infrastructure to meet the needs of those families,” said Rob Fleming, British Columbia’s Minister of Transportation and Infrastructure. “We thank the government of Canada for joining the Province on our commitment to Surrey Langley SkyTrain, and we are excited to move forward on this important transportation project which will serve people for years to come.”

The Canadian government also announced a commitment to fund up to 40% of eligible costs toward future planning and business case development for a proposed extension of the Millennium Line from Arbutus Station to the University of British Columbia (UBC). (See map below.) Currently under way is the Broadway Subway Project, a 5.7-kilometer (3.5-mile) extension of the Millennium Line from VCC-Clark Station to Broadway and Arbutus, which is due for completion in 2025.