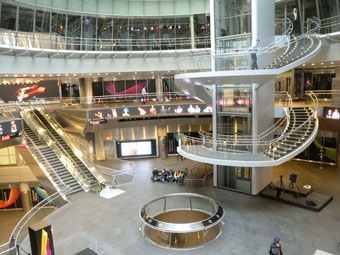 Subway riders and other pedestrians in downtown Manhattan, alerted to the pending opening, began using the new hub at 5:00 a.m. local time, with most adapting quickly to new walkway travel patterns as if the station had been there for years.

MTA, city, and state officials marked the opening at a ceremony Sunday, Nov. 9, which included remarks on the adjacent Dey St. Concourse, eventually to link the E train and the PATH transit hub, located west of Fulton Street Transit Center at the World Trade Center.