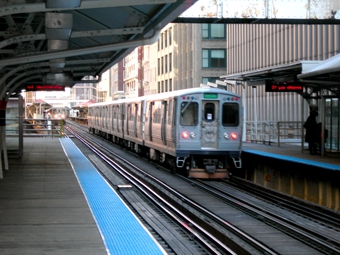 In 2017 the Chicago Transit Authority is marking its 70th anniversary as a governmental organization when it took over operations of the city’s buses, streetcars and trains, and its role in the growth and development of Chicago.

“The CTA will forever be woven into the fabric of Chicago,” said Mayor Rahm Emanuel. “The CTA is not only a celebrated part of our City’s past, but also a key component of our future.”

“For 70 years, Chicagoans have looked to the CTA to get them where they needed to go,” said CTA President Dorval R. Carter, Jr. “Our 70th anniversary gives us the chance to not only reminisce about our proud history, but also to look ahead to the improvements and investments we’re making to serve customers for another 70 years.”

The agency throughout the year plans tours, ridership promotions, contests and giveaways, to celebrate its anniversary. The Heritage Fleet of vintage trains and buses will make a number of public appearances as part of the celebration. The CTA has also launched a new Instagram account – @ChicagoCTA – to showcase historical photos, many of them rarely seen.

There will be a special celebration to mark the 125th anniversary of the ‘L’ in Chicago on June 6. The city’s first elevated railway, the historic “Alley ‘L’,” opened in 1892, and a year later was extended to bring passengers to the World’s Columbian Exposition in Jackson Park.

Prior to 1947, a number of privately owned companies built and operated elevated train, streetcar and bus lines throughout Chicago. The CTA was created by state legislation in 1945, consolidating street railway and rapid transit systems. While CTA officially began operations on Oct. 1, 1947, a third company that only operated buses was acquired 1952, completing the consolidation of mass transit in the city.